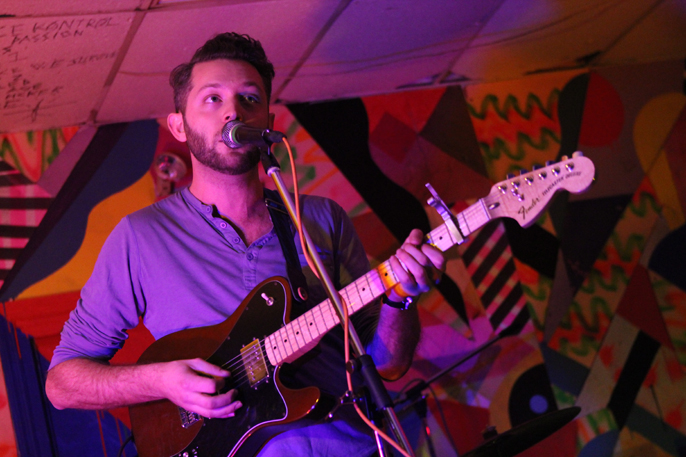 “Did I mention how it’s fucking cold?” cracked ARMS frontman Todd Goldstein, making light of the frosty New York City weather during their set at Death By Audio. It was a polar vortex-worthy night with low temperatures and freezing winds, but fuck it, dedicated to the pursuit of awesome music, Pretext was there. Despite the cold I felt over dressed in my faux fur lined I-might-have-stolen-this-from-Penny-in-Almost-Famous knee length coat juggling camera bag and over stuffed purse.

ARMS’s songs are catchy and familiar, such a melting pot of influences that makes it hard to directly pin their sound to other bands. The very first time I saw them play I immediately drew comparisons to Paul Simon’s Graceland thanks to the diverse rhythms within the drums. Goldstein’s voice has a folksy quality to it — like if Richard Shindell had a second cousin. The bass lines move intently with fluidity and grace around song arrangements with intention, carrying a fair share of the melodic hooks within ARMS songs. Vocal melodies have an effortless quality to them, as if there was no other way you could possibly sing those words. Resting in a universal comfort zone of contemplation and reflection, they dig into my memory reemerging days later at my office, during my commute, and while I’m trying to fall asleep. Drums move beyond standard indie-rock beats having melodic hooks within their full use of the kit and some other fun extras including the occasional woodblock. The percussion choices were first to seduce my ears, inspiring my lusty appreciation of ARMS. I find their songs easily identifiable just by their drumbeats, and that’s the sign of a great drummer. As a whole, ARMS is definitely a band that rises to the “Hey I saw this band last night that you need to hear” category, to the “worth talking about tomorrow, worth looking up when I sober up, worth following around and revisiting at every chance possible” category. It gives me the same feeling as meeting a friend’s kid, full of familiar qualities and quirks, but wholly their own person.

As performers, ARMS twist, bob and jive to life on stage. Goldstein flips from chicken-like head twitches reminiscent of McJagger’s bobbing to dead-on focus accented with the appropriate eye-widening for emphasis. The concrete walls of Death By Audio were no match for the chilly weather, those few in the audience who were not completely frozen matched my own bobbing, swaying, and occasional hip shaking. Well worth the risk of frostbite, we departed the way we came spilling out into South Williamsburg in search of some whiskey and warmth, another music-filled night coming to a close. 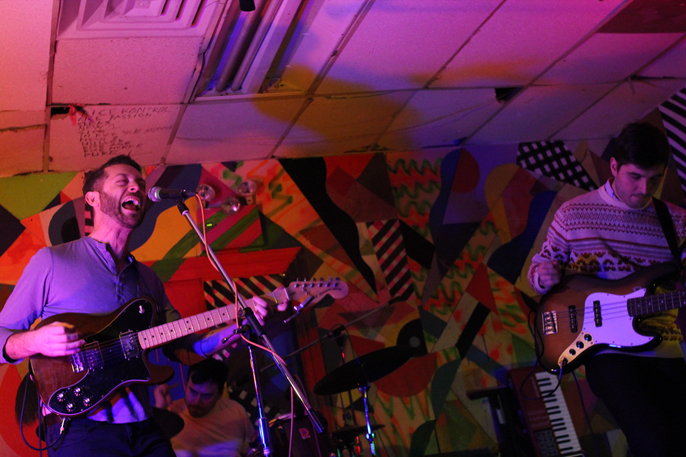 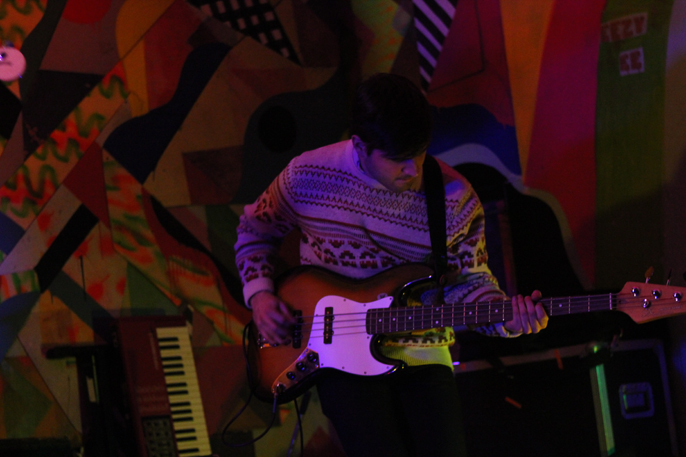 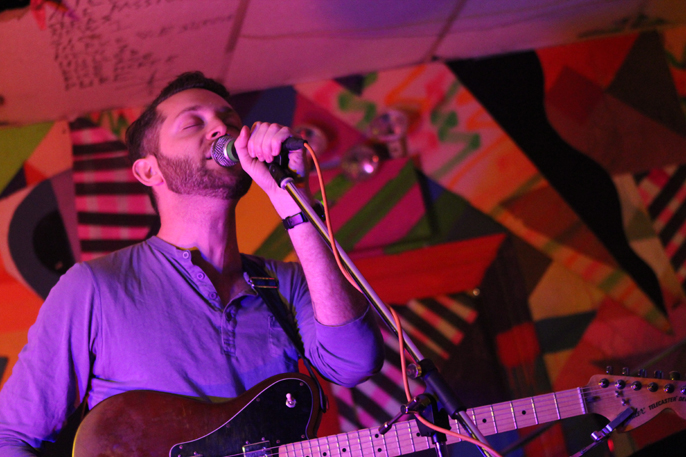