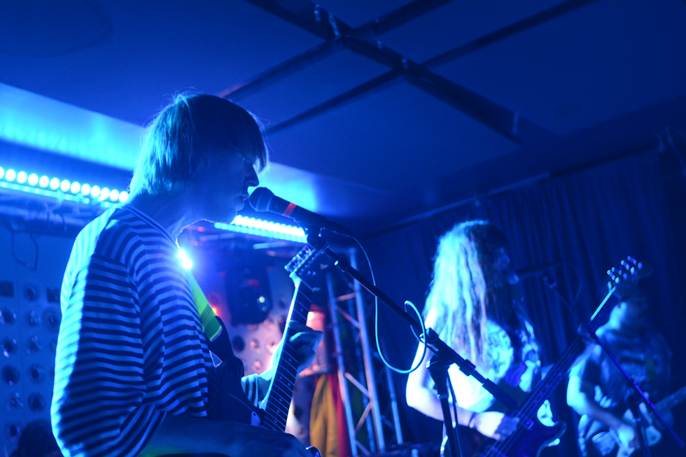 This fine snowy evening at Baby’s All Right, Brooklyn-based 90’s revival trio Total Slacker was throwing a massive release party for their new album Slip Away, out on Black Bell Records.

What made this night particularly fun was that this is a band whose been on the scene for a while, so a majority of the packed house was filled with other bands, promoters, venue owners, and loyal fans. There were clearly a lot of friends in the audience and this led to a warm reception of all the bands performing.

As I approached the doorman, I curse under my breath, digging through my purse. “I just had it this morning,” I stall, “Hold on.” The bouncer gives me an eye and simply says, “No ID, no entry.” My friend,who’s tagged along for the show, just laughs before heading inside. I hopped a cab back to my apartment where I tear apart my room only to find my expired ID, still with the screaming all caps “UNDER 21” plastered across the front, now many years out of date, and the only available option. After some awkward, bordering on inappropriate, conversations about where he might be able to get weed — I didn’t know — and how practice makes perfect, the driver dropped me right back at Baby’s All Right. 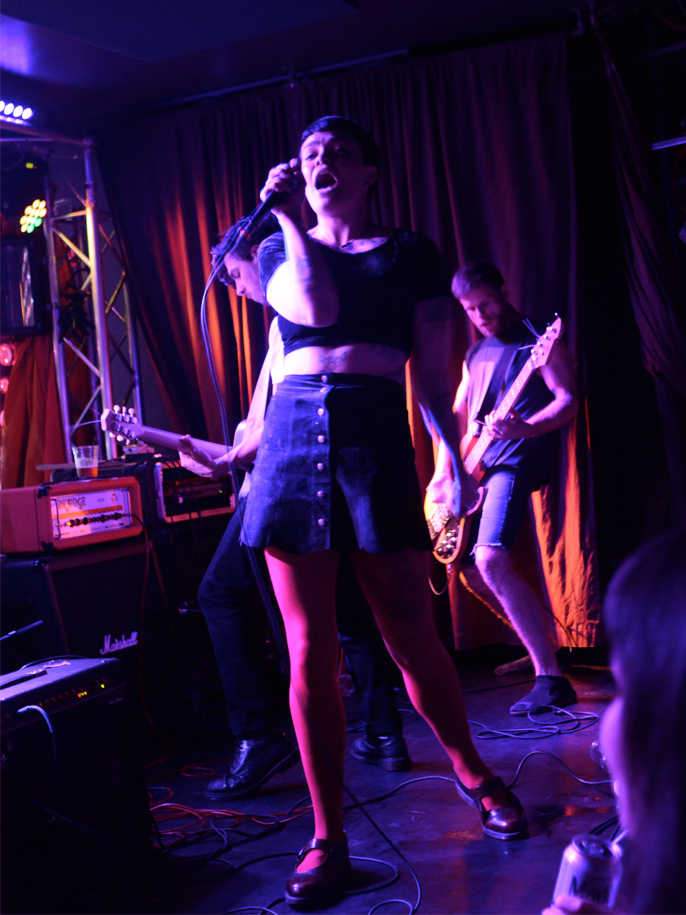 Despite my little detour, I arrived just in time to catch the end of Honduras’s set. Up next was electro-rock outfit Life Size Maps, lead by the quirky Mike McKeever. They performed better than I’ve ever seen them in the past. Their brand of electro pop is fun, although seeing frontman Mike McKeever live looks a bit awkward bopping about to his own songs. Perfect Pussy was third. They were loud, and I mean beyond standard rock and roll loud. It was blow-out-your-ears-even-the-deafest-of-musicians-flinched LOUD. Their energy matched, blowing off the rooftop, demonstrating that lead singer Meredith Graves continues to deliver chaos wrapped in a bow of gorgeous. 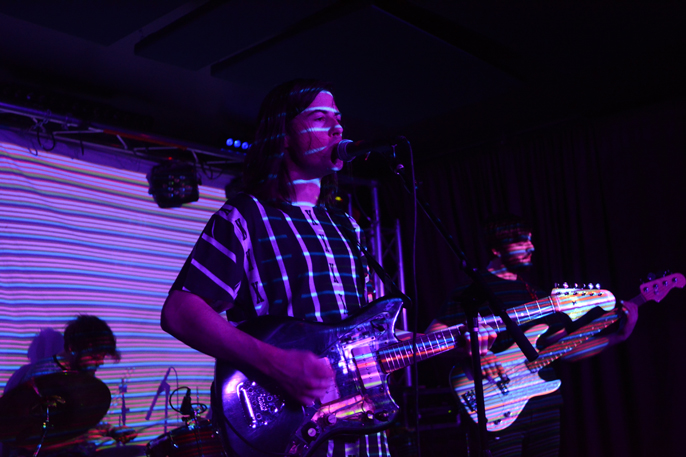 Finally the main attraction, Total Slacker took the stage. I’ve actually never seen them play before. They have always been one of those bands I kept missing for one reason or another, so I was excited to see them, especially in a room full of fans. The show was great! They had insane lights — dizzying flashing, make a library exciting, lights. Lead singer Tucker Rountree came across as the kind of guy you imagine as being the nicest, friend-zoned, picked on in high school, nerdy but only maybe smart, type of guy. His nasally vocals were endearing in a way that made him embody all things underdog. The kind of underdog you would immediately want to vote for to be class president. Bass player Emily Oppenheimer left an impression as well with her diggable, cool. “I wear John Lennon glass all the time” swagger. Drummer Zoe Brecher brought the swag too with his head-tilted bobbing that kept time. And guitarist David Tassy looked like a cartoon character willed to life by the music. Total Slacker absolutely crushed their 90s inspired set both sonically and visually. Some songs stood out more than others, such as opener “Keep the Ships at Bay,” sludgy single “Sometimes You Gotta Die” and closer “Touch Yrself.”

I’ve noticed this band gets a lot of slack for their highly derivative sound — from their selection of guitar effects, I’m reminded of Nirvana’s opening to “Come As You Are.” And with their lyrical big gulp references, it’s clearTotal Slacker has its head stuck in early 90s-era rock. They rocked hard and milked those soft to loud transitions with all the sludgy heaviness required to make the crowd just loose their shit when that distortion clicks on. Maybe if I were a little older, had I actually lived through any of that time consciously, I’d feel somehow more inclined to comment on whether those references are a good or bad thing, but quite frankly, it just didn’t matter. The lights were going crazy, kids were jumping on each other, and you just wanted to scream along — that’s a good fucking time, the end. 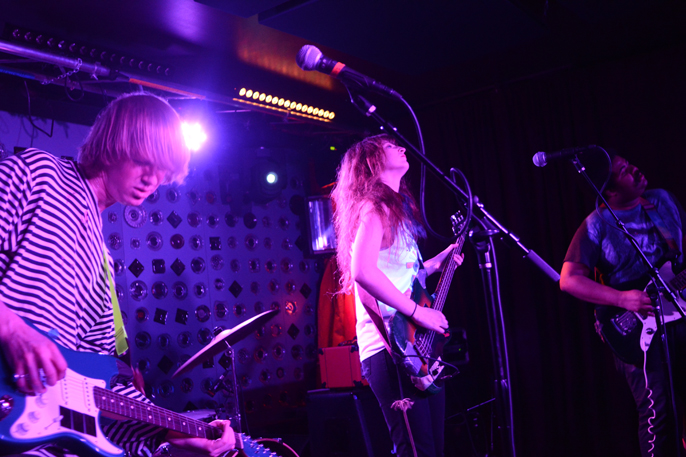 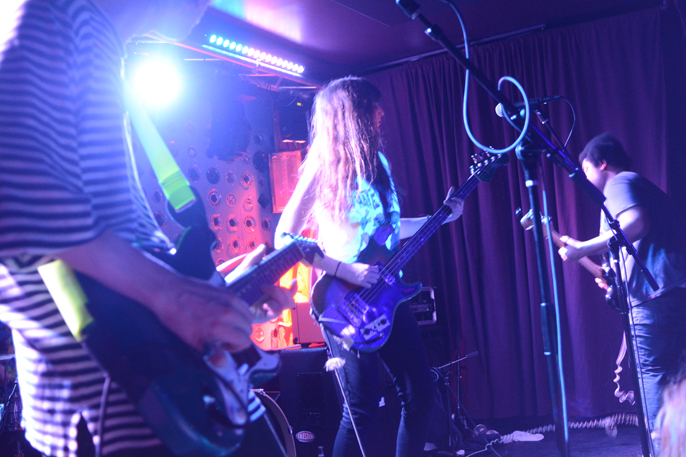