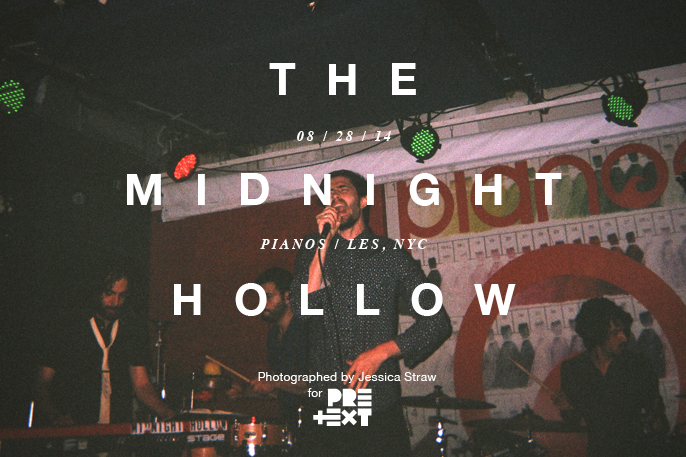 Having been a steadfast follower of The Midnight Hollow since their perceivable inception, I’ve found it quite pleasurable to witness firsthand their evolution as a band. But alas, my dedication wavered when this city, as it so often does, distracted me with the many other shiny ways to consume my time. Not ’till a recent windy Thursday evening did I find myself in what felt like years at Pianos for the first Midnight Hollow show I’d seen in what felt like years.*

Joining the familiar and always charming faces of Spencer Draeger (vocals/guitar), Andrew Segreti (drums), and Matt Leibowitz (bass) on stage were a few new mugs since last I saw the band perform; Vahak Janbazian (percussion) and Michael Kammers (keys–though only for the night). Many of their loyal fans–whom Spencer often addressed between songs–were sprinkled throughout the audience as well as some newbies. Much to my surprise, one of those first-time listeners was a friendly face I knew almost from another lifetime. He was Segreti’s former bandmate and my erstwhile guitar guru–I wasn’t the most receptive of pupils. 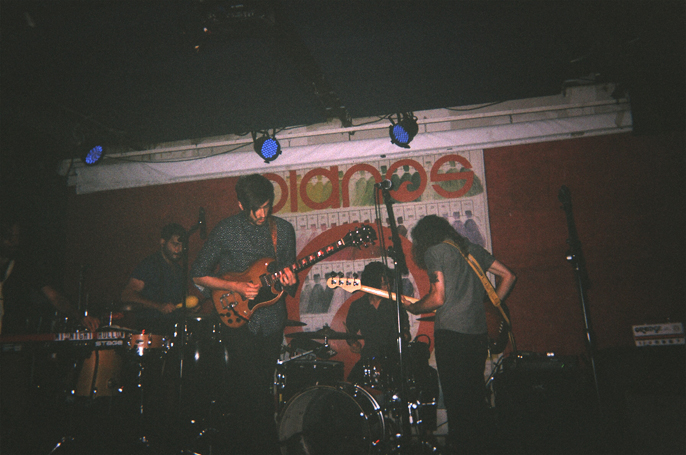 As soon as The Midnight Hollow began their set I found they hadn’t shed any of the hypnotic, Doors-reminiscent, psychedelia that first drew me to the, yet it was quite apparent how greatly their sound had evolved.

Segreti and Janbazian played so attune to one another that the percussion and Leibowitz’s bass blended into a beautifully complex avant-garde swarm of rhythm. Draeger’s emotive vocals appeared to have even expanded (and settled) into a broader range of notes than showcased on their debut EP. I found my eyeballs darting about the stage unable to make a decision on where to focus. I eventually landed momentarily on Segreti to gawk as he dramatically carried an uptempo beat (gotta love a drummer who knows how to play the rim). Each new song I heard was more captivating and memorable than the one before it thanks to nuanced, repetitive hooks and cleverly disguised pop structures. At one point, I turned to my old friend who was fulfilling my evening meal by offering handfuls from his bag of nuts (not a euphemism, it was for real a bag of nuts and some sunflower seeds, thankfully, ’cause I had skipped lunch*) to say, “they sound like Jimmy Hendrix and U2 had a baby.” 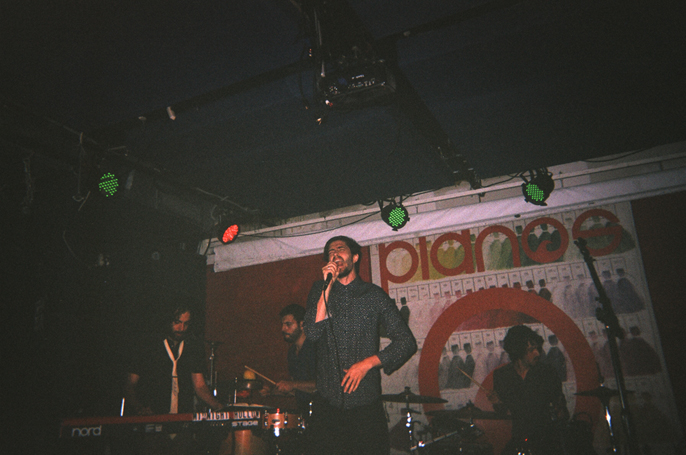 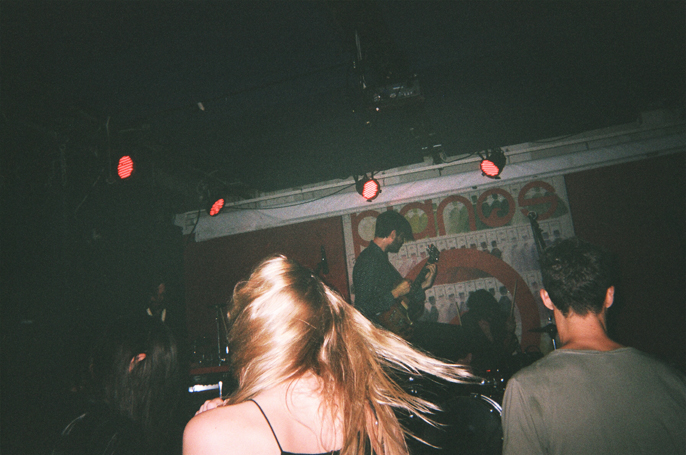 Although I would never in good conscience recommend taking a break from attending your favorite band’s shows, I will suggest you think back to a local favorite this city has distracted you from and attend their next show to find out how dramatically they evolved. And if you haven’t yet (or have) seen The Midnight Hollow, you should check them out Friday, September 26th at BK Night Bazaar (it’s free!). They’re sounding pretty fucking spectacular. 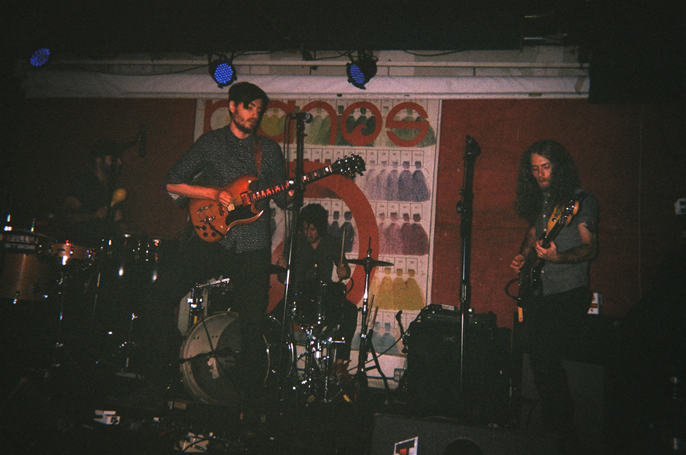 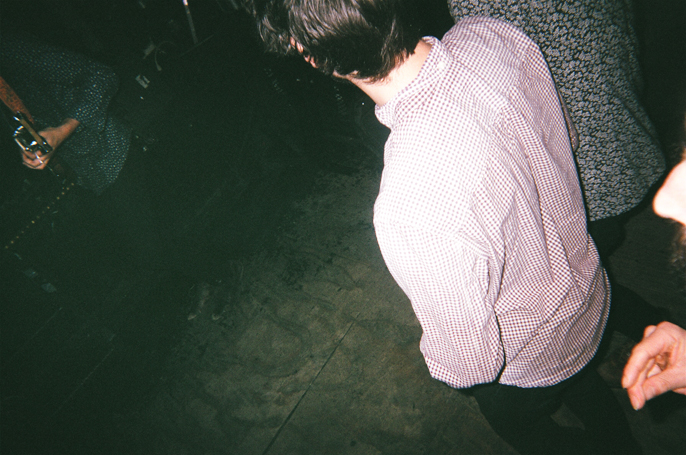 *I don’t particularly excel at math or time perception… It had been 8 months, 17 days since previously attending a Midnight Hollow show and 10 months, 11 days since covering a show.
**Midway through the set I realized my friend with his bag of nuts must be quite parched and I conveniently had a newly purchased soda water in my tote. Suffice it to say, the bottle exploded in his hands. 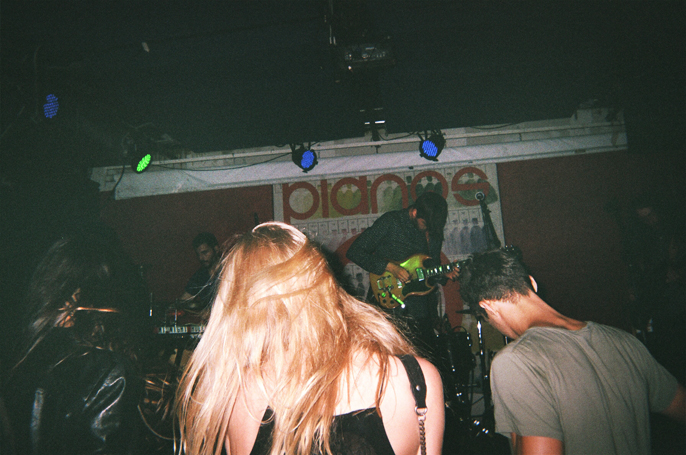 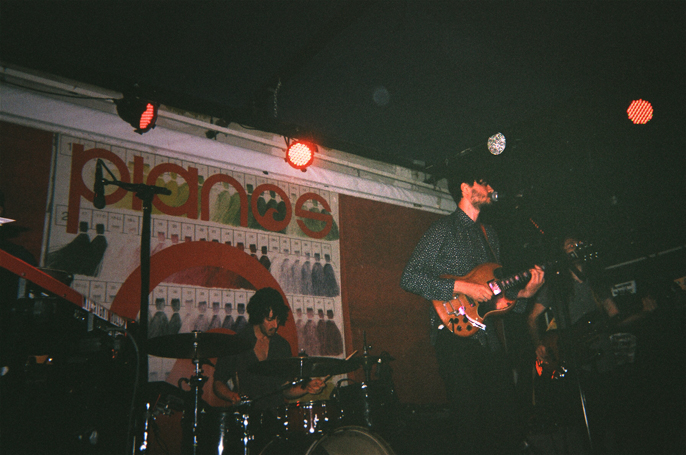