Chiara Angelicol (singer, musician, and founder of Bird Call) appears to be going through a reinvention of sorts. Her new EP Phantom Limbs presents vocals reminiscent of a young Gwen Stefani, but slowed down to Americanized dub-step, the inflections become sporadic and borderline whiny. Nonetheless, a definite improvement to the 2011 album Other Creatures with Bjork-inspired vocals and the track “Lost Cause” featuring Beck (?!). Watching Bird Call open for American Royalty at Glasslands was somewhat of a spectacle, like peeping into the bedroom of a girl first experiencing her sexuality, watching herself gyrate in front of a full-length mirror (as if taking queues for sexy dancing from Showgirls). Unfortunately the performance seemed contrived and self-aware rather than an honest embodiment and physical display of the music. But then again, she’s the one on stage with beautiful hair, amazingly sculpted biceps, and all the confidence in the world. I’m just the one on the ground watching.

The Takeaway: Purchase the track “When Fire Roams” off their new EP, there is definitely something intriguing happening there, with the potential to elevate your state of mind. See them live to witness Angelicol’s stage banter which goes a little something like: “I’ve never done this before, but I’d like to dedicate this song to these two cause they, like, just got engaged… or something?” and “Are there any creepy guys here tonight? Are there any creepy girls? [Pause] Just wanna make sure I’m not the only one.” 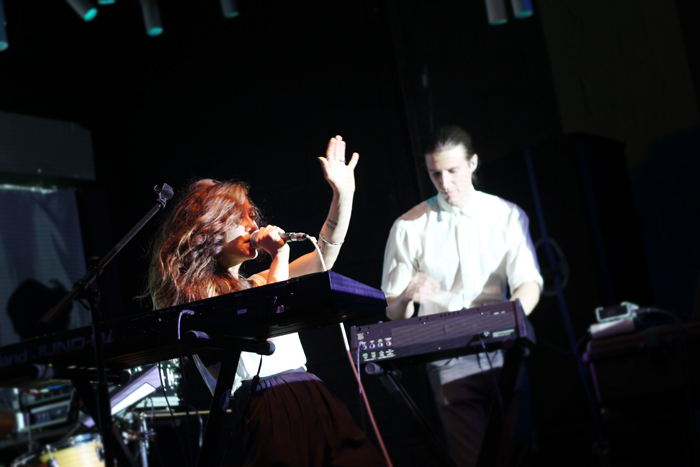 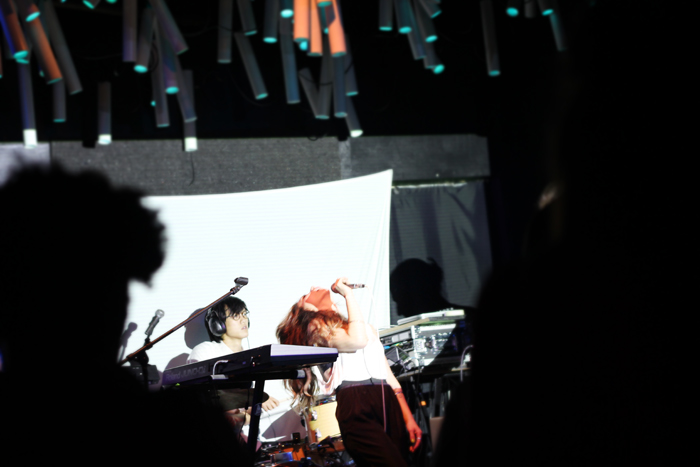 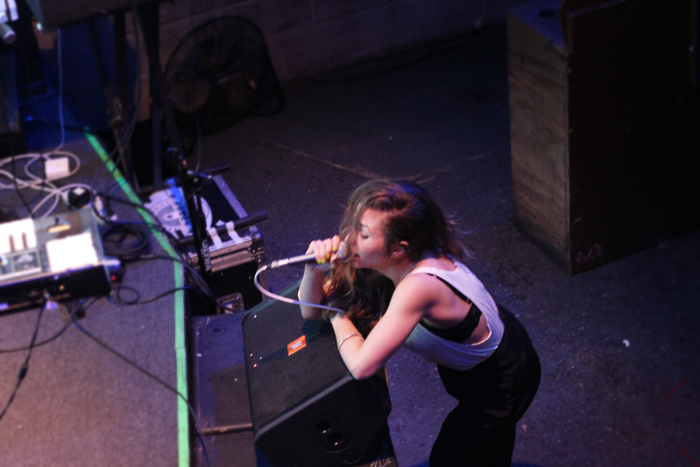 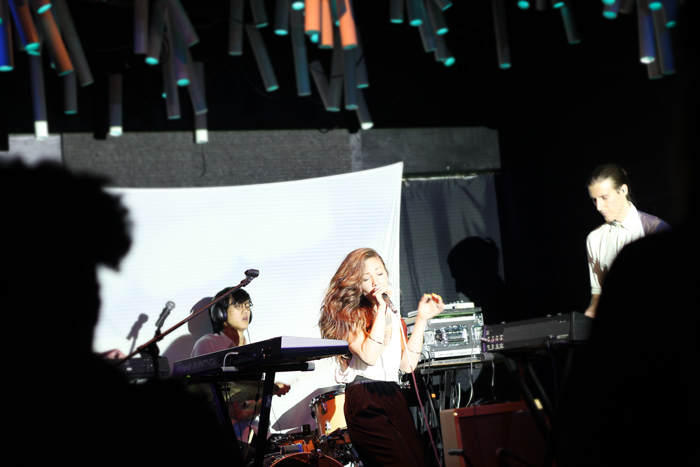