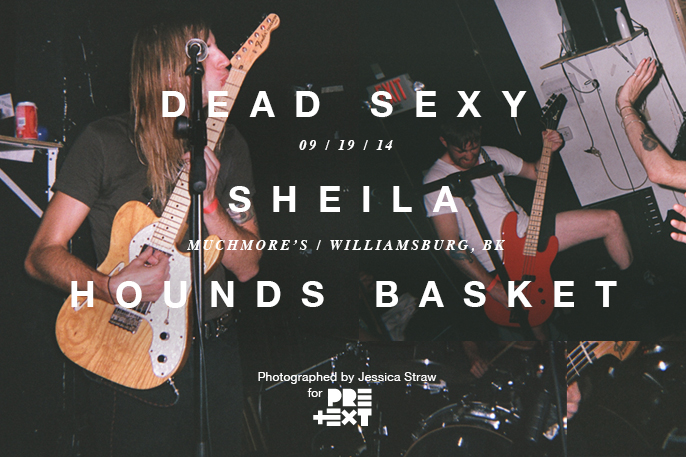 When Dead Sexy Sheila took the stage, I paused to tell my neighbor that this was by far the most mild setting I’d ever seen the psychobilly trio in. Not since my happenstantial first encounter of the band had my viewings not been within the rowdy atmosphere of DIY venues amid a flurry of half naked bodies and extremities swinging about. But alas, I spoke too soon, when someone in the crowd shouted “take your pants off!” The tone most definitely shifted. 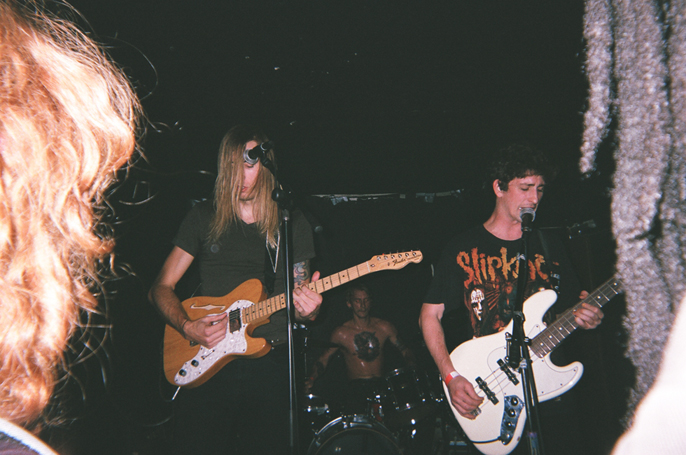 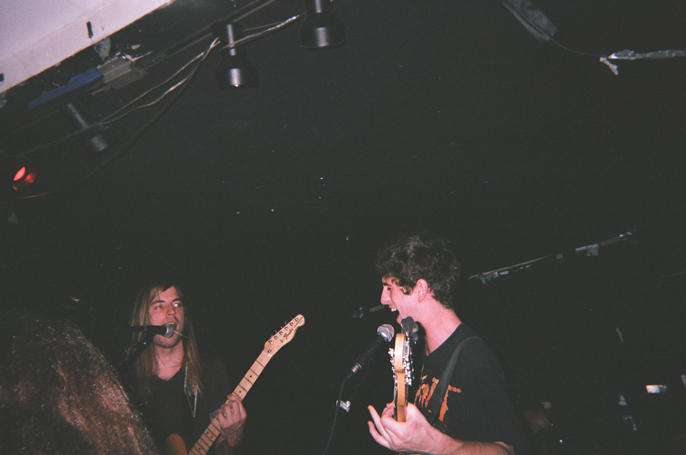 Unfortunately, Dead Sexy Sheila did not de-pants, but when the demand was shouted several more times during Hounds Basket‘s set, the guitarist obliged. As the evening progressed, the audience got increasingly rowdier, transforming Muchmore’s into something way more Bushwick, leading me to conclude that its location in Williamsburg to be on the wrong side of the tracks. The testosterone peaked during Bad Look’s closing performance, but sadly my disposable camera had already exposed its final frame. Till next time, Bad Look, I’ll be patient and wait to capture your good side. 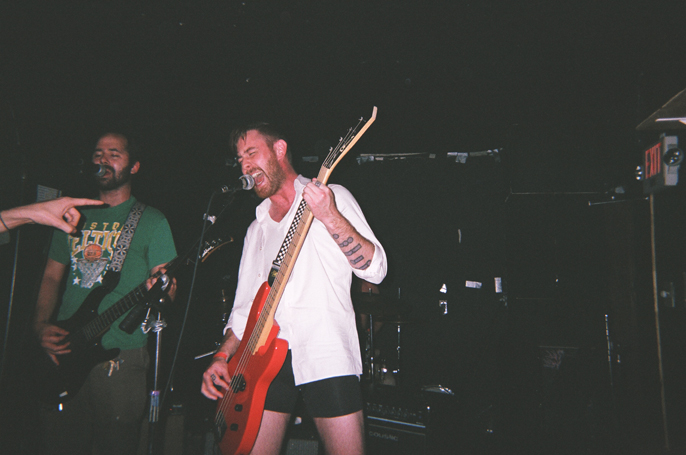 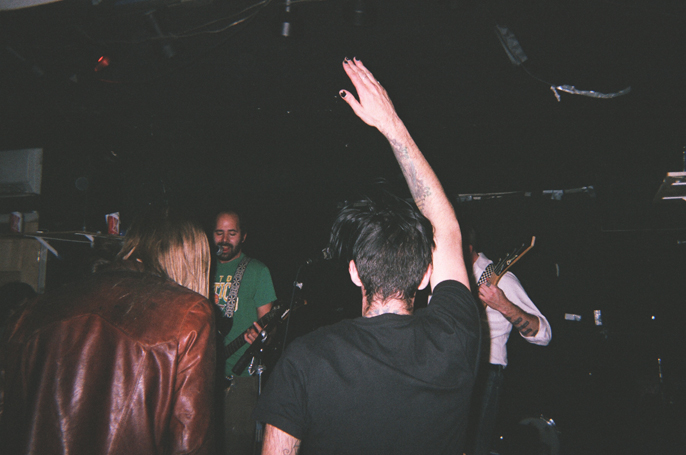 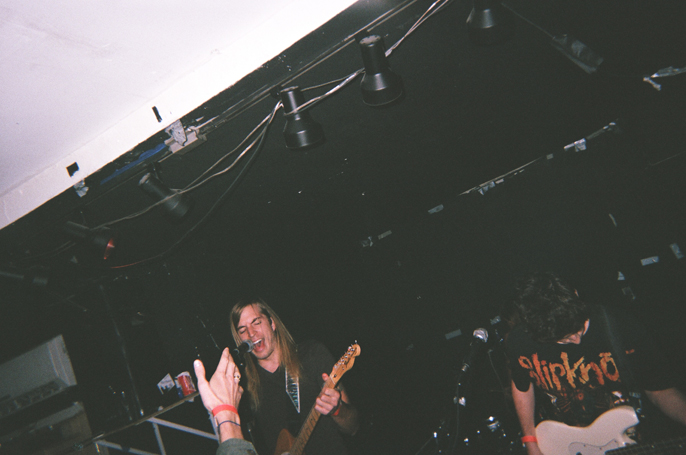 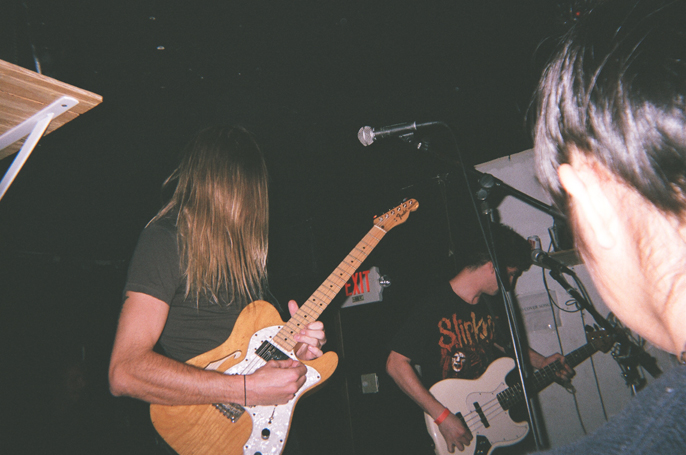 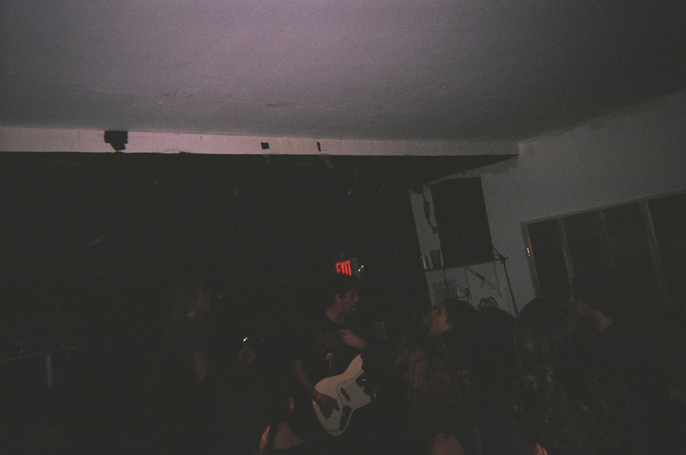 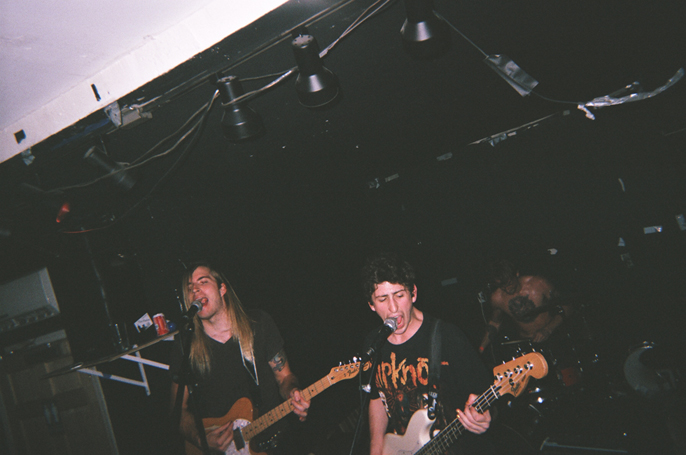 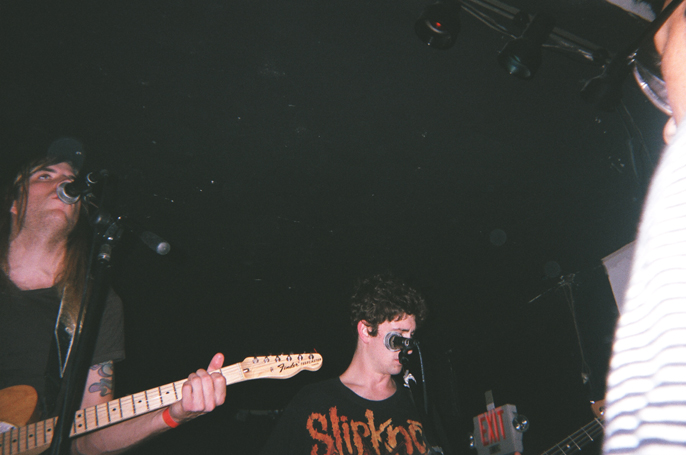 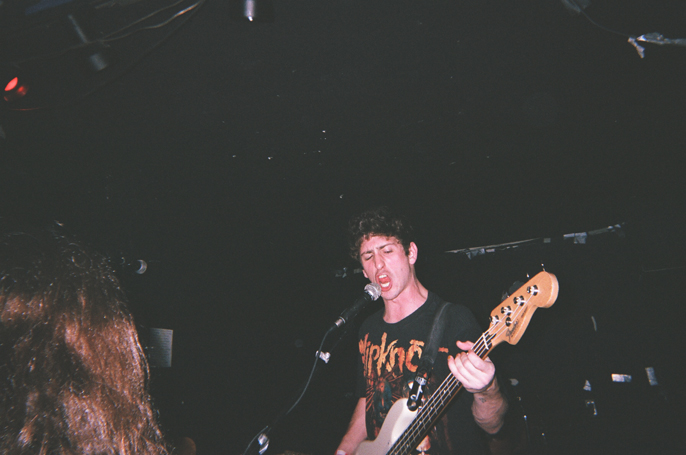 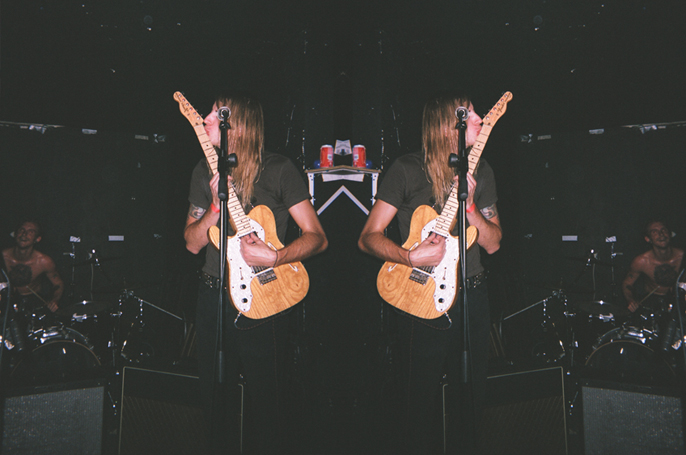 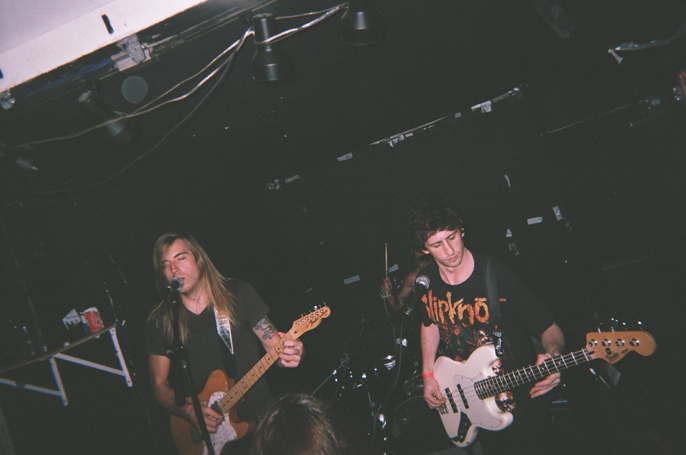 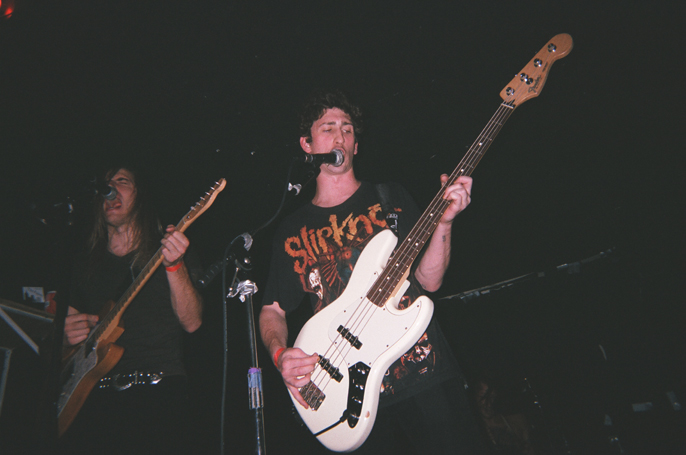 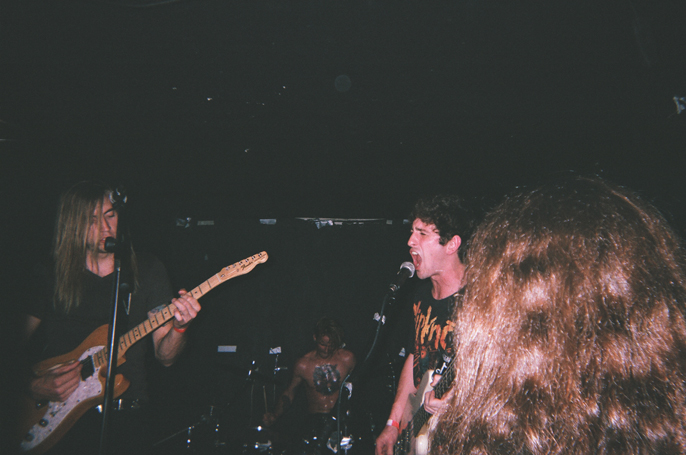 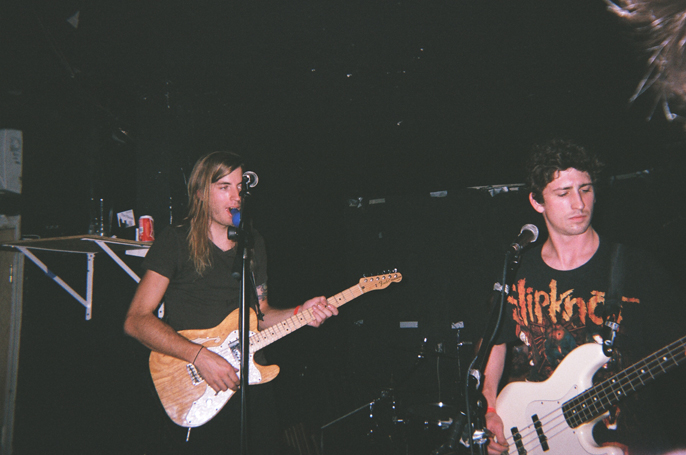 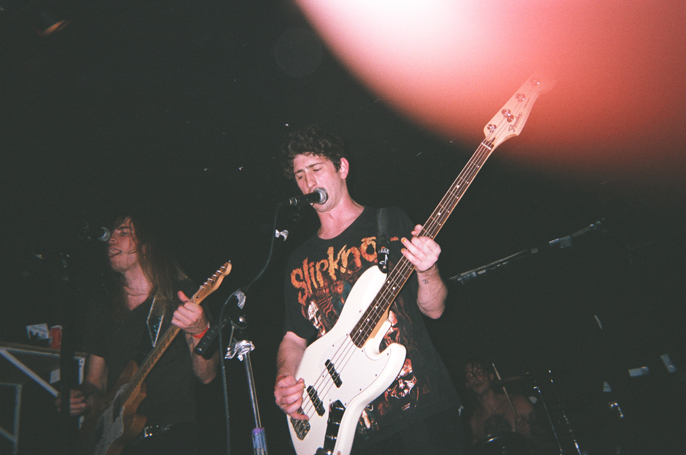 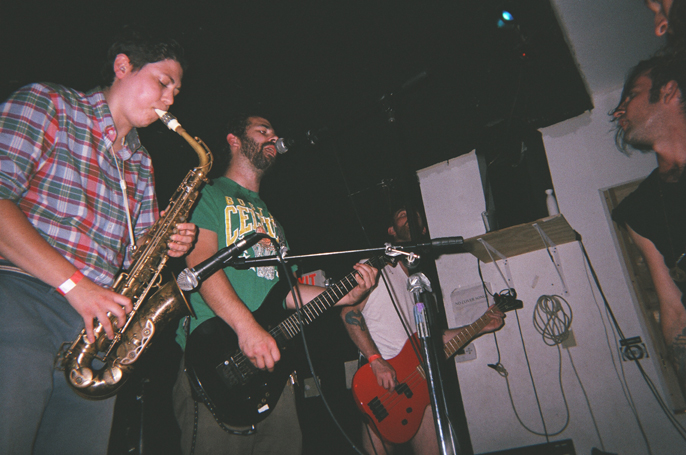 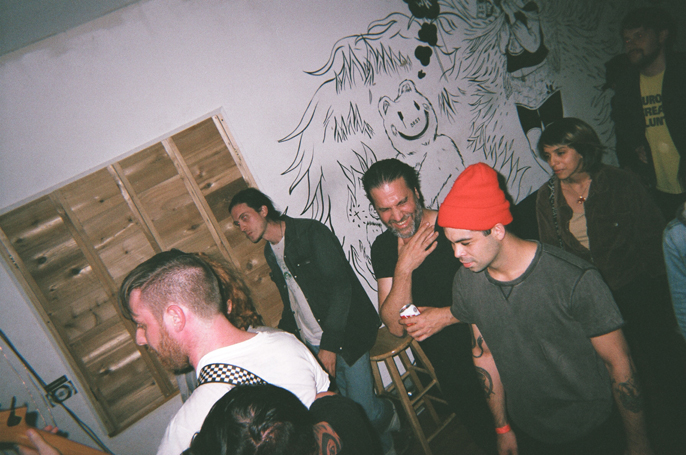 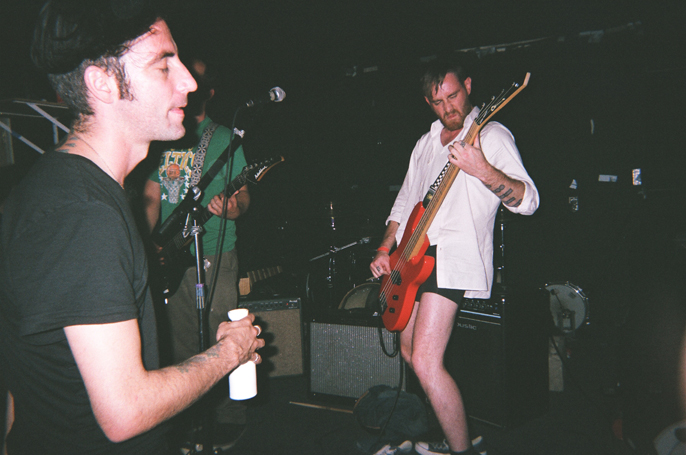 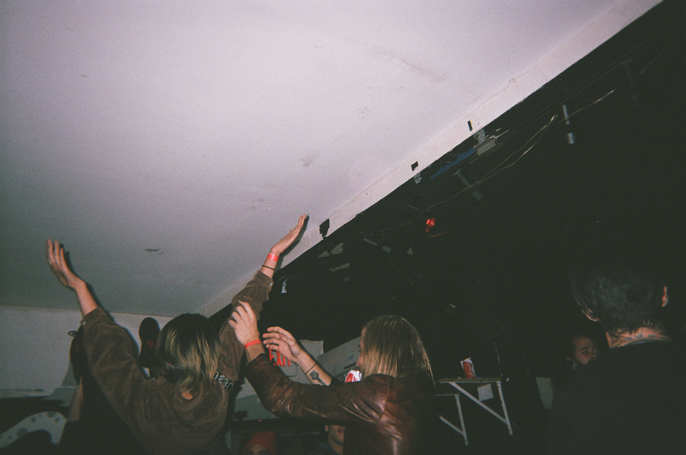 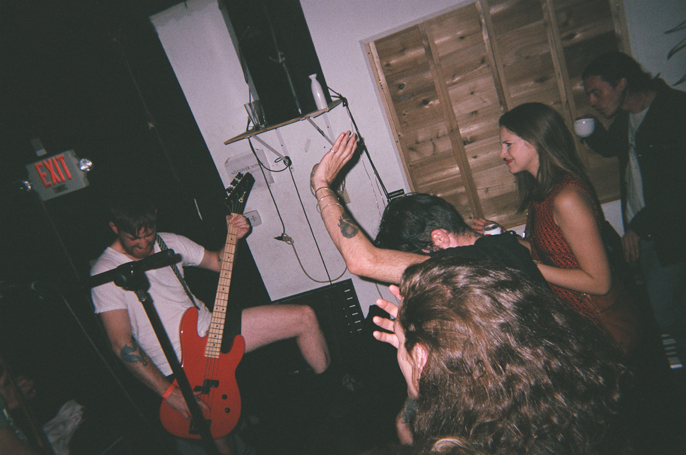 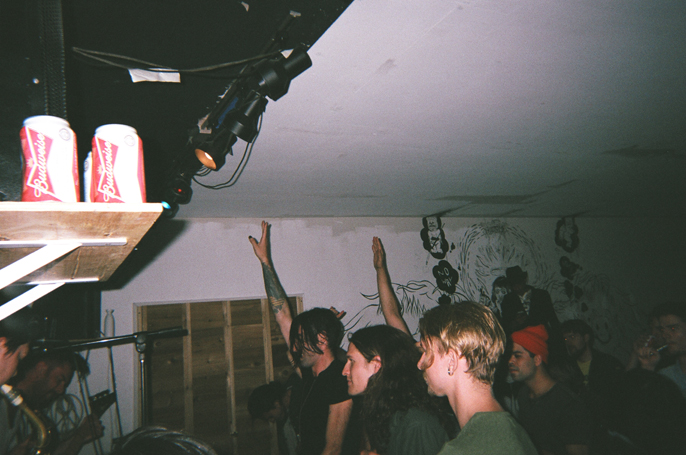