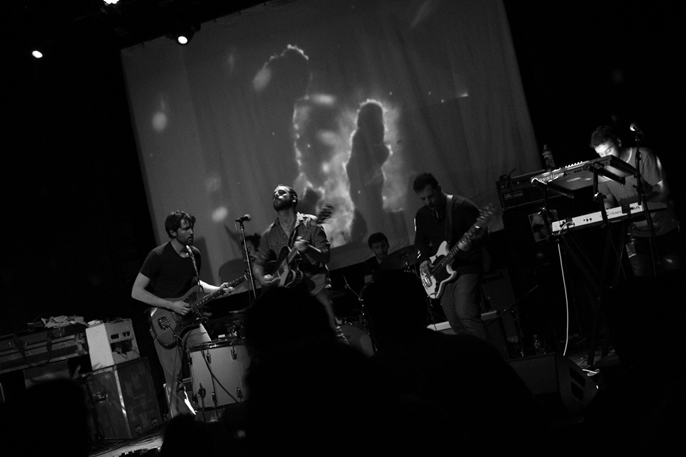 As Stargazy’s show last Friday at Rough Trade proved to me, record releases have increasingly become some of my favorite shows to attend, because they never fail to bring out the bands’ truest, most exuberant fans rallying their support. The group’s anthemic dance-pop already had the rain-drenched crowd moving when I arrived just as their first song ended for their EP release of The Fashion. 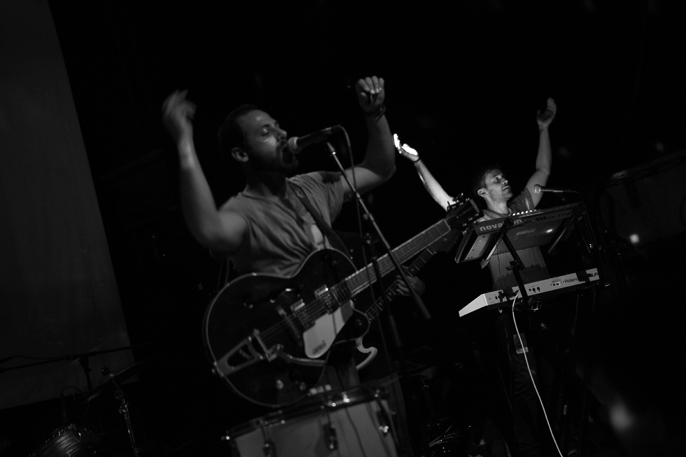 Equipped with a relatively large ensemble that included two guitarists, two drummers, a keyboardist, and a bassist, Stargazy utilized the venue’s expansive stage, dancing about as members of the audience rushed to the stage in an impassioned gesture to touch singer/songwriter Michael Romano. Guitarist Michael Panico rocked back and forth, almost as if he were dancing along with the front rows as they thrashed about. Watching this entanglement of excitement build, I too felt energized, nearly forgetting my wet socks sloshing in my shoes.

Their set included many new songs that varied in style–complex, almost tribal rhythms; swooning, airy vocals and choruses that bordered on dark and supernatural–but shared an ability to provide memorable choruses and strong hooks. I was pleasantly surprised to hear psychedelic-influences I couldn’t discern in their studio tracks take on new life in their live performances. The colorful, abstract visuals displayed behind them certainly helped in crafting their trippy live musical personality. 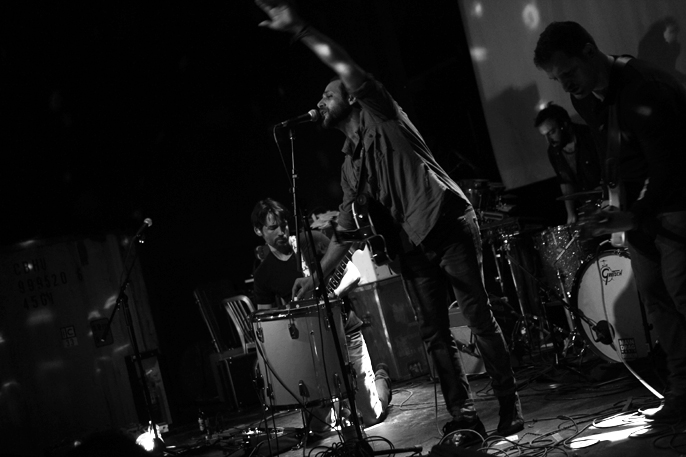 After Stargazy finished, the house music almost immediately clicked on. Astonished by the hasty conclusion, the courted shouted in unison “ONE MORE SONG,” and Rough Trade wisely obliged. Jared Lindbloom took up the mic to lead vocals for an impressively energetic encore of “Summer in the Wintertime,” written under the band’s previous name, Fishdoctor. 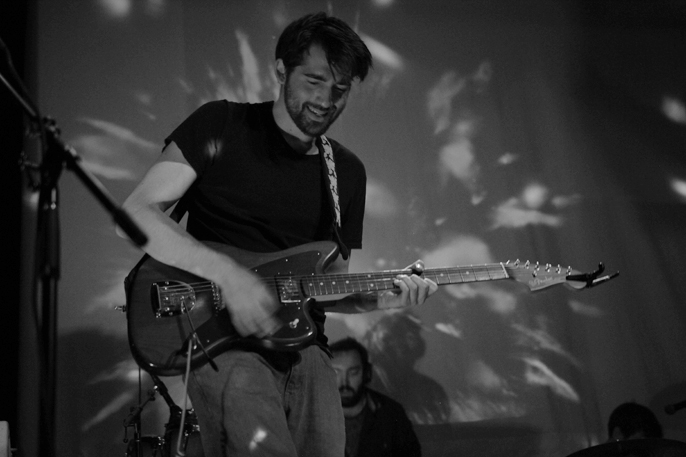 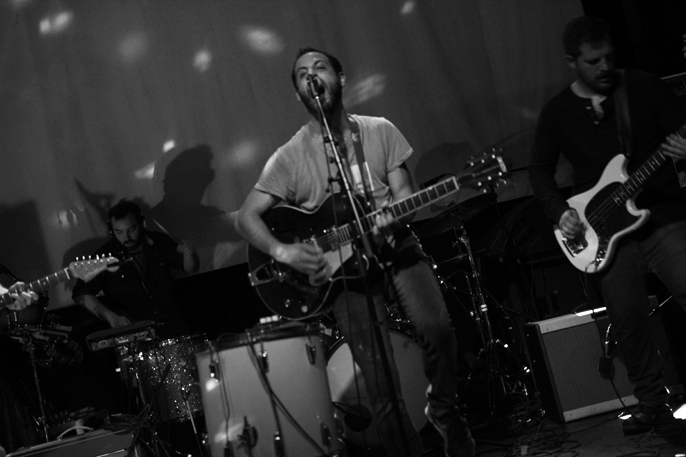 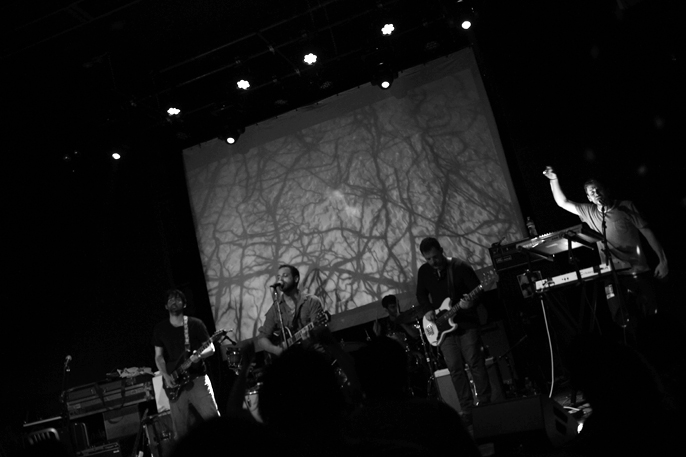