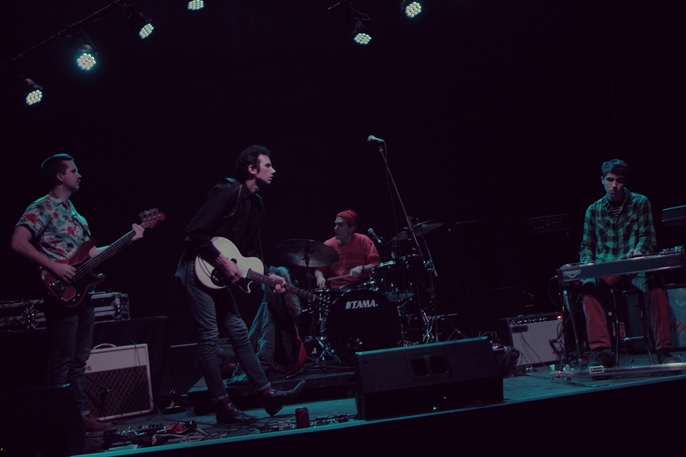 Amidst a Brooklyn resurgence of garage-punk and lo-fi noise, it’s so exciting to happen upon Savants and Rosy Street at Radio Bushwick who appear to be reviving another genre in underground: psychedelic-rock that’s uniquely New York. I was originally there to see Electric People whose three songs on their soundcloud had me hooked enough to race like a mad bat out of hell from Baby’s All Right — I missed them by a few minutes. But after settling in with a vodka soda, I was quickly comforted by the sweet & sad country melodies of Rosy Street. I stood there agape, watching the peculiar and lanky frontman Kyle Avallone slink across the stage, his guitar draped casually as he sang of lovers, subway commutes and Central Park. So quintessentially New York and early Dylan-influenced with vocals reminiscent of Roy Orbison. 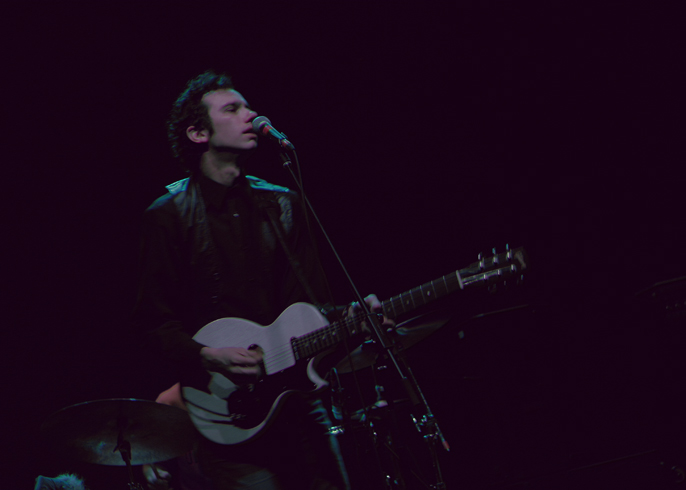 Meanwhile, bassist Turner Stough never stopped nodding his head in time — “A very good sign in a bassist,” one smart drummer informed me. Stough’s Hawaiian t-shirt and Selleck-worthy mustache had my eyes glued… watching, waiting, wondering if he wasn’t just a character imagined by Quentin Tarantino. 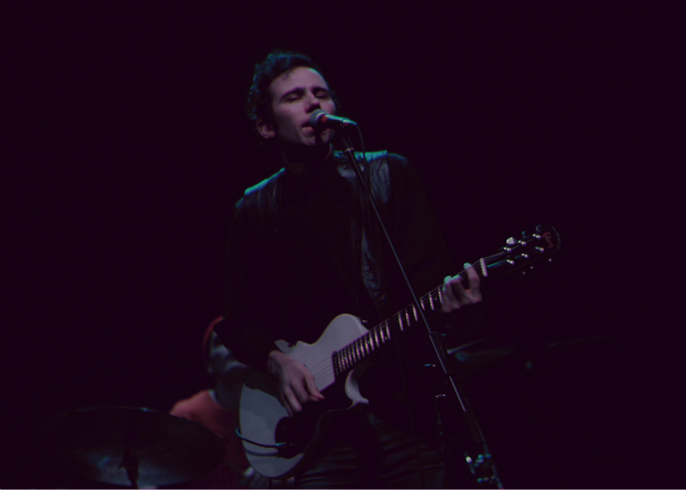 Next up was Savants, whose soundcloud I also developed a bit of a crush on earlier in the day. Within the same genre of psychadellic-70s-era-NYC-underground-rock (yeah…), they live more in the space carved out by the Velvet Underground with vocals reminiscent of the late Lou Reed. On their facebook they state, “Consider us a band of white rabbits from a parallel demension.” — pun? I’d like to think they are trying to say “dement-sion,” but who knows these days with everyone typing using sticky fingers after eating in front of the computer. Regardless, whatever dimension/demension Savants intend to take me, I will follow. 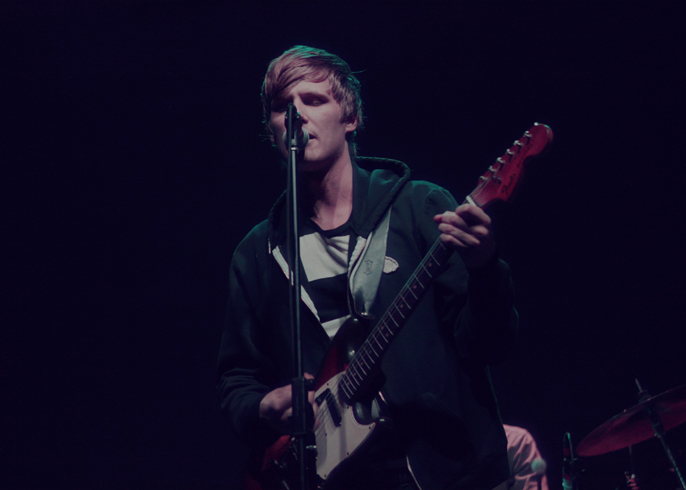 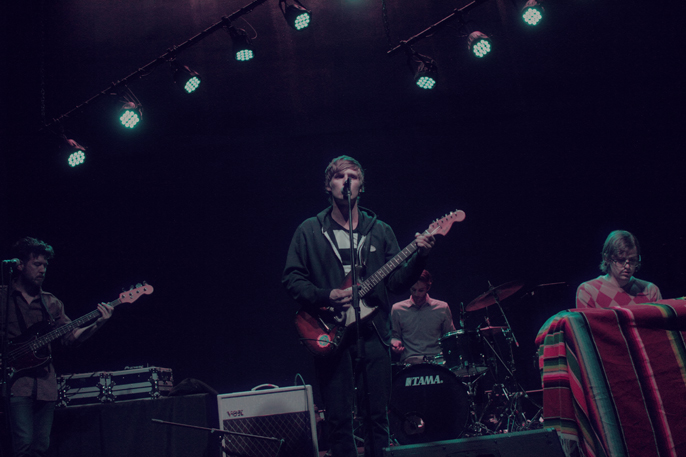 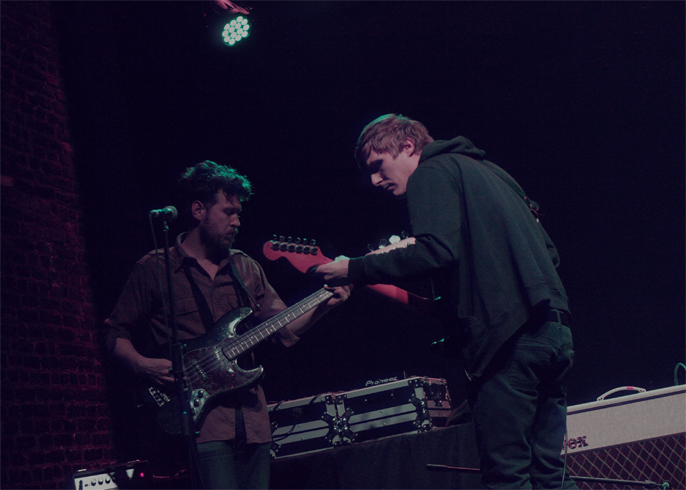