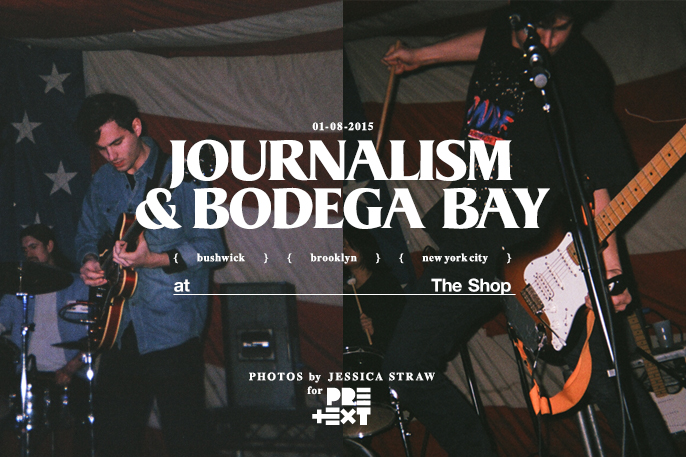 35mm point-and-shoot of Journalism and Bodega Bay performing at The Shop in Bushwick, Brooklyn on January 8th, 2015.

FIELD NOTES  by Jessica Straw
Something about watching Journalism feels almost peepish. Despite the sporadic nature of their frontsman’s gestures, Kegan’s behavior seems to imply a sense of involuntary control, as if his movements are dictated by choreography instructed in real-time within his mind. The direction he faces snaps from right to left, his chin guiding the muscles in his neck from the top down, landing each time in perfect profile. Every so often he stares out into the audience with eyes so open but absent of the physical presence before him. It was as if he were seeing what we could not, making me wonder what he could possibly be thinking about. 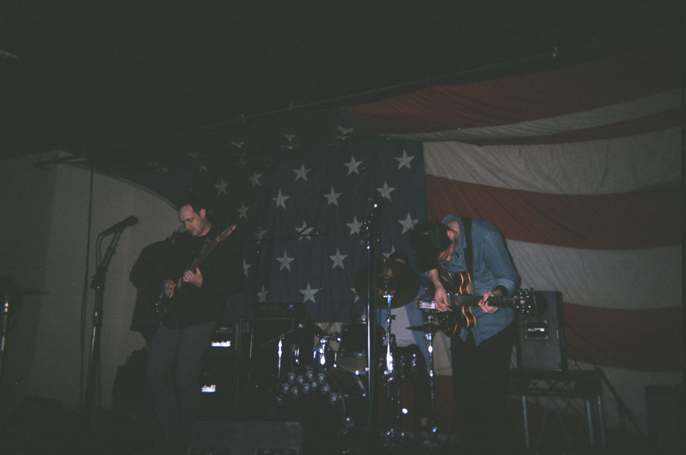 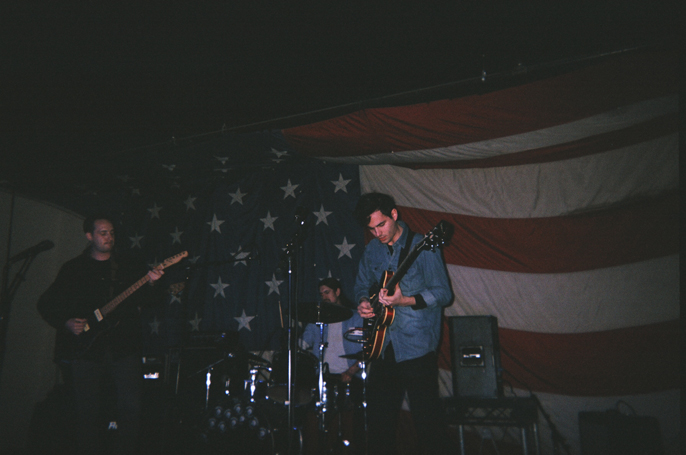 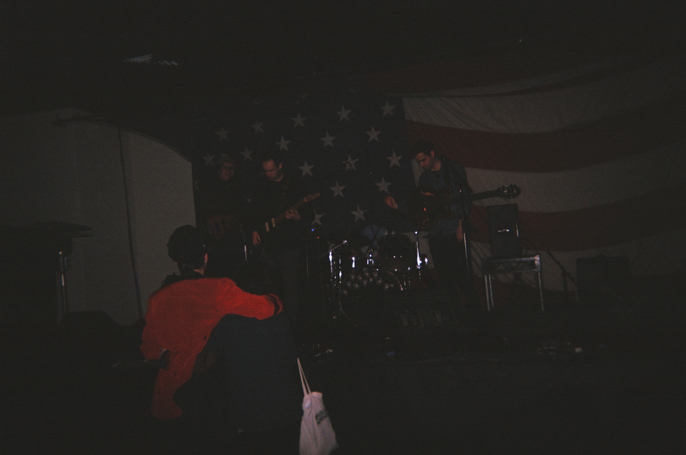 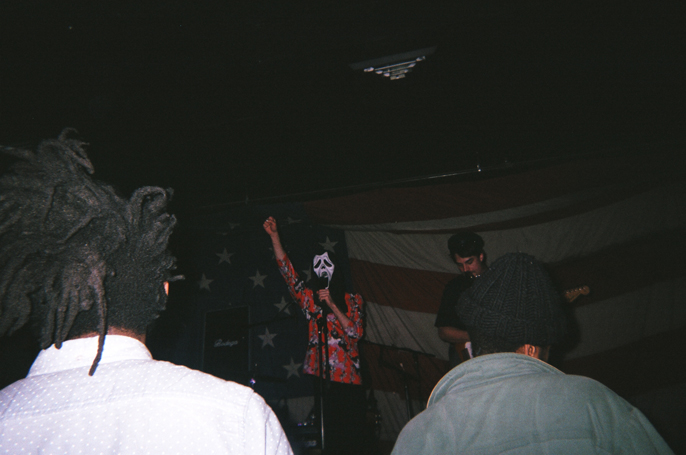 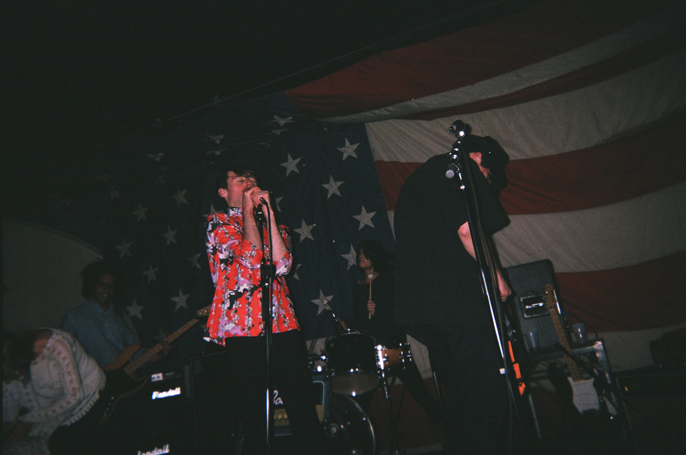 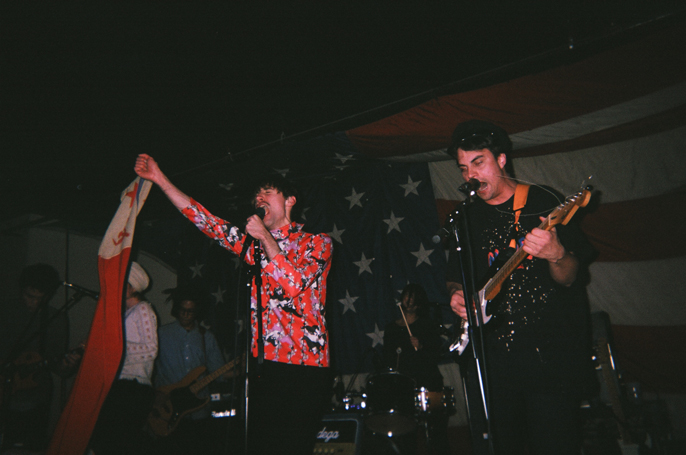 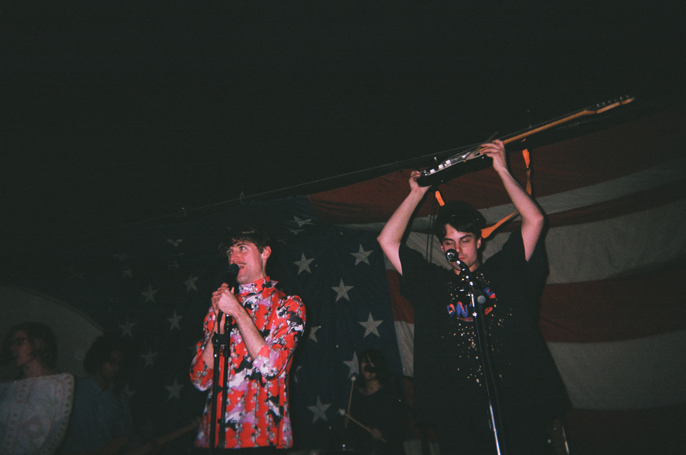 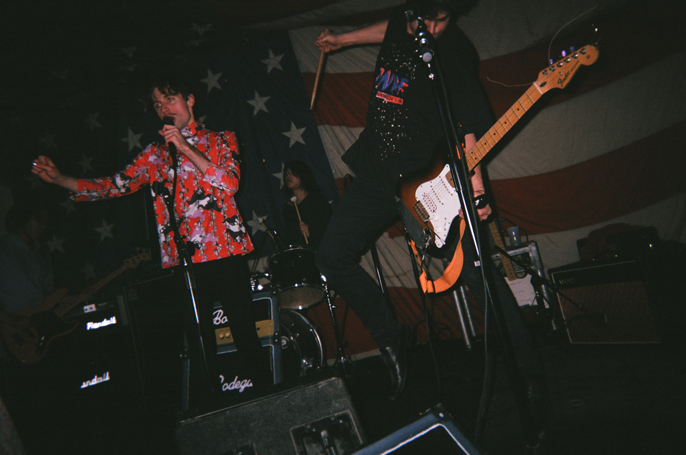 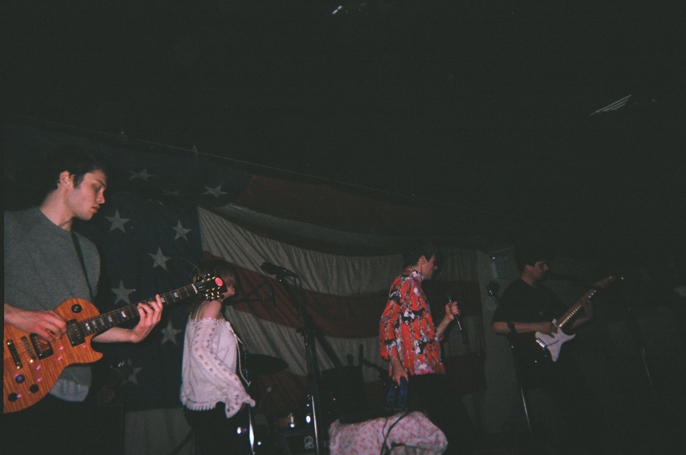