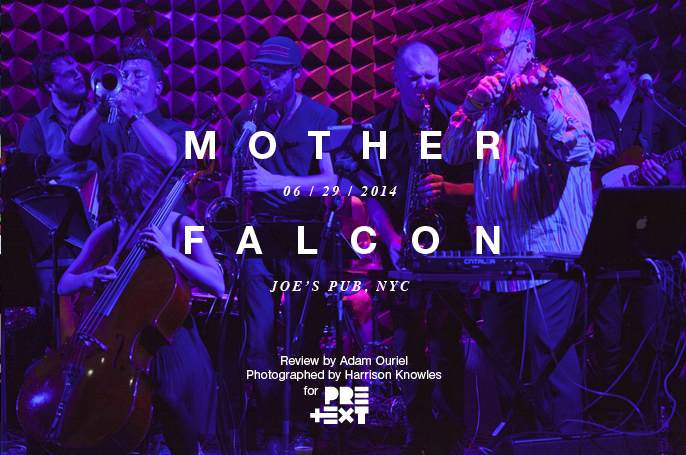 It’s always exciting, a bit unnerving even, going to see a band cold and without any previous exposure to their music. It’s even more exciting when that band takes you on an unexpectedly profound journey of wonder, emotion, and sound. Such was the case at Mother Falcon’s performance at Joe’s Pub on June 29th, featuring violinist Todd Reynolds.

As I was seated at my table by my server, I instantly felt refreshed as I absorbed the ambiance at Joe’s Pub. A posh Manhattan concert hall, it was intellectual, polished, and bright, three qualities that are scant in the perma-DIY Brooklyn scene.

I felt the same purifying sensation listening to Mother Falcon, beginning just at the moment they took the stage. Featuring a rotating cast of up to twenty-two musicians, the genre-defying chamber ensemble plays in classically inspired themes that speak to a tremendous wealth of influences (the musicians themselves cite Biggie, The Strokes, and The Arctic Monkeys, to name a few). 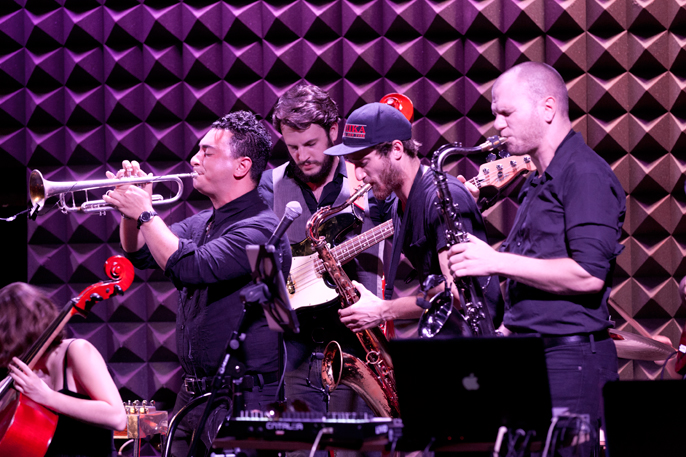 Cue “End of Day.” Led by virtuoso violinist Reynolds, we were all treated to an epic composition lasting a good fifteen or twenty minutes that was filled with intellectual curiosity and emotional gratification. First there was a tired melancholy theme led by the lower strings, a titular emotion that was beautiful, sad, relatable, and entrancing. This was eschewed for a more majestic, “amber waves of grain” orchestral timbre, that was in turn supplanted by spritely, jazzy horns, a process of emotive, serpentine skin-shedding that filled me with life for the entirety of the song’s duration.

And I mean FILLED me with LIFE. The arrangements were so tasty my insides were vibrating and twisted with feeling. I felt so swept up that I found myself looking around hoping to make eye contact with my neighbors, as if to silently say “isn’t this awesome?!?” 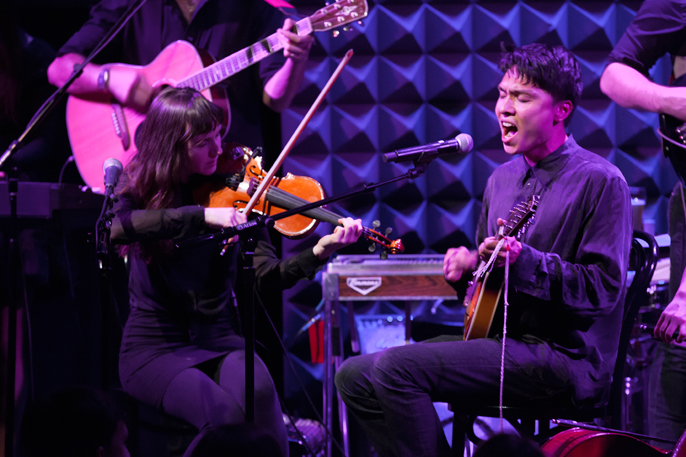 As I looked around the audience, I couldn’t help but notice that amidst the suits and cocktail dresses there were sprinkles of brightly colored tank tops, silver grey hair, wild looking dreads, and casually dressed out of towners. Such diversity was a clear tribute to the universality of Mother Falcon’s musical message.

The group continued to demonstrate an impressive versatility in their final two numbers, markedly shorter than previous compositions. The penultimate piece was a bawdy, brawling jazz piece that featured a unity of four-part vocals resembling not so much four distinct singers as a kind of four-throated beast. The addition of vocals was a very welcome one, adding further expressive depths of more human intimacy and structure. 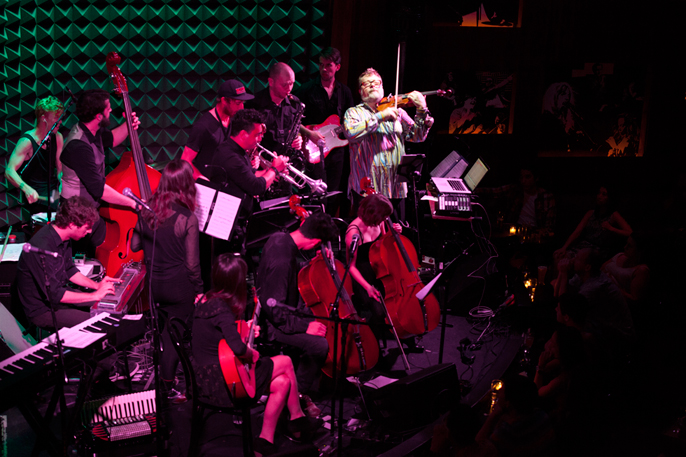 It was an even more welcome addition during the final number, when cellist Nick Gregg* employed D’Angelo-inspired 90’s R&B vocals to complement a kind of showtuney, melody heavy tune. It culminated in a “dueling banjo” style battle between Reynolds and a bravado sax-challenger from the Falcon unit.

The musical intensity of the staged encounter was complemented by a lingering sense of family-like familiarity that permeated amongst the ensemble throughout the evenings. Their internal chemistry, as well as the rapport they shared with Reynolds, was palpable and infectious, without which it would be impossible to so perfectly execute such ambitious musical goals.

I left Joe’s Pub on this night feeling alive, and feeling at home. Unlike my emotional state after so many other concerts, I didn’t feel swindled or forced to buy into any image, I didn’t feel like I had watched something contrived or disingenuous. I felt like I had witnessed a pure demonstration of musical force, and I felt happy to be alive. 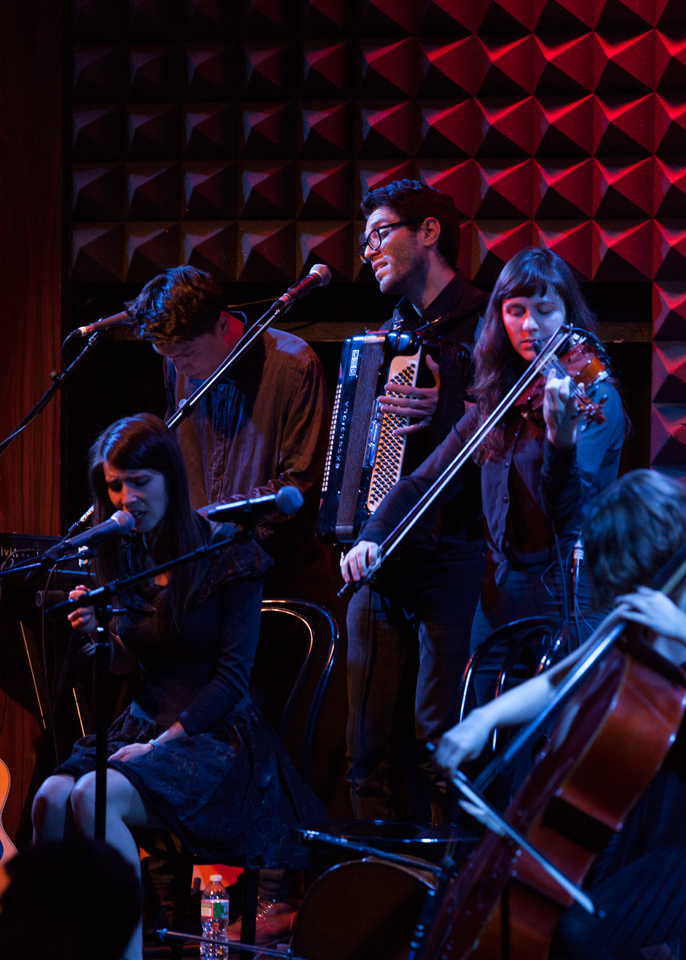 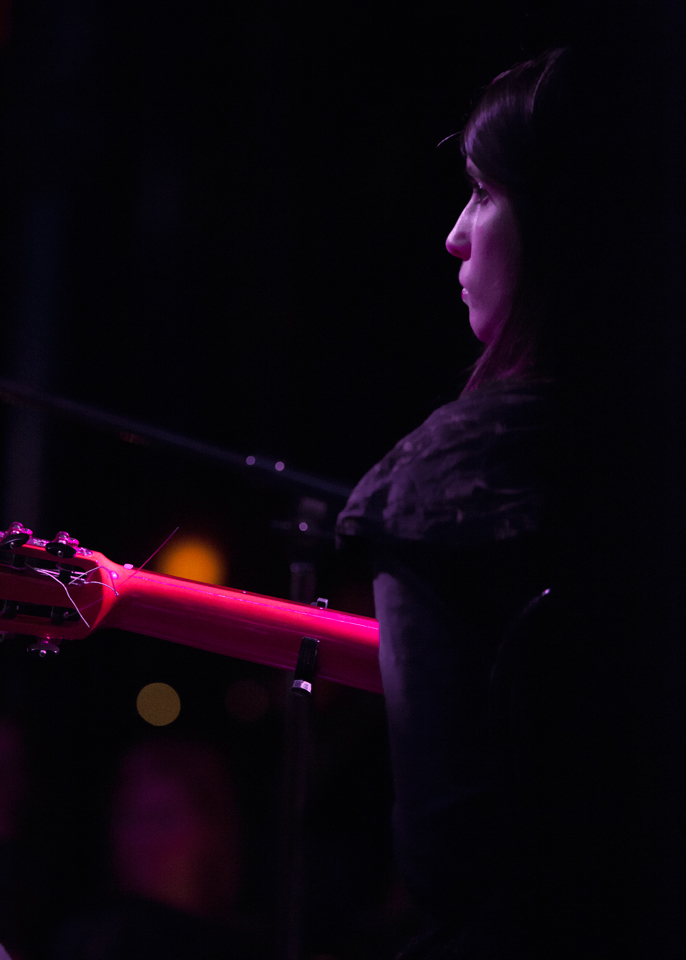 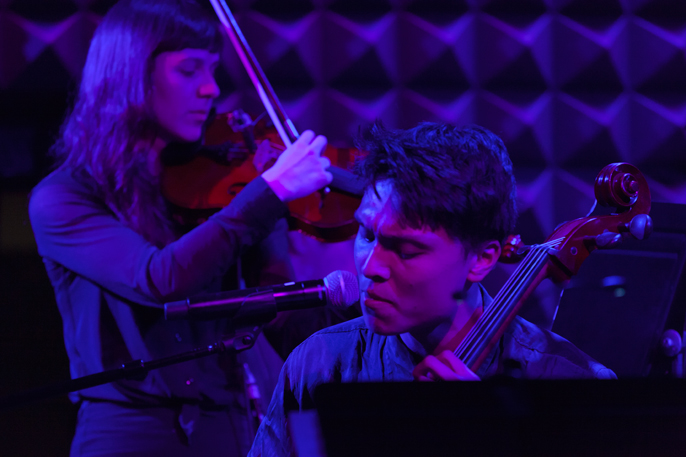 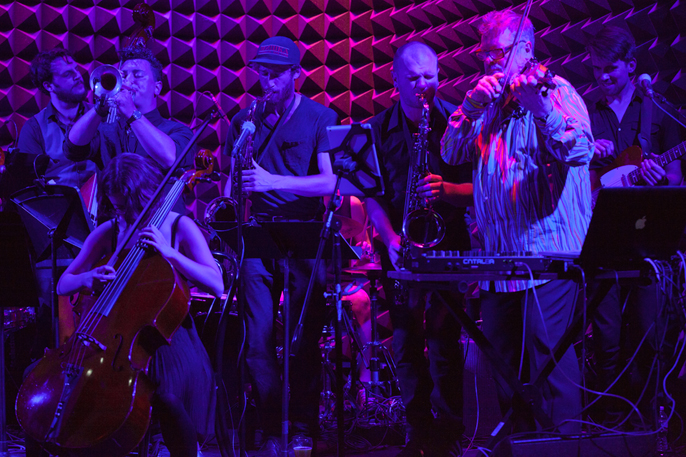 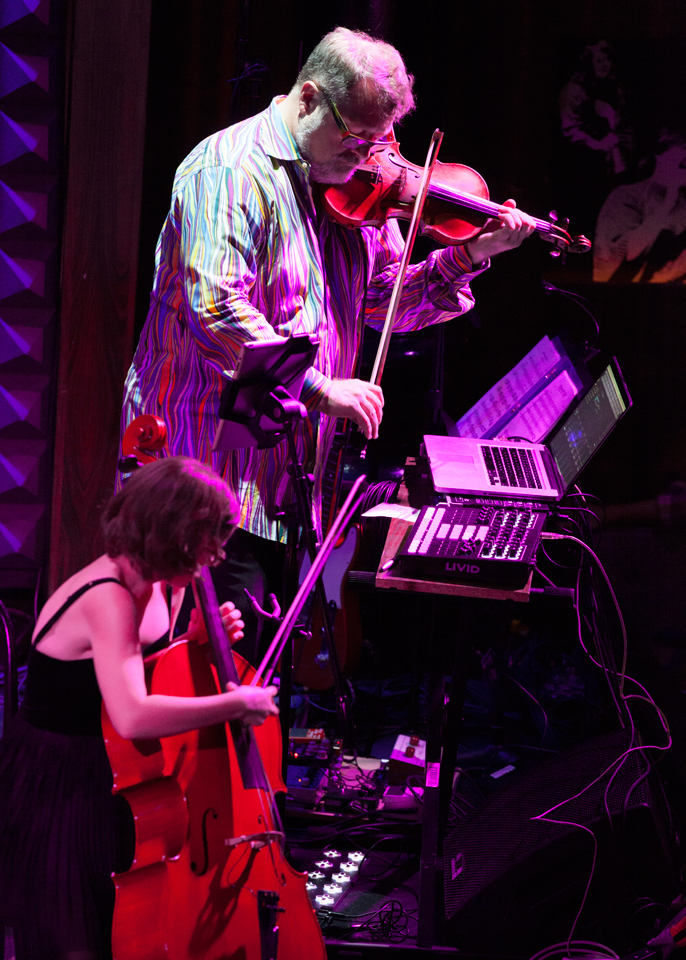