Timed perfectly with New York finally gettin’ the memo that it’s Spring, Little Racer released a new EP, Modern Accent. Ahh, yes, bopping beats, bright guitar, and airy vocals rooted in a West-coast Beach Boys-pop aesthetic … Little Racer delivers all the sonic devices indicative of warmer climates. On the night of their release show at Baby’s All Right, the weather did not disappoint (unlike today), elevating the mood of those in attendance for maximum listening enjoyment. 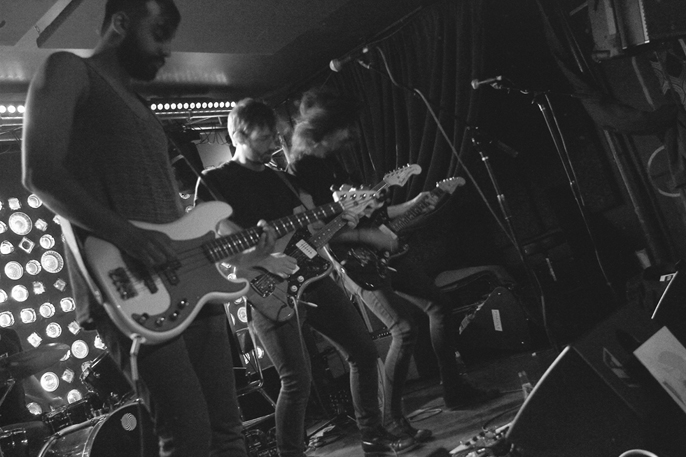 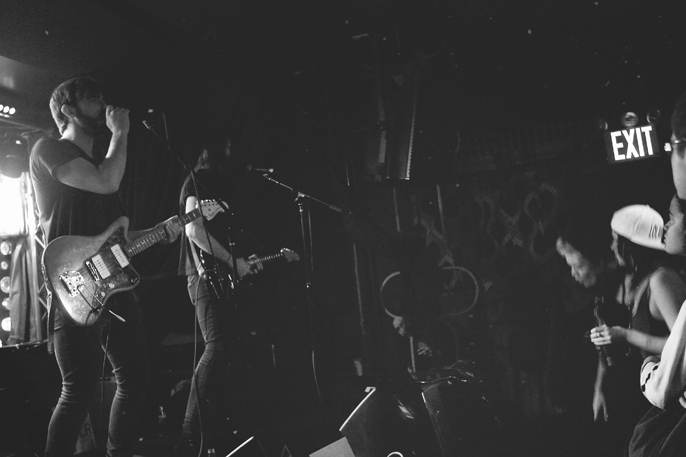 Little Racer staggered their arrival onto the stage, building the momentum with the introduction of each bandmate. First Dave Tedeschi (drums), then Ish Nazmi (bass) and Wade Michael (guitar), until frontman, Elliot Michaud (vocals/guitar), took up the mic and everyone knew it was time to dance. A very dedicated section of beautiful ladies to stage left kept up the energy, and by the end, built up a sweat as impressive as the moistened brows of the bandmembers themselves. Catchy hooks, particularly in “Punk Life,” became infectious as more and more of the crowd joined in on the dancing exhibited by the front stage lovely ladies as well as the good-looking lads boppin’ onstage.

It’s always tough to anticipate how a band’s essence will translate to a live show. Little Racer succeeded in creating an invigorating atmosphere, appropriate for a social experience, whereas the studio version is much more intimate and emotionally dynamic. Michaud has a beautiful voice that borders on angelic, but at times got lost that night to the competing acoustics. On the studio album, his voice oozes with charm in songs like “The Town,” producing a visceral, soothing effect. But nonetheless, as the night came to a close and the fans demanded more, the band reluctantly informed them there was no more. Luckily for those jonesing hard, ‘Modern Accent’ was available for purchase on vinyl at the merch table for them to get their fix. (You can also purchase it digitally on iTunes or the hard copy from Papercup.)

Editor’s Note: When Pretext was first extended an invitation to experience a performance by Little Racer, the confusion of technology and how email works resulted in a personal exchange between myself and another contributor being mistakingly shared with the band… To my horror, a comment that I wasn’t “too keen on them” suddenly flew into Little Racer’s inbox–a comment that is testament to my ever-fickle musical taste. I remember now that I may have been listening to a lot of noise-punk during that time and felt I was too hard core; or maybe it was the Polar Vortex that made me resentful and spiteful towards all music that reminded me of Summer. Whatever the case may be, upon further listen and a subsequent change of heart, I was still too embarrassed to face this band whose charming and humbling reaction to the email accident was: “NOT KEEN ON US! HOW DARE YOU!! No I’m joking, its cool — you can’t like every band and we can’t make everyone a fan.” But alas, a fan they made of me. Then last week, when I saw that they were playing Baby’s All Right for the release of Modern Accent, I sucked in my pride, pushed aside my fears, and emailed them simply: “Will you have me?” To which they replied: “Of course.” 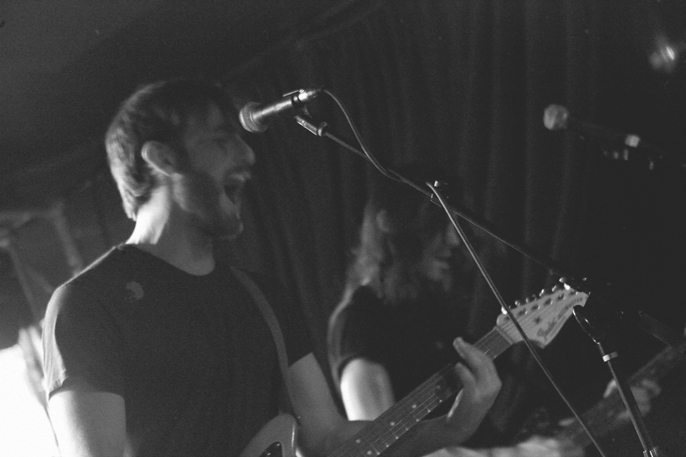 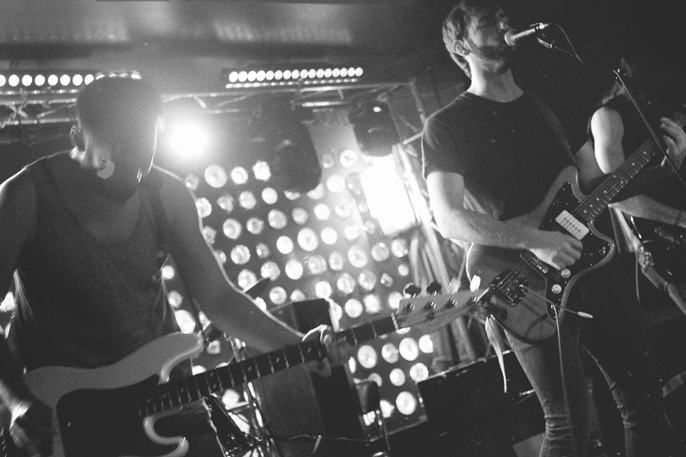