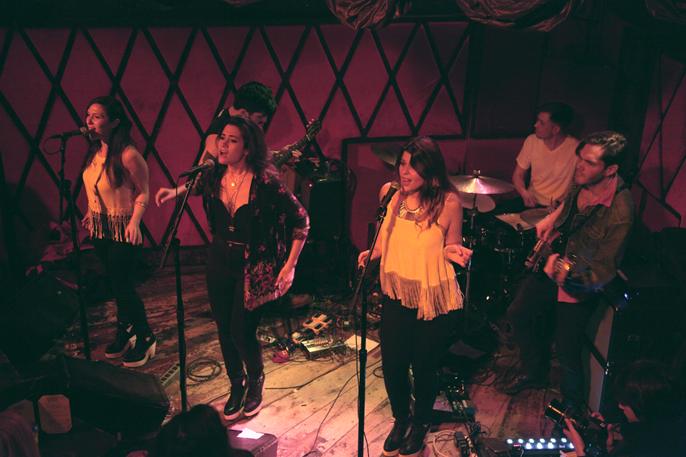 If Truman Capote decided to write haunting pop ballads, it would sound remarkably similar to the music of Lily and the Parlour Tricks. Lily and her parlour pals inventively revisit harrowing Americana tales of love and murder with the wonder of old wives’ tales, drawing from rough avant-noise cleverly packed into cutesy pop packages. From the sweetness of their matching outfits and synchronized dancing to the polarizing intensity of lead gal Lily Claire, the sextet is as delectable as they are maniacally hypnotizing. 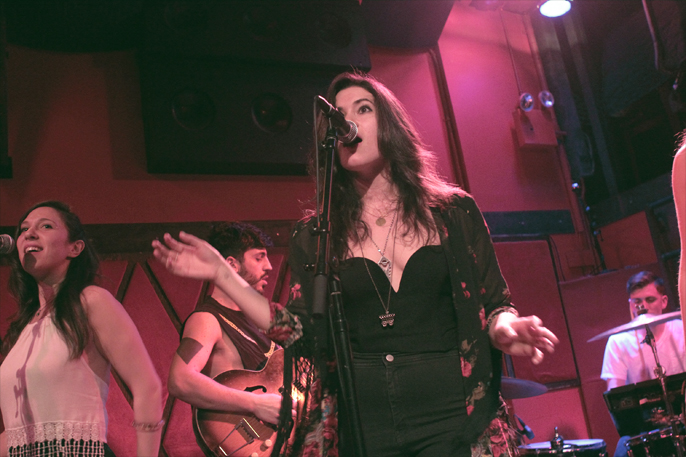 On Saturday evening at Rockwood Music Hall, I anxiously anticipated their intense retro flare, which, when I last saw them at Le Poisson Rouge, was showcased in a cover of Tom Waits’ “Clap Hands” that weaved throughout their set. As a devout Tom Waits nut (I flew to California with the express purpose of seeing a 40 minute acoustic set) theirs is one of the only Waits covers I genuinely enjoy.

My fanboy senses were tingling as they took the stage one by one, and I felt I knew about 80 percent of what I was going to write in this review. Then drummer Terry Moore installed a synth drum kit, and bassist Brian Kesley set up a series of bass pedal effects. I threw out all my notes.

To be certain, their set had many staples of a Parlour Tricks evening:

A slew of gentlemen nervously chewing on their lips to keep their tongues from hanging out as femme-fatale Lily Claire steals their hearts?

Exhibit A: Lily performing the heartbreak blues like only a heartbreaker can. Watching the inflection in her eyes and face was like watching a full-length play that unravels the tragic fate of two star-crossed lovers.

Exhibit B: To my right, a group of bros staring uncomfortably with heavily drunken gazes. 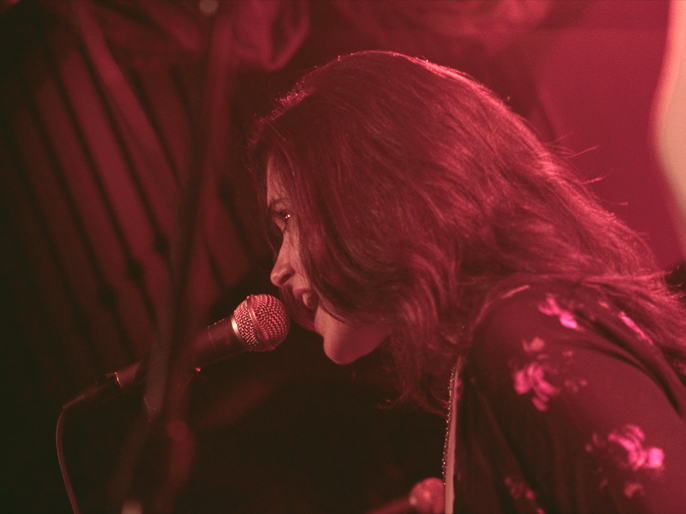 Two different songs featured slide guitar with a vile stolen from a high school chemistry lab and what looked like a measuring square nabbed from woodshop.

But aside from this checklist and the usual charm of their synchronized harmonies and choreography, Lily and her gang flaunted a much different set of tricks (HA!) this evening. Their charmingly flamboyant retro camp was replaced by muted electronica. Lily exchanged her booming, tear-jerking stage presence for a more aloof one to match the restrained feel of her backing synths. And, much to my chagrin, no Tom Waits.

It appears that the unit has begun to explore much trickier (HA-HA!), more refined emotions. Take for instance, their newest single “Requiem,” a highly produced and airy reverb-drenched pop ballad that features restrained lead vocals and arena-sized vocal and instrumental harmonies. Or their re-hashing of “Made for Radio,” an old staple of their set that they have decidedly modernized and stripped of theatrics.

The music critic in me is intrigued by this new evolution, but the listener in me is afraid they’ll abandon the vintage recklessness that first lured me into gushing fandom. Indeed, they were at peak form on Saturday when channeling a wide range of emotions soaked, not dipped, in vintage goodness. “Belle Gunness,” a recently released single that was tapped for a BMW commercial, was possibly my favorite of the evening; a gutting effort much more apropos of what I would expect from them. Even more delightful was the transition that followed. The song’s stomping drums, synth-heavy bass courtesy of the multi-talented and ubiquitous Brian Kesley (dude plays in like, fifteen different bands simultaneously), and wailing guitars were followed immediately by the tender crooner “Sweetheart” that made my insides feel like they were on my outsides. That shit is seriously devastating. 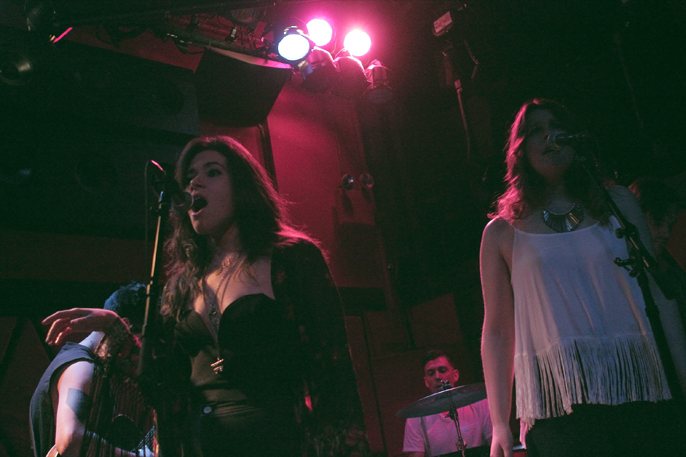 At the end of my first Lily and the Parlour Tricks concert, I bought a band shirt — which I was nerdily wearing at the Rockwood show — found Lily, pointed to my shirt with enthusiasm while in a noisy venue space, (intentionally?) mistook her request for a high five for that of a hug, realized how creepy I just was, and ran away.

At the end of the my second Lily and the Parlour Tricks show, I stuck around for a drink, and headed home to my computer to get a better feel for their more ambitious, ambiguous new sound.

These two reactions are reflective of two very different musical approaches, but no matter which path they choose, Lily and the Parlour Tricks are destined for the stratosphere. They are brash, sexy, unique, couture, rugged, and a boatload of fun. Most importantly, they have an excess of soul, each one of them, old school soul that, to me, needs no meddling.

I will eagerly watch the ascent and evolution of these musicians with tremendous faith, as I’m sure they have a host of new tricks up their sleeves (zing.) for us in the future.