Radio Bushwick is a strange, strange place. A surprisingly un-Bushwick venue by virtue of its highly-manicured (read: artificial) grungy ambiance, this new spot caters equally to crowds of bros and ill-informed wannabes. But the Bushwick sound was on display last Friday as the endearing dream-pop outfit Lazyeyes took a Santa-and-red-and-green-clad-stage as the lone standout amongst the BirdDog Holiday Party set (read: a host of forgettable bands).

I can’t pretend to understand the now omnipresent 80s-soundtrack-inspired, synth-heavy, self-similar dance pop. I find the genre to be limiting and surface-level. Having said that, I applaud Lazyeyes for their unassuming but intense take on the genre.

Unassuming but intense is a great through-line for their performance. Lead singer Jason Abrishami, clad in a wizard-print(?) graphic tee and a pair of jeans, packed an unexpectedly powerful vocal punch. He’s got the voice of a distinguished but melancholy forty-year old man. And Paul Volpe throws down some menacing bass lines, in spite of what his J. Crew catalog outfit might suggest. 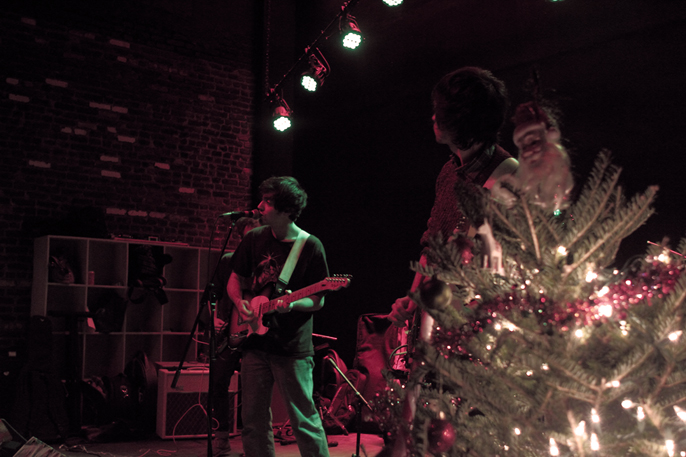 Unassuming: unlike their genre compatriots, Lazyeyes are unpretentious and unencumbered by the frills of trends, the most pervasive of which is over-image and under-talent. They seemed most content when they were in the heart of a groove or making you dance, but didn’t have to shout “WE’RE LAZYEYES AND CAME TO MAKE YOU DANCE! WOOOOOOO!!!! XOXOXOXO!!!” in order to do it.

Intense: maybe its my naiveté when it comes to this kind of music, but I have never seen anyone besides Abrishami finger-tap to dream pop. His otherwise synth-sounding guitar was met by drummer Jason Sampson’s metal/emo/pop-punk influenced drum fills and Volpe’s aforementioned devilish bass lines. A truly nice contrast of sounds.

Lazyeyes isn’t reinventing the wheel by any stretch of the imagination, but what they lack in originality they make up for in likeability. They gave their all for a surprisingly under-attended four-band set, and for that, I thank them. I hope to see them again at a better venue, and perhaps after they’ve finished carving their way to a more unique sound. 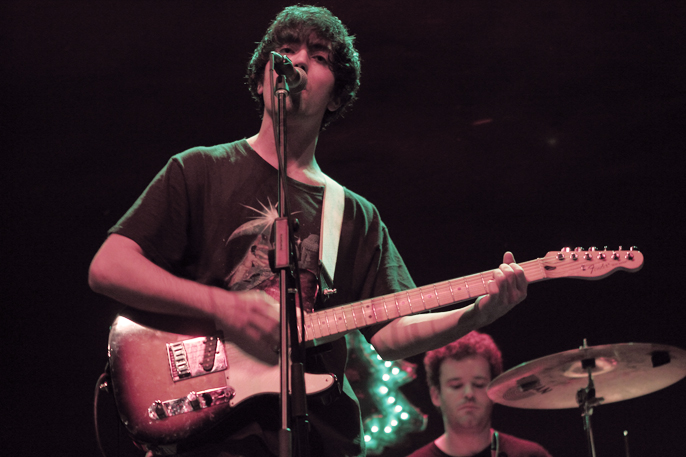 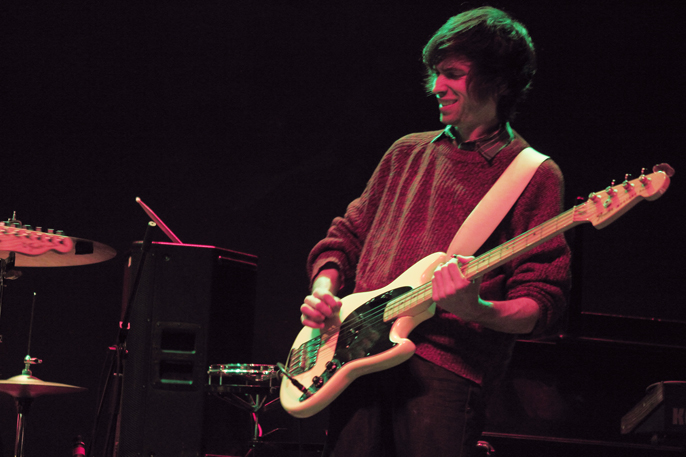 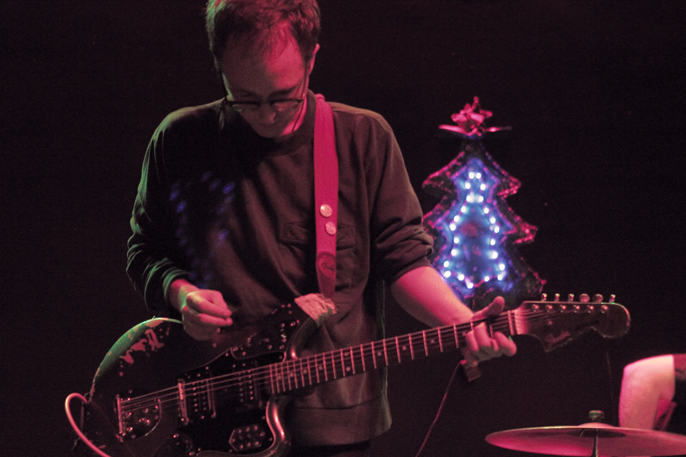