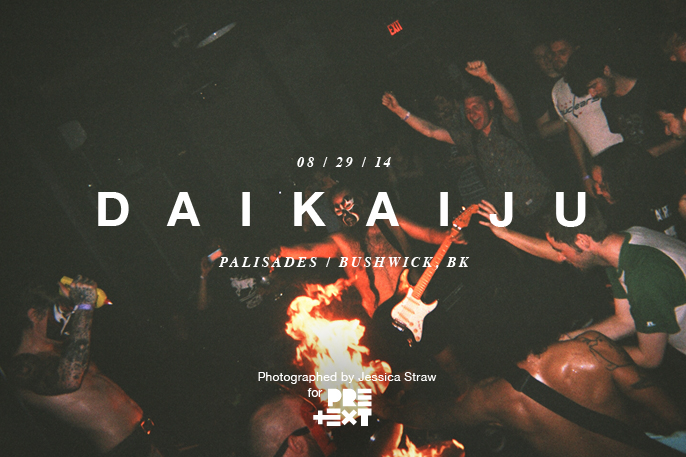 I arrived at Palisades the last Saturday of August towing a bodega ham* (with MAYONNAISE) sandwich and energy drinks. The intention was to keep my friend some company while he worked the door. It was an otherwise calm evening, and the particle board barrier between us and the venue kept the music playing to a muted rumble. But then, oh so casually, the door slowly pushed open, guided by the backside of one of Daikaiju’s guitar players, topless and artfully disguised by face paint. 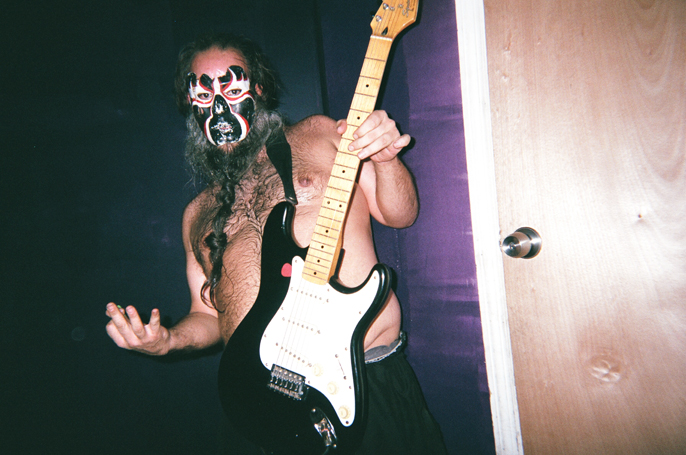 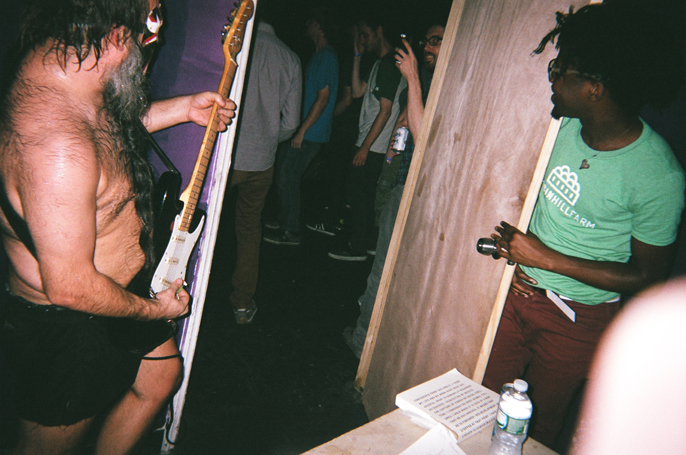 The door closed behind him as he whailed on his guitar. Without looking away, I slowly slip my disposable camera out of my bag and snapped his photo. He nodded his head toward the door and my friend opened it. I followed him in, discovering that Daikaiju wasn’t playing on the stage at all, but on the floor in the audience…and in front of the bar…and on the bar… at times, even outside on the sidewalk. 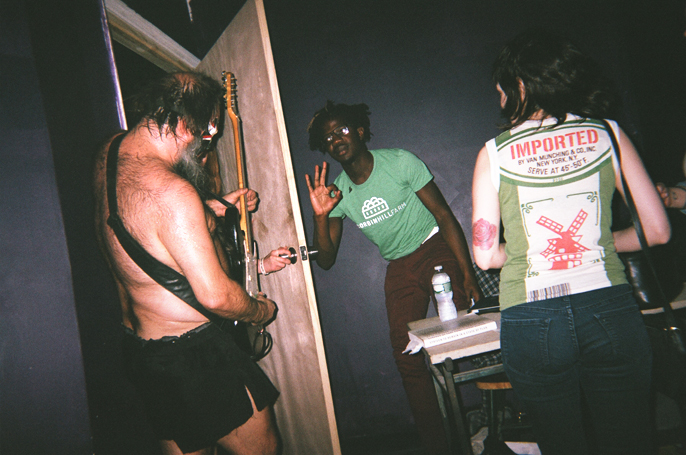 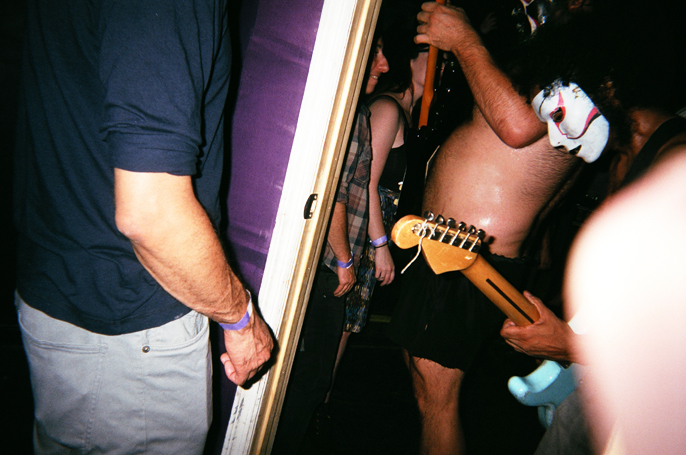 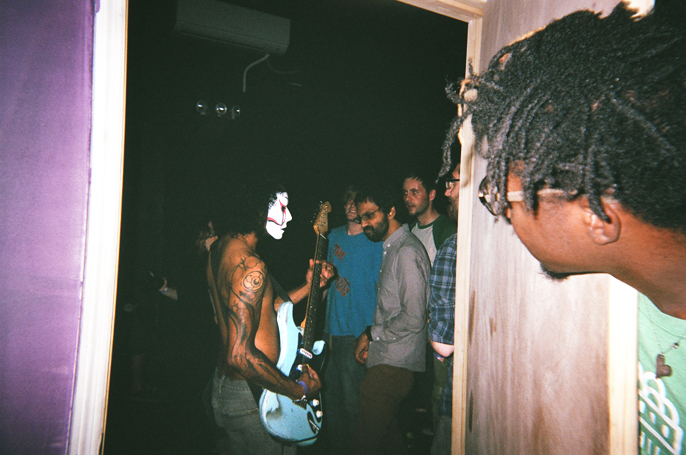 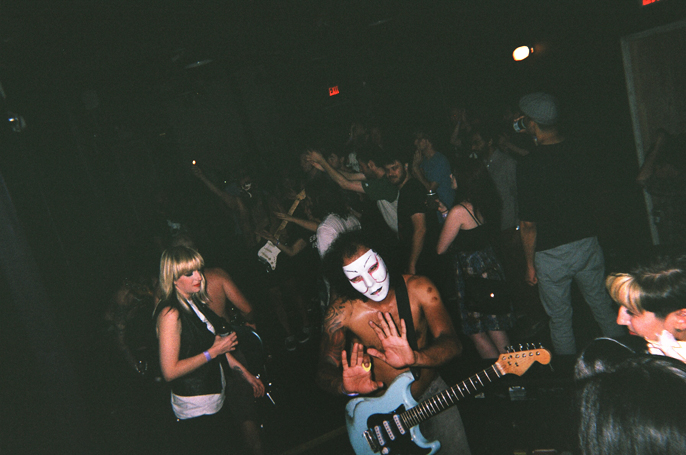 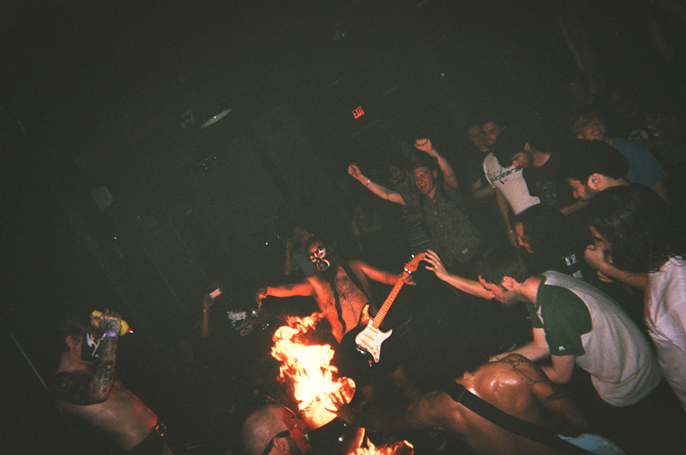 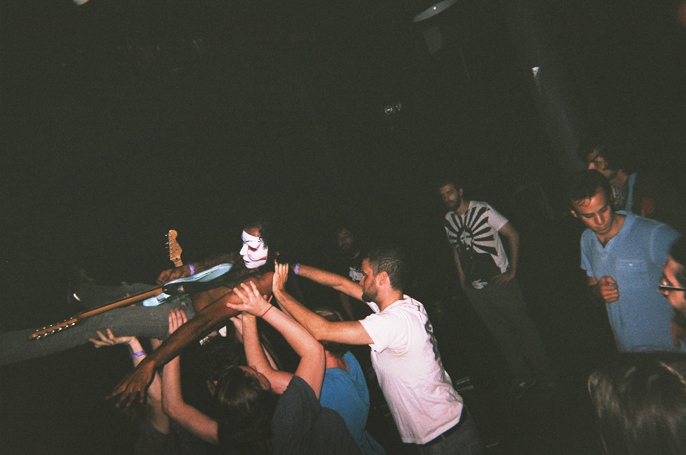 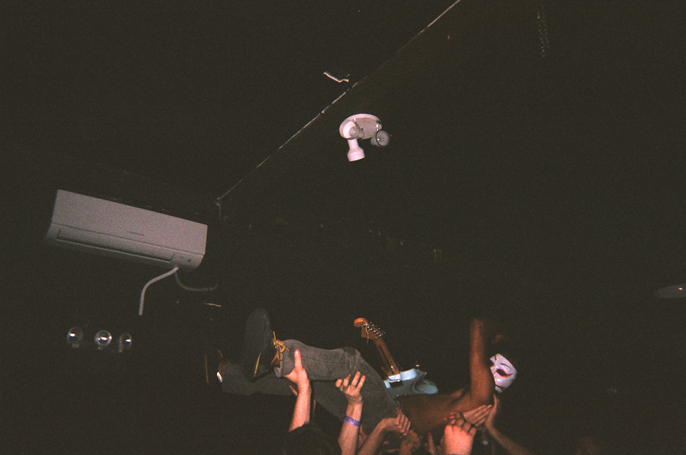 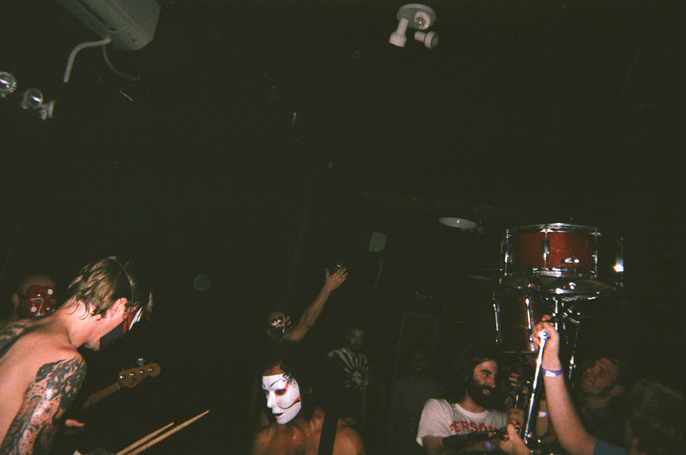 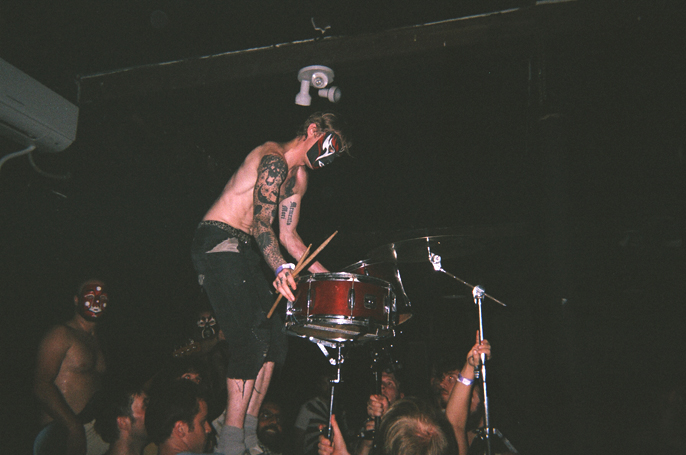 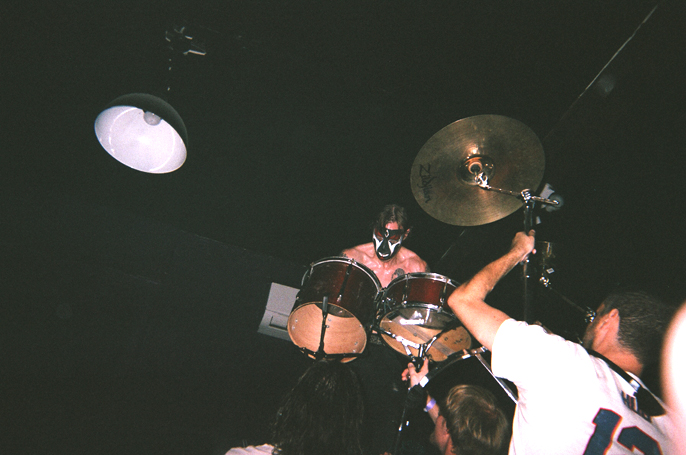 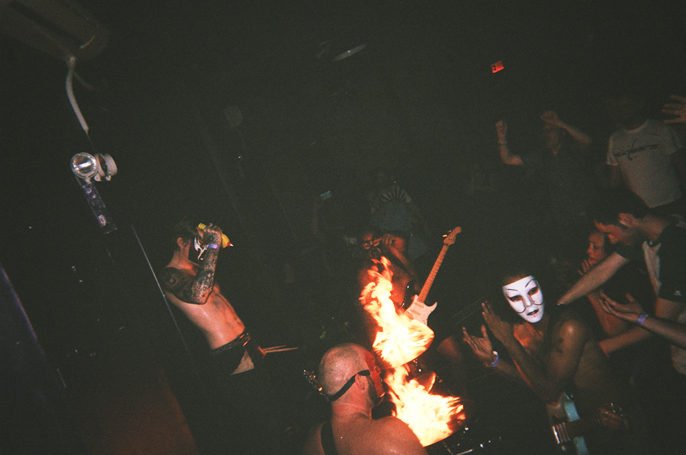 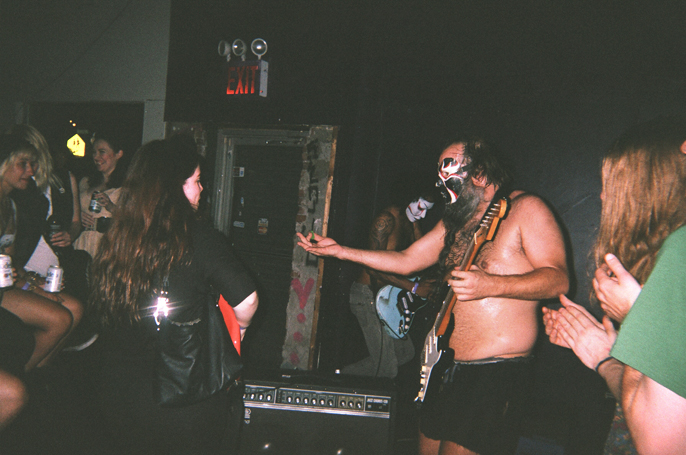 All in all, Palisades made for quite an unexpected evening thanks to the gravity-defying, pyrotechnic Alabama psycho-surf rockers, Daikaiju.

—
Words/Photos: Jessica Straw. More on Daikaiju.
*The bodega did not have “ham” per say… but what is referred to as “turkey ham,” whatever that may be.