Grab your folding-fan & Victorian fainting couch, last Saturday night at the Bushwick loft venue Hot 97.4 was nothing short of debaucherous! They hosted a gnarly, Caligula-inspired punk show to celebrate the birthdays of Troy, E.T. (Dead Sexy Sheila), and James (Hounds Basket). The house was packed at 11pm as I rushed in to catch Dead Sexy Sheila who were just getting started. Soon after their psychabilly set, the police showed up to break it up but the house kept full long after, allowing the adrenaline to pleasantly linger.

If you missed the show or were there and want to catch the bands who were unable to play (or just want to hear the end of Dead Sexy Sheila’s “All Keys”), you can check them all out here: Vulture Shit, The Yin Yangs, Hounds Basket, Dead Sexy Sheila, Misdemeanors. 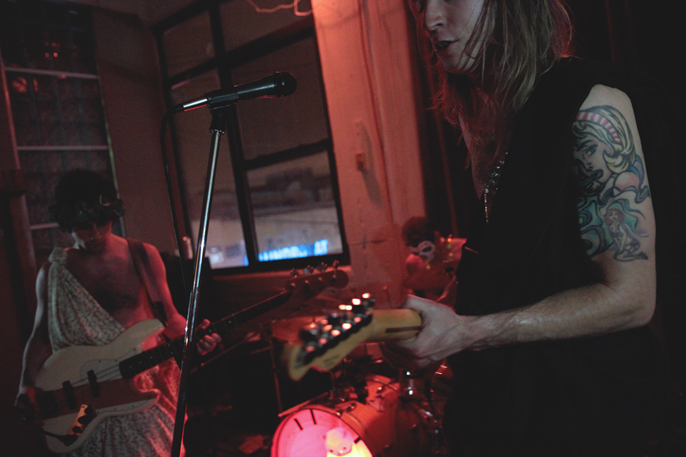 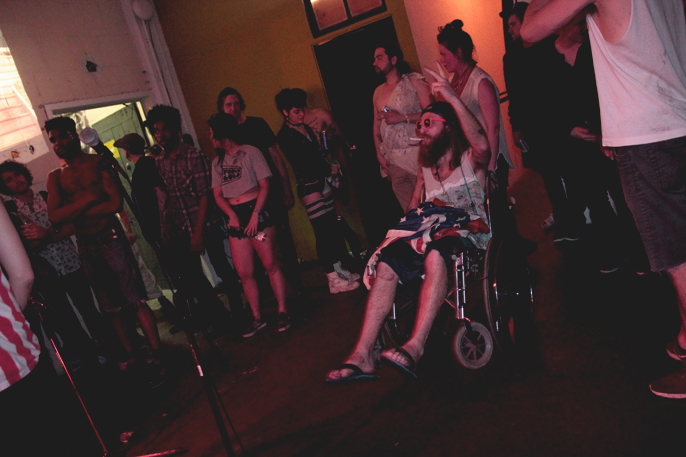 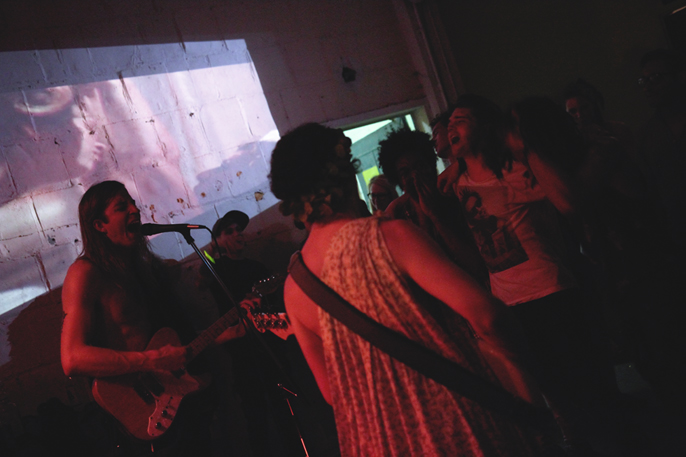 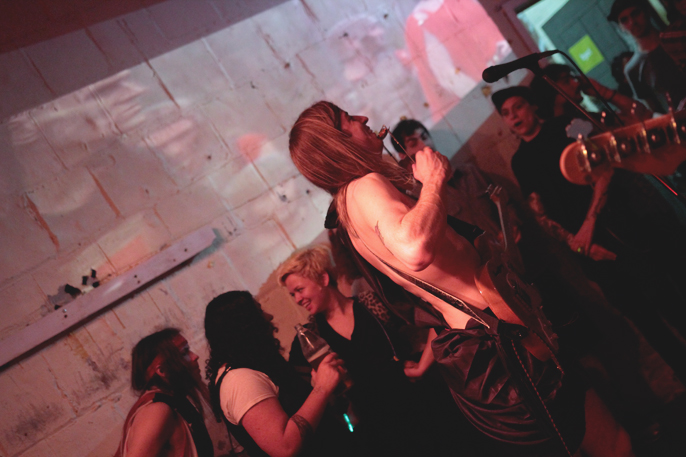 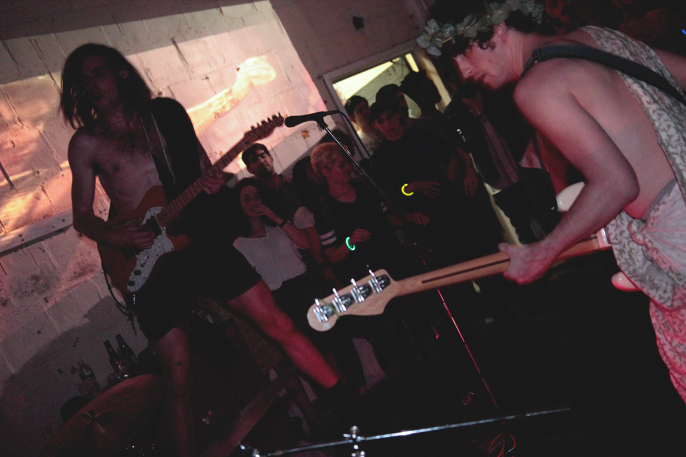 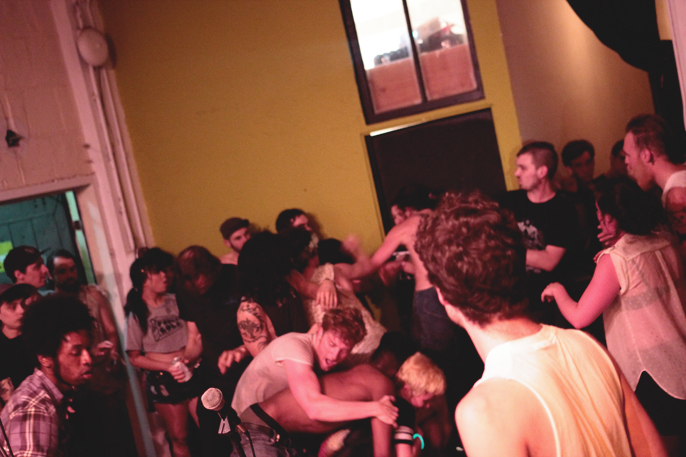 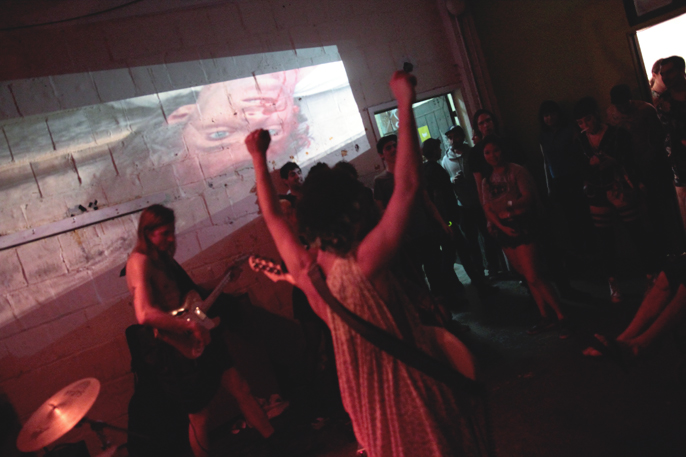 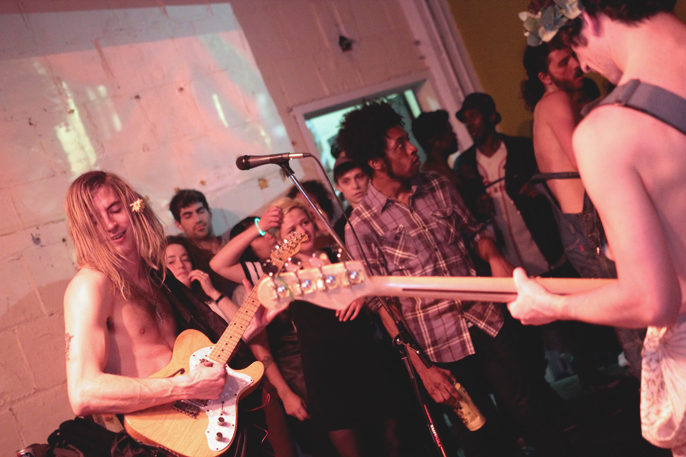 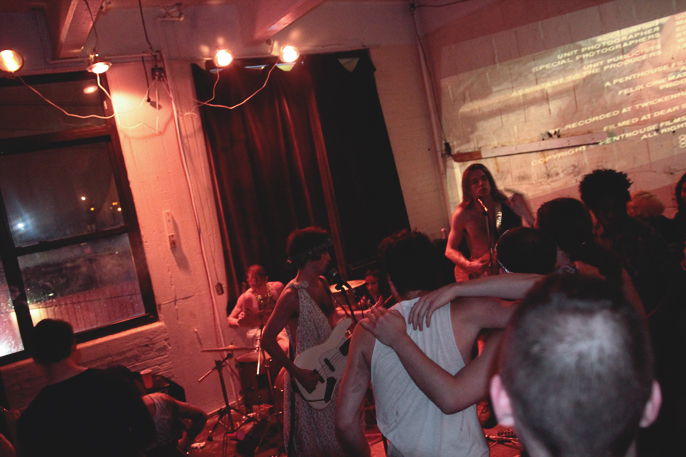 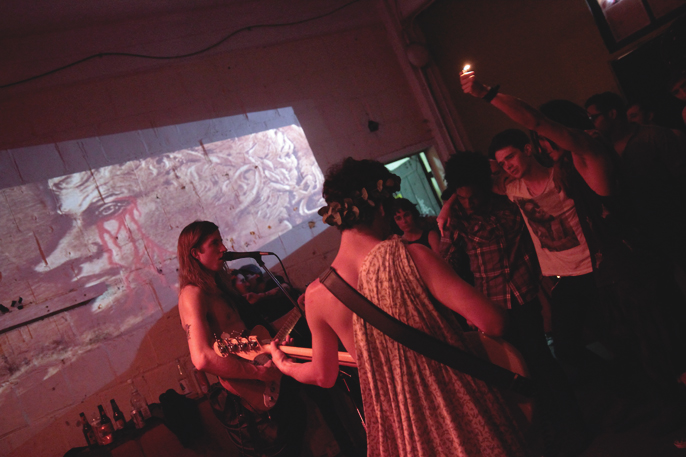