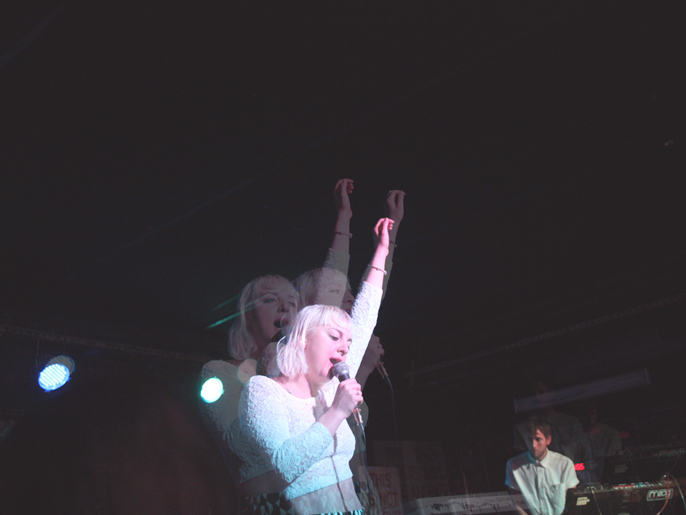 Canadian-based artist Lowell just released her debut EP, I Killed Sara V., and it has everything you would want from an electro-pop album. On tracks like “The Bells” it’s hard not to be pleasantly hypnotized by her decadent wave of chiming bells, bass and sweet voice, dripping in innocence. Conversely, her other songs take an approach to electronic sound that borders classic soul music, like her title track “I Killed Sara V.” that features sprinkles of piano and mournful chants of profoundly self-aware lyrics. Pretext had the opportunity to ask this budding artist a few questions, and we were delighted with what she had to say.

STRAW: Some reception of your single “Cloud 69” off the EP has suggested that it’s a feminist rally against teen misogyny, was this your intention?

LOWELL: I suppose. I was just laying it all out on the table. It means a lot of things. People hear what they want to hear. I would say, interpreting the words this way in itself is a feminist rally against teen misogyny.

STRAW: Sorry to ask, and I almost feel intrusive to ask… but who is Sara V. and why did you kill her?

LOWELL: No apology needed. But no comment. I can say that she had to go. And I wouldn’t say I so much as killed her as exorcised her.

STRAW: Your lyrics can be painfully self-aware. (Re: from title track “I Killed Sara V.”: Take a little breath, take a little breath, everybody knows that we can’t go down from here. And the kids in the wilderness never been stopped by the cops for the color of their skin. And I think too bad, nearly everyone who came by my record has the money to keep themselves from knowing what the truth is that they get rich everyone else just lies beneath you.) Do you think your fans will notice, or that maybe this poignancy will affect who your future fans are?

LOWELL: A select few will notice and a select few won’t. The pop aspect of my music will bring in a large group of people who realistically couldn’t care less about any of the shit I sing about, but that is absolutely fine. As long as they listen in some way or another. I try not to be so pretentious that I alienate groups of people. I refuse to shame people for being less educated. Ironically enough, the line you have chosen points out exactly that. That’s why I’ve approached this EP/ album so purposefully in trying to infuse political messages into ridiculously catchy melodies, like a fairytale. I’m not trying to say something no one has ever said. I’m not trying to start some feminist club, that only the most “educated” feminists have the right to speak for. I’m trying to reach out to a group of people that education has forgotten. 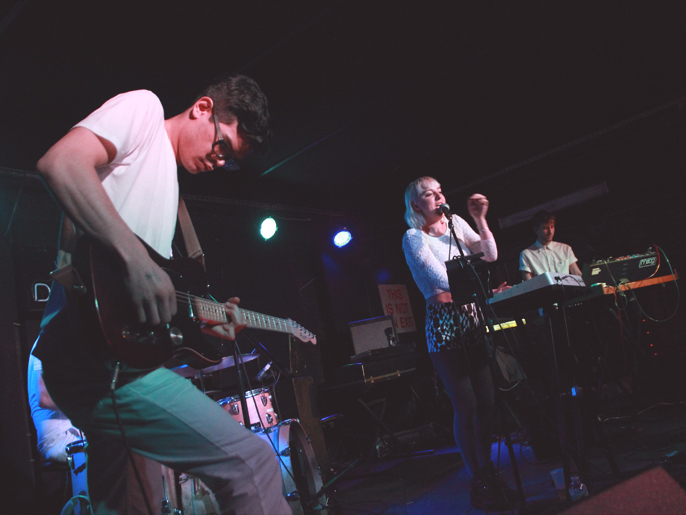 STRAW: What was the process like recording I Killed Sara V.?

LOWELL: The EP I Killed Sara V. was recorded at the same time as my LP “(We Loved Her Dearly)” over the course of two years. That’s not to say the writing, or producing of the record didn’t come easily or quickly. Writing has always come naturally to me as they are entirely autobiographical, so they are just stories of my life. I finish songs usually within the hour. It’s more of the adventure that led up to finally releasing that took so long. Over those two years, I moved to the UK to begin a writing career, which funded putting a band together to tour Europe, created art exhibits along with multiple visual projects and created/ released another EP with my side project Apparatjik. The process was just, a process.

STRAW: Despite being in your early 20’s, your music suggests a person wise beyond her years. Do you feel at this point you’ve got your shit together? What future wisdom are you most excited about discovering?

LOWELL: I’ve been exposed to a lot of things at a young age that some people never even come close to. I escaped and I’m smarter and older because of it. I have my shit together because I have no choice but to have my shit together. In this world even the best of people look for weakness. Knowledge is power. 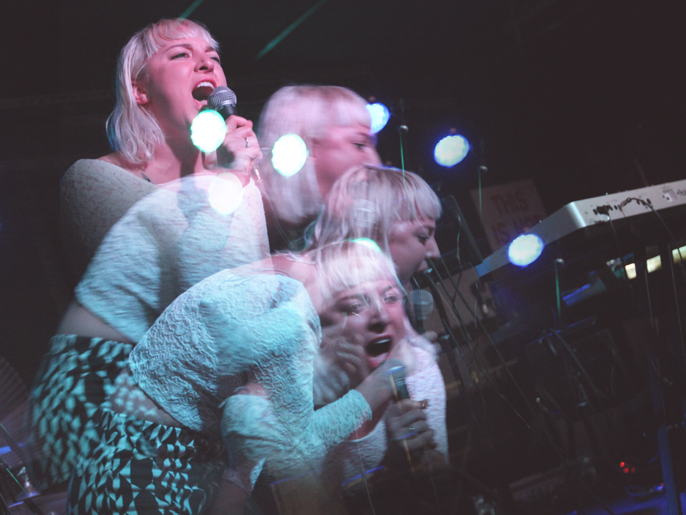 STRAW: What is your spirit animal? 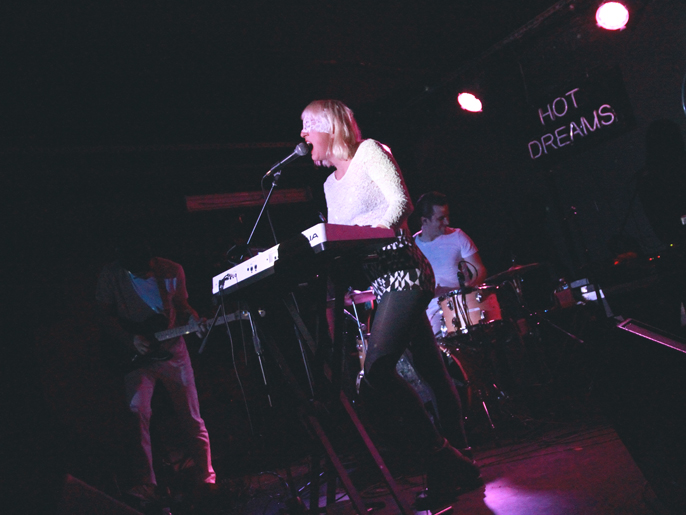 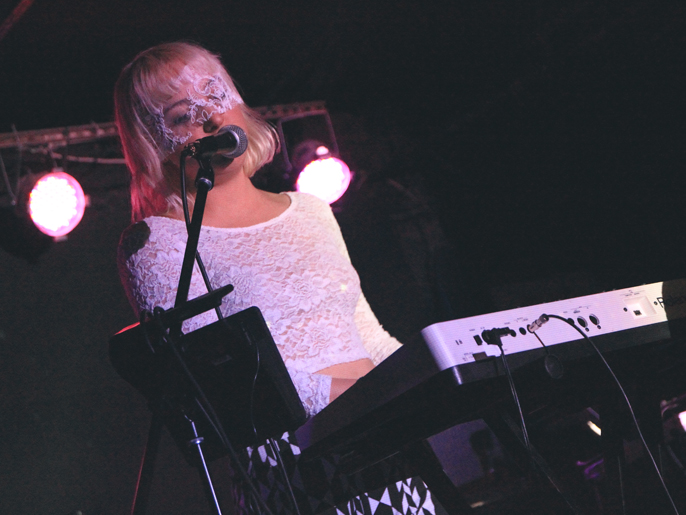 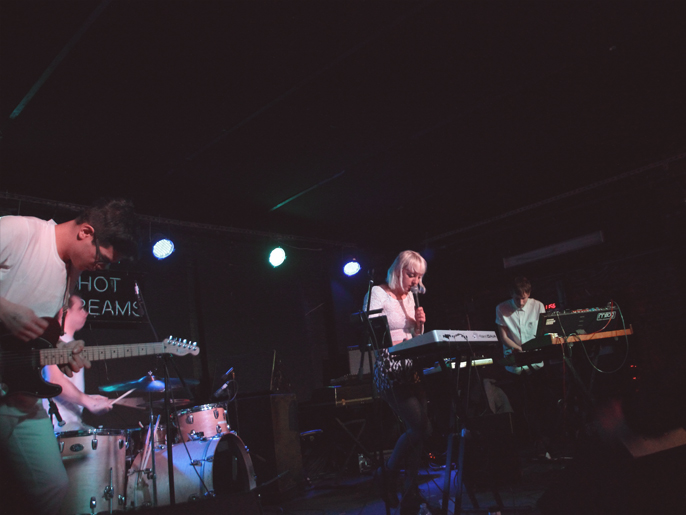