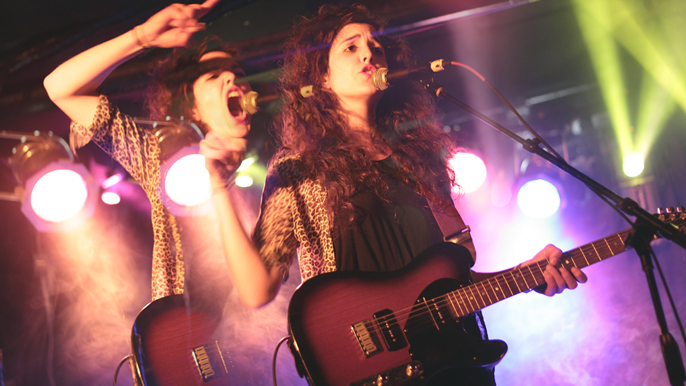 XNY is the charming Pam Autuori (guitar/vocals) and Jacob Schreiber (drums) whose friendship creates a chemistry unlike any other band. Their newest album “Orange” has a clear blues-rock influence, but with a punkified folk vibe  thrown in — think Lucinda Williams but more aggressive. The album digs deep with Schreiber’s blues swagger and Autuori’s emotionally penetrative vocals. Her voice sits beautifully between Ani Defranco and Fiona Apple, and the neurotic, bipolar lyrics of heartache and inner dialogue are reminiscent of Alanis Morisette. 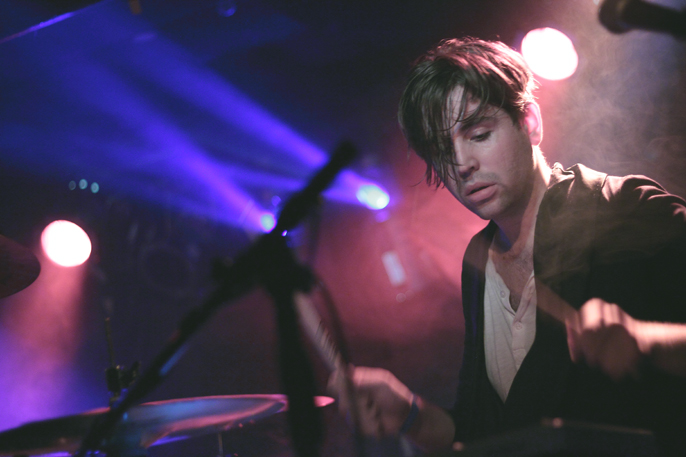 On a recent Manhattan Sunday the air was pleasantly damp, the L was down, and a friendly gathering of ambitious Brooklynites began filling the basement of Webster Hall. I first heard XNY when a friend and I serendipitously stopped by Spike Hill. We were immediately drawn to XNY’s incredibly dynamic and frenetic sound. I was just as impressed, if not more so, seeing them again at The Studio. They performed with a precision that only comes from hours of rehearsal, but their ability to play off one another made the timing natural and effortless.

Their set was full of highs and lows like a fervid mania. “No I Know” started soft and deceptively sweet before skipping neurotically from anguish to empowerment across a landscape of well-timed surprises thanks to Schreiber’s jazz-influenced drumming and Autuori’s unique inflections. Her voice possesses what I refer to as the “brown note of sobs” — a breath of raw emotion that elicits an uncontrollable whimper deep within you. You hear it in singers like Adelle, Florence Welch, and Hamilton Leithauser (The Walkmen), but Autuori’s is able to dive from vulnerable to frightening without skipping a beat. This characteristic made the abbreviated cover of Etta James’ “At Last” in the middle of “Yours Only” feel absolutely right.

Just like after the first time I saw them perform, I felt a layer of tension melt as I walked out and into the late evening — a catharsis that I see so many young New Yorkers desperately searching for. So for your own mental health, I urge you to attend XNY’s next show. Lucky for you, they’ll be at Arlene’s Grocery December 8th. 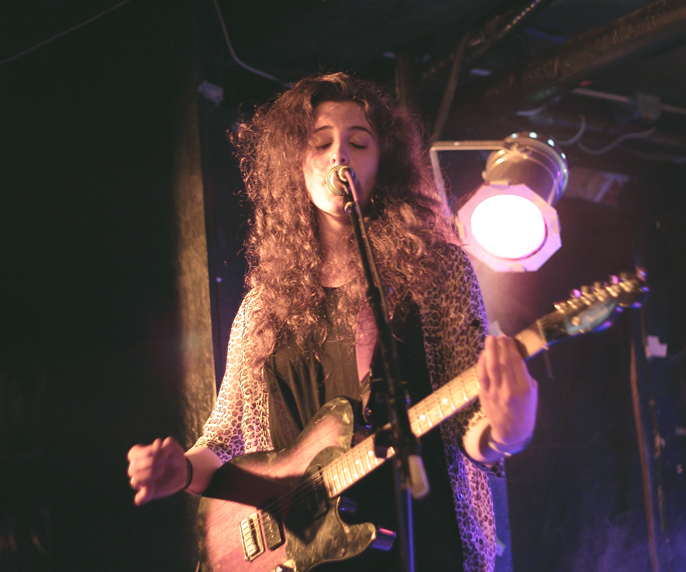 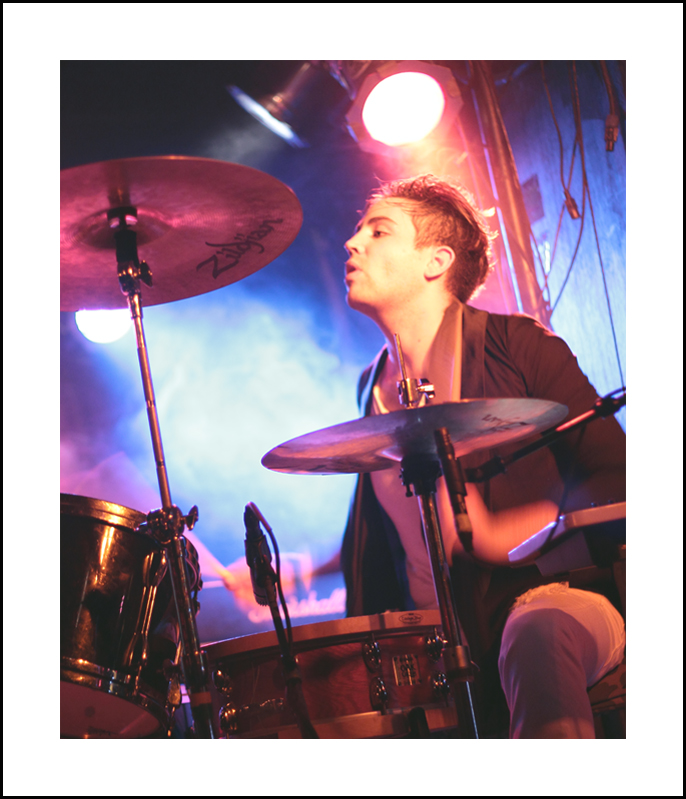 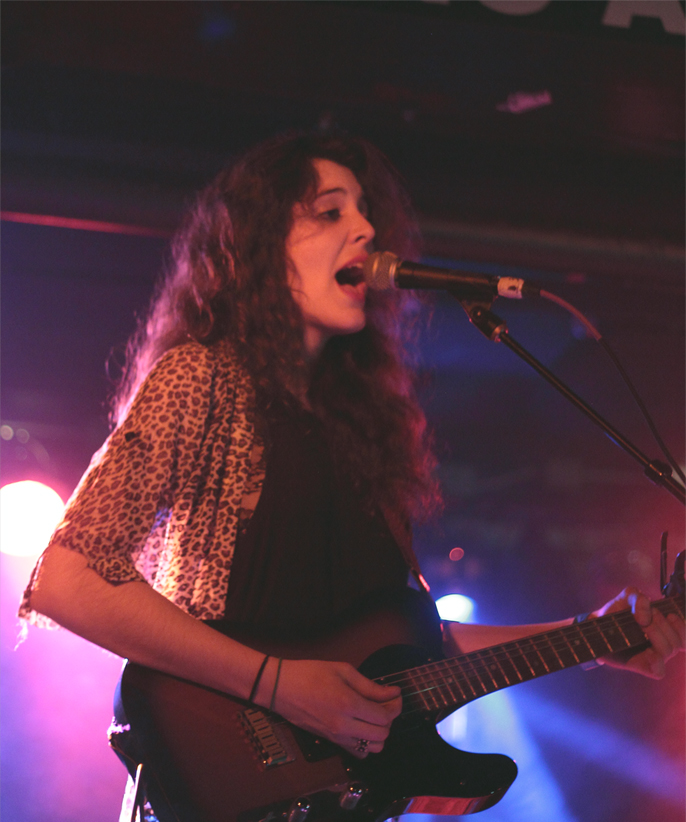 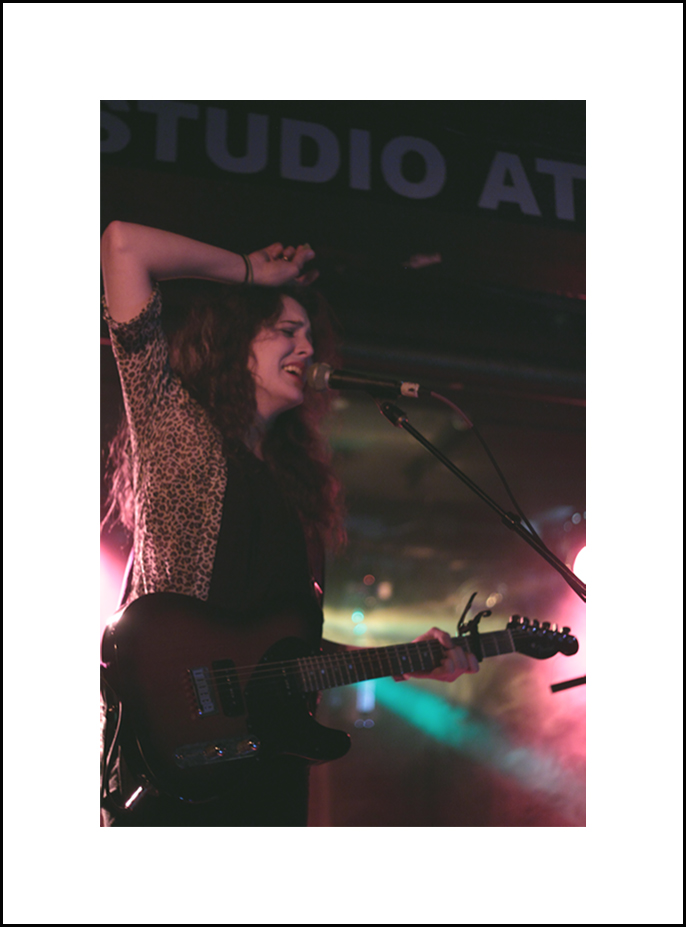 More on the band: www.xnymusic.com