It’s been a year since filming All Hail The Common People — a music video and ode to Pulp’s classic anthem “Common People” — the making of which became the catalyst that forged Pretext Social Club. Ironically, the video has never lived on the site. So to celebrate the anniversary, Pretext presents the video as well as some extra goodies that went along with it. 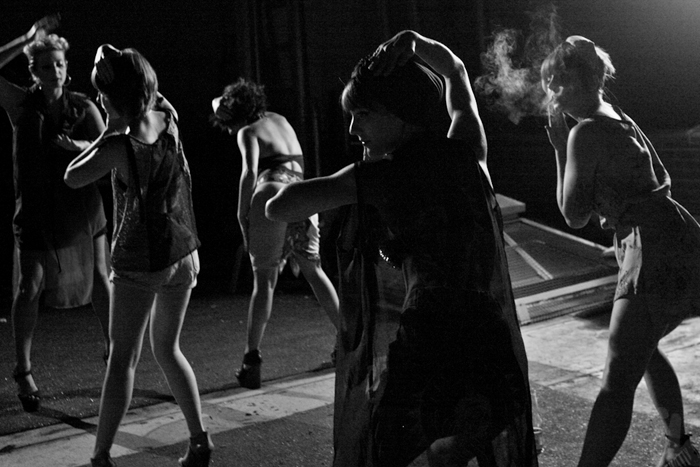 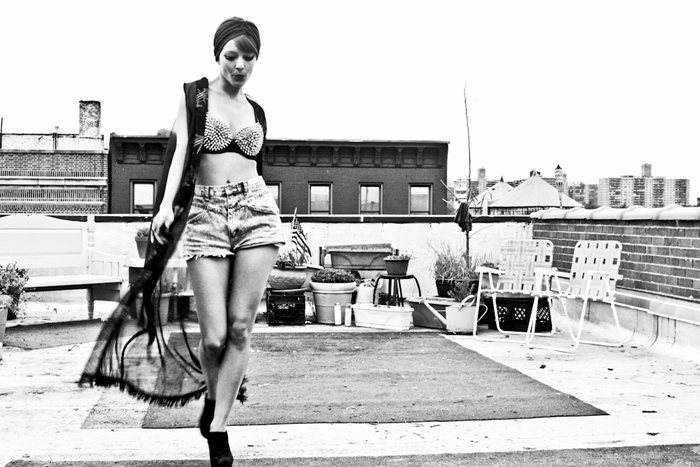 Day one of shooting. Photographed by Brian D. Caron.

I started listening to Pulp’s “Common People” on repeat. After seeking out and listening to absolutely every cover out there, I proceeded to watch Oliver Stone’s Natural Born Killers a half a dozen times. It was this combination that I was drawn to because they both expressed inhibition and a touch of angst. Mickey and Mallory (based off Bonnie and Clyde) realized — quite violently — that if you want anything in this life, you gotta go out and take it. A part of “Common People” was written in the same vein including how injust society can be; the rest, like most great music, was added because it sounded cool. (There’s a great BBC documentary about the song’s origin you’ll enjoy if you’re also a Pulp junkie.) I think I wanted to blend those two sentiments, the extreme frustration and that “I’m gonna fuckin’ take it” attitude. In a way, the shear act of creating this video exemplified that sentiment. Also doesn’t hurt that the creative energy from those involved added an extra layer of awesome, and I thank them all for allowing me to spend the last month of summer doing exactly what I wanted to do (partying and making shit). — xo Jess 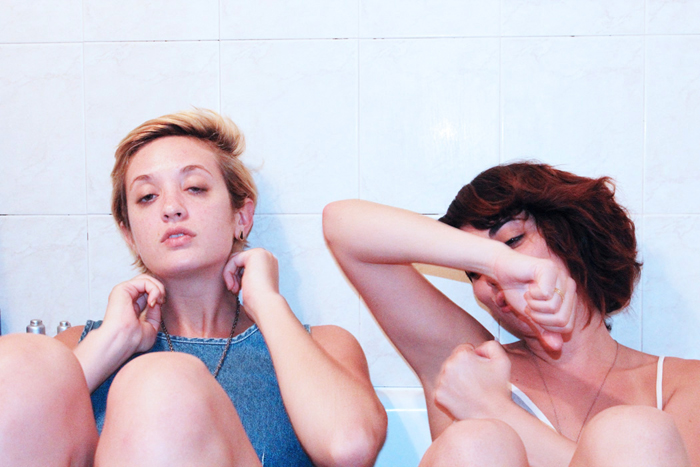 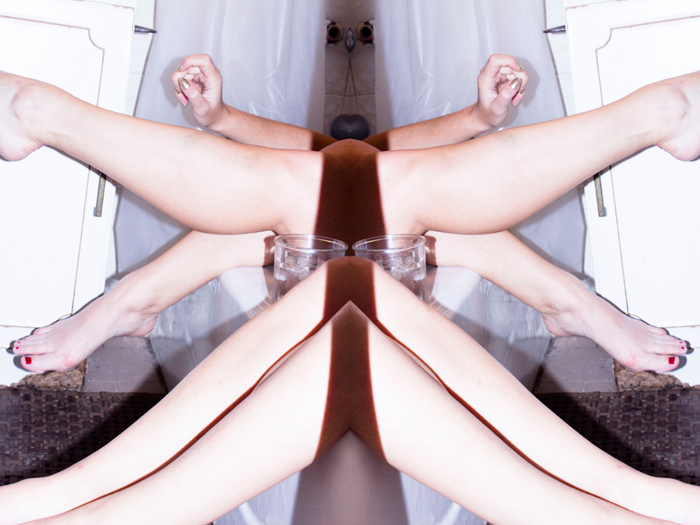 “All Hail the Common People” was an enlightening project for me — in terms of my life in NY, the friends I had made and the art/vision I wanted to be a part of. The individuals that came together to not only make this collective but to make this project happen, were always brilliant in my eyes, but to physically witness everyones passion and love for their craft was a bit unreal. It is not often that so many talented artists have the opportunity to come together and create something they are all proud of and eager to share with the world. (The icing on the cake is the simple fact that these artists happen to be the same people that have seen me at my sloppiest stages and have no problem holding your hair back).

As for my role in the project, I would be lying if I said that choreographing to a song like “Common People” was easy, especially after seeing the video multiple times. I mean honestly, how could I top Mr. Cocker’s epic dance moves? It also doesn’t help that I am a bit of a masochist when it comes to criticizing my dance/choreography. So the combination of my subconscious self-loathing and Jarvis’ gyrating bottom were huge shimmies I had to get over or at least match. (Thankfully, I had a very fun and easy going group of dancers to work with.)

“All Hail The Common People” is, by far, the one project I will always remember every moment of (no matter how much champagne was involved). — xo Dana 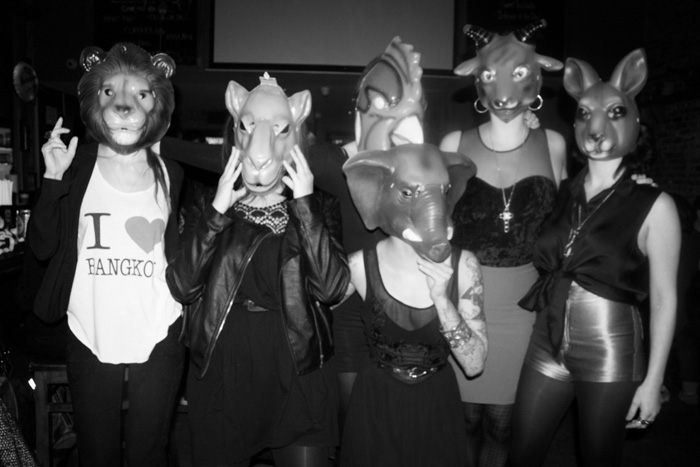 The screening party at Good Co. Photographed by Cameron McLeod 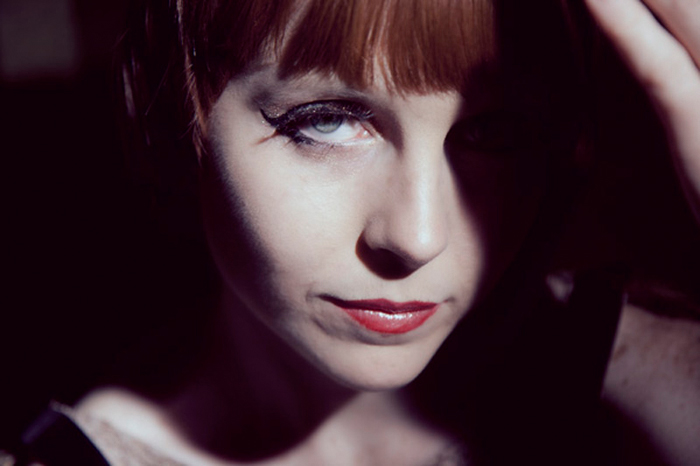 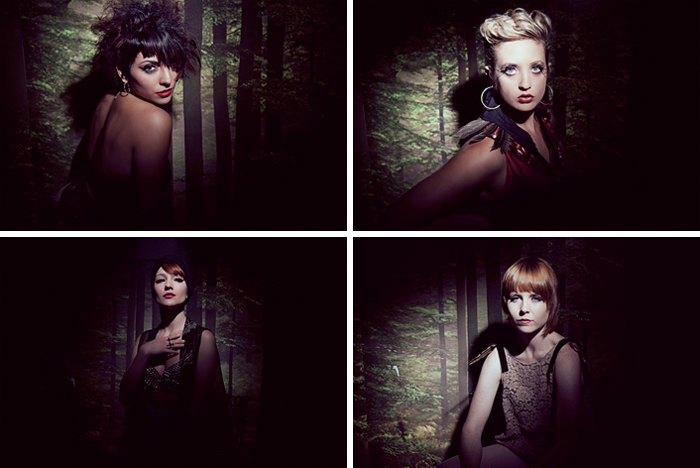 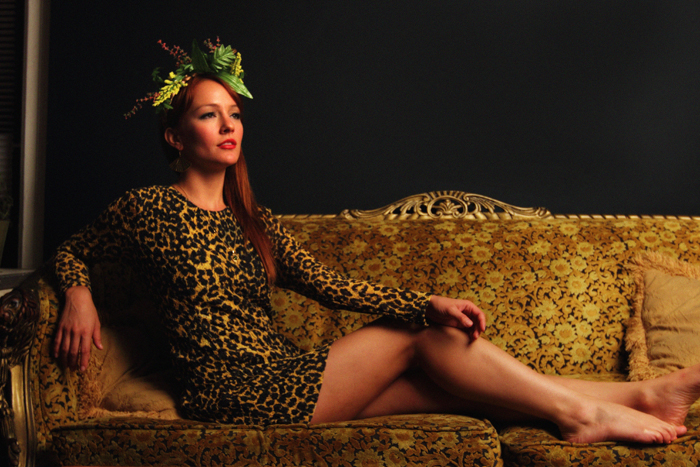 The Girl from Greece. Photographed by Cameron McLeod. Styled by Jessica Straw.