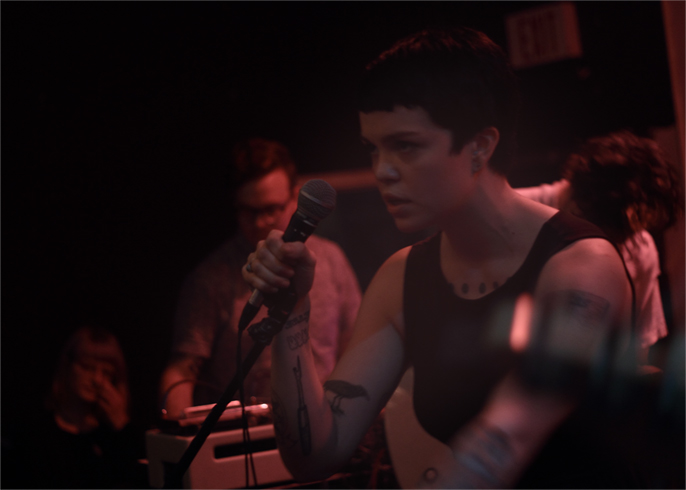 My pathetic ten dollar umbrella was getting beaten to a pulp the entire 10 block walk from my apartment to Shea Stadium, and the freezing rain too stubborn to just be snow was bouncing off my leather jacket and soaking through my boots. This was real shit weather for a Friday night. It’s these kind of conditions that can have one of two effects on a show; One, you end up with a venue full of dedicated fans and it becomes an amazing night; Or two, most people don’t show up and the ones who do are cold and wet and static. Sadly, most of the night seemed to be tainted by the latter. 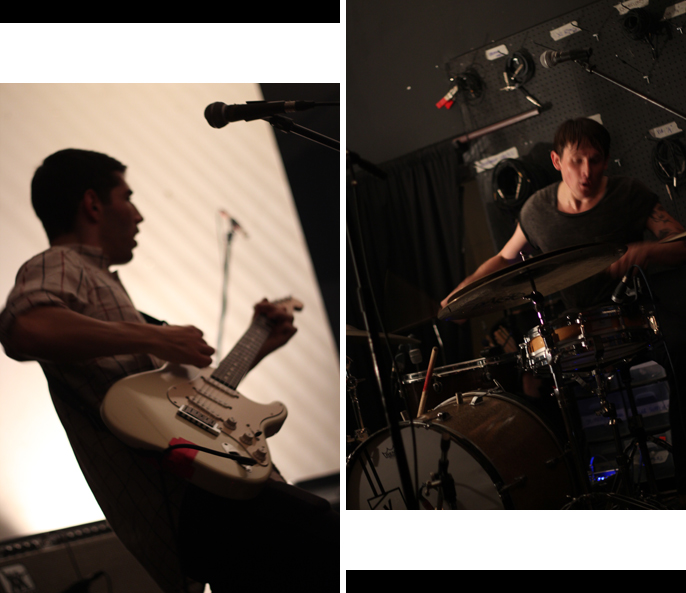 I managed to arrive at Shea Stadium, one of my favorite venues in Brooklyn, just in time to catch Yvette. I was shocked to find their massive sound was the result of only two players and the help of a complicated web of pedals, controllers and synth boxes spanning two suitcases and one very large pedal board. Their sound brought to mind some blend of Metz and Nine Inch Nails with a softer vocal and less pop song structure. The apocalyptic drums were hard hitting, fast and almost tribal in nature creating a trance-like sway in the audience. The set felt as though it ended rather abruptly and without warning — I half expected them to explode back into the song. 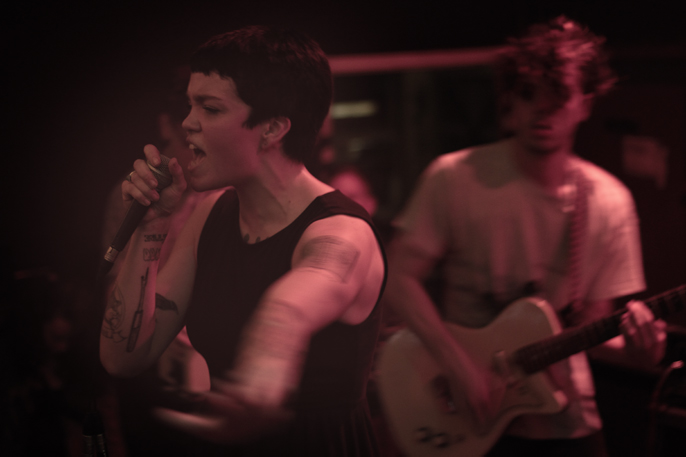 For the next act, take a ballerina — graceful, very intentional and commanding — then throw her in a blender with a poet who succinctly conveys the complication of experience and a biker-type metal head complete with tattoos and a tough facade. Set your broiler to life and bake for 26 years. This is Meredith Graves. She’s completely captivating, and as the buzz around her band, Perfect Pussy, only proves, her charisma is not lost on anyone. This is one tough chick that’s challenging the softness of vulnerability by delivering it with all the aggression and intensity of the best hardcore bands.

A blazing set that is all of 20 minutes swings between sounds that blister in your face to softer moments that make the songs bleed from one to the next. Their melodies that are so lovingly supported by the chaos in I Have Lost All Desire For Feeling, their four song EP, seem to get lost in their live mix, leaving me slightly disappointed. Despite a few attempts at movement, the general reaction of the audience was much tamer than I expected. Three boys in the front seemed to carry all the energy of the entire room, which can taint any show experience to the less exciting direction. Given the weather as mentioned before, I’d give the band the benefit of the doubt. 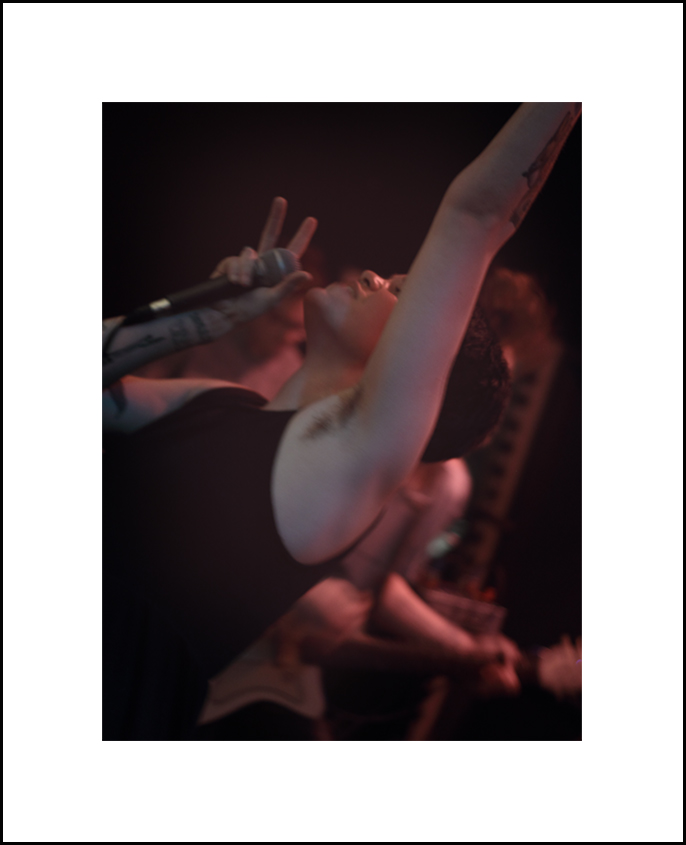 California X I was most excited for and the band that originally drew me to the show. Their self-titled debut record has been on my Spotify rotation for a while now. It’s head banging rock littered with guitar riffs and memorable melodies.

This might be unfair after following the intensity of Perfect Pussy, but everything about California X was just, all right. As opposed to their record — which as Pitchfork pointed out in their review — is full of passion and solid song writing, the show felt like watching a tense rehearsal. Overall, I got the sense the band doesn’t have much fun playing their set. At least Dan, the bass player, thrashes his long blond hair about in an attempt to carry some of the stage presence Lemmy, the frontman, seems unconcerned with carrying. But when you compare them to their Nashville peers, Diarrhea Planet, who rock a similar direction but with all the passion they can muster, it’s hard to top one of the best live shows I’ve seen in awhile. While I wouldn’t mind seeing them again — maybe in the summer, maybe without rain-soaked socks — I’d suggest spending your money on the record over the show. 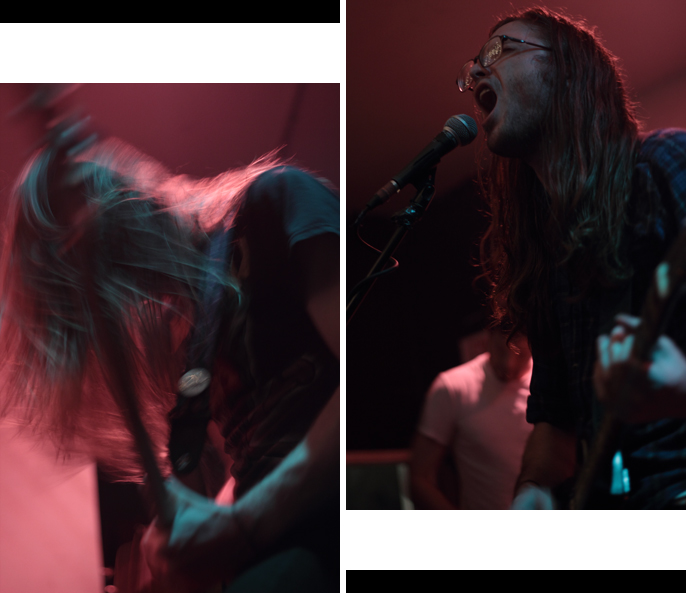