Off the upcoming album Sun Songs by The Adventures of the Silver Spaceman on Capitalist Records, “Free Jazz” is deliciously weird all on its own as a sonic exploration in folk-punk debauchery. Featuring Zachary J. Ellis (the mastermind behind TAOTSS),  Sir kN8 the Knight of the New (Nathan Ogelsby) and Fritz Cook (Michael Busse), these fellas raise their freak flag high for Sun Song’s debut music video by visually portraying the strangest of dreams far too pleasurable to call a nightmare. A little outer-borough dirty, a hint of low-country trash, these freaks unapologetically exude a surprising sex appeal that makes you wonder if crooked teeth are now a turn on.

Directed and edited by The Spaceman himself, its lofi-quality never steals focus or becomes what defines it. The graphics are there but only to support what’s in frame, rather than forcing some action to fill a timeline. Ellis’ creative choices in post-production beautifully allow the characters to stand at the forefront (as they should). At first glance, the video evokes tropes associated with “hipster” culture (overgrown urban environment, graffiti, Ellis’ plaid shirt), but quickly eludes generic classification by exhibiting avant-garde idiosyncrasies making it a truly original specimen. Even the song itself weaves layers of genres ranging from 70s no wave to early hip hop, without ever feeling overtly derivative. One of my earlier listenings of “Free Jazz” was while visiting family on an errand to the grocery store, and I relished the experience of driving through the suburban parking lot with the speakers up and the windows down. I couldn’t be more pleased that this subversive nature carried through to the video.

When Ellis appears as himself, his eyes gleam suggestively as his hips swivel and limbs lurch in time to the music. So distinctive is this dance move, I feel it warrants a name–The Free Jazz. As his other self, he becomes angular and creature-like–nearly unrecognizable. He lurks in shadows and contorts his body, thrashing his guitar, his voice lingers deep within his throat like an ancient purr–it becomes unclear whether he wears his primal, fanged appearance or if the mask is wearing him. So animalistic is Ellis’ id, I’d go so far as to say the creature just grabbed the title of Bushwick’s spirit animal. Careful, if you try to grab his crown, it may bite. 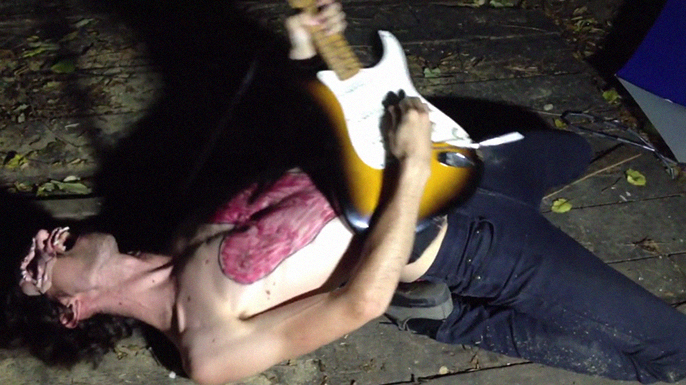 Sir kN8’s appearance exudes the nonchalant wisdom similar to the pipe-puffing caterpillar in Wonderland. Even when Sir kN8’s gaze pierces through the lens as he leans against a table and slaps his own cheeks, somehow his attitude and golden mane manage to command respect–though not in the same way as crossing the street to avoid a crazy person. Perhaps it’s because his rhymes make all the sense, reminding you that not all is evil (“…love possesses a more actuated reality than the instances of its absence intervening in openness…”) 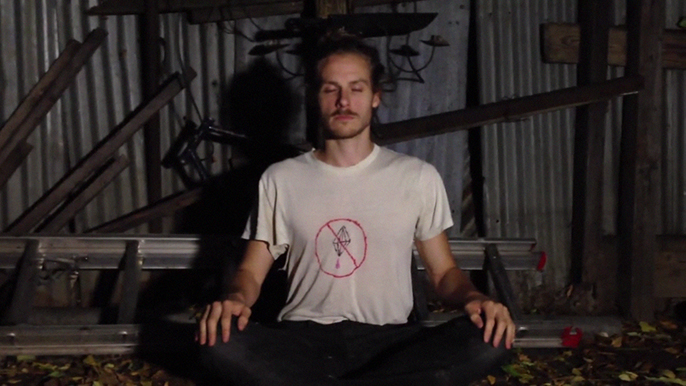 Shot by all three players on iPhones, familiar locations begin to appear after a few viewings (and I recommend more than one); the backyard of the shuttered DIY venue in Bushwick that hosted Slackgaze’s Slackfest this past summer; a stone facade resembling The Cloisters in Washington Heights that is actually England. Some of Busse’s parts were shot there as well as Berlin and Amsterdam–befitting of his stoically cool vibe. Coming in at the end, his swagger soothes like aloe applied to the cerebral burn just placed on your mind. 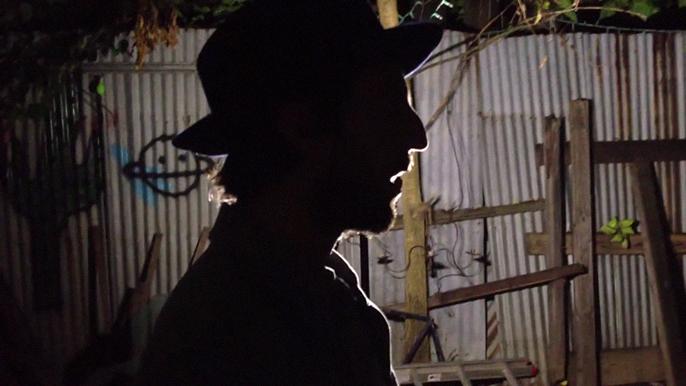 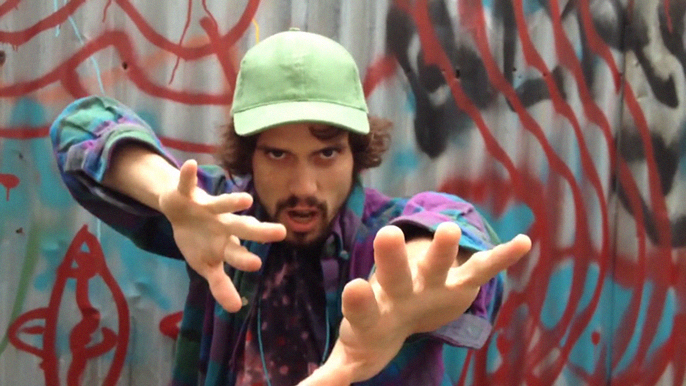 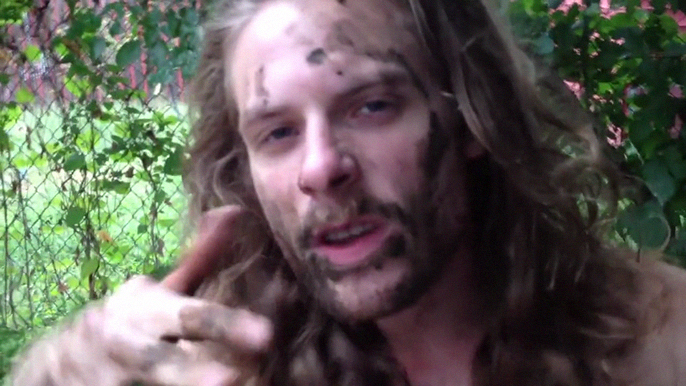 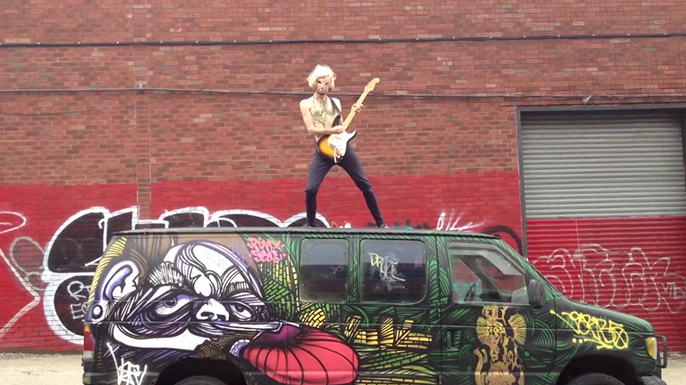 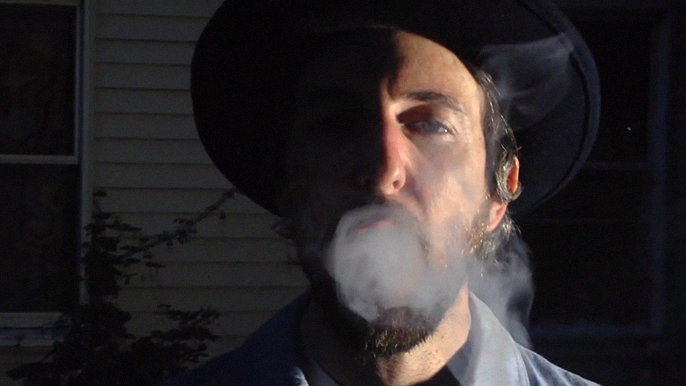 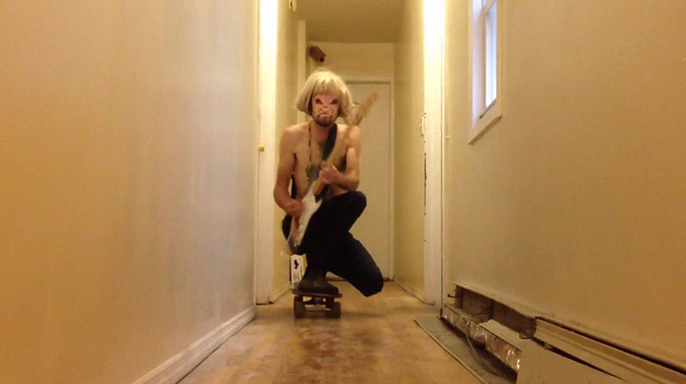 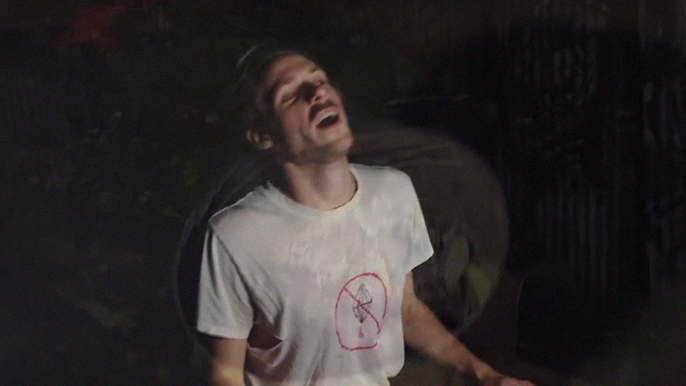 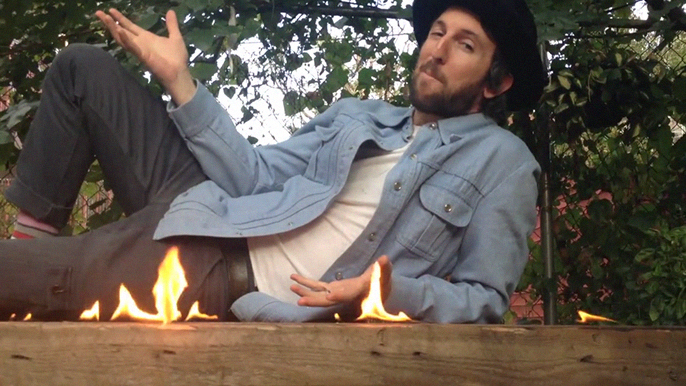 Be sure to attend the release party for TAOTSS’s Sun Songs December 12th at Cake Shop with Breakfast in Fur, Landmarks, and others to be announced soon. In the meantime, listen to more of The Adventures of the Silver Spaceman and Sir kN8.

folk-punk , music video , premiere , The Adventures Of The Silver Spaceman