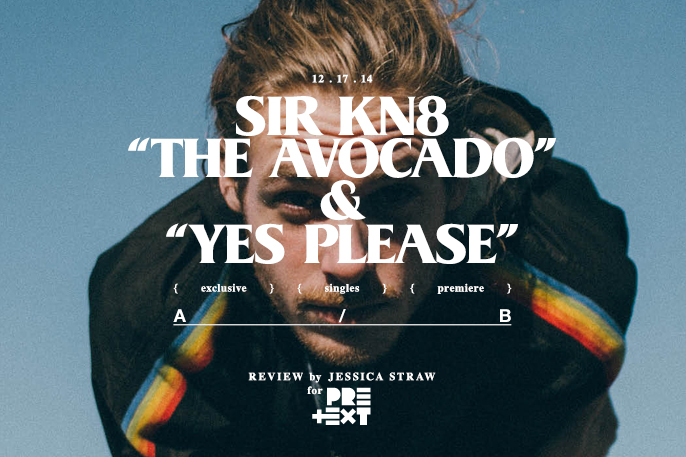 Sir KN8 rides words like a dolphin skims waves at high tide. Flowing effortlessly in rhyme and speaking in melodic sentences that intertwine, his singles “The Avocado” and “Yes Please” off the upcoming album, Quantum Electro Flavor Dynamics (Show and Smell Recordings), spread thoughts on meaning through the breakdown of subatomic particles, delving into the fundamental essence of life like a poetic form of Stephen Hawking’s A Brief History Of Time. Sir KN8 manifests a rapping shaman concerned with our existential well being, as he maintains a spiritual yet tangible mindfulness throughout these singles that makes for an introspective aftertaste in the listening experience.

In “The Avocado,” Sir KN8 deconstructs the meaning of this seemingly unassuming fruit by defining its essence which leads to questioning its very existence. For all who choose to actively listen and discern his casually spun, bopping words, the lyrics toss you down a paradoxical rabbit hole. Before you know it you’ve landed on the line: “…wear underwear,” and you think to yourself, “Who, what? How’d I get here?” I advise you let this wordplay tsunami just take you, it’s best not to struggle or else risk a minor existential crisis left with only a “pleasant green memory.” Because really, what is the difference between an avocado and an orange and its, or even my own, relation to the cosmic universe…see? (Best take my own advice.)

As the title might suggest, “Yes Please,” carries through the theme of openness I first took note of in Sir KN8’s appearance on The Adventures Of The Silver Spaceman’s “Free Jazz.” The single begins with electronic gurgles and tailspins that lead to Sir KN8 expelling verse in a proclamative fashion before speeding up like a VHS set to fast-forward only to then fall into Sir KN8’s more familiar articulately spoken swagger. At about this point in the song’s live performance, he removes an elastic band, freeing his hair and starts thrusting his pelvis at the air in the timing of a compound duple, and shit gets real: “Yes I want it all, yes I have enough. They say you never know, you better live it up.” After a taste of the A/B singles, I would say I can’t wait to hear the rest of Sir KN8’s Quantum Electro Flavor Dynamics…but I don’t have to! Having already received an advance preview, I know it’s dope and can assure you that YOU CAN’T WAIT.

Quantum Electro Flavor Dynamics, produced and engineered by Sir KN8 and Cornelius McMoyler, will be released digitally through Show and Smell Recordings and in physical form by Papercut Press as a book designed and illustrated by Alicia Papanek. The album release show, hosted by Slackgaze, is set for mid-January. Get the singles “The Avocado” and “Yes Please” now, available on Sir KN8’s bandcamp. Cover art photo by Michael Busse. 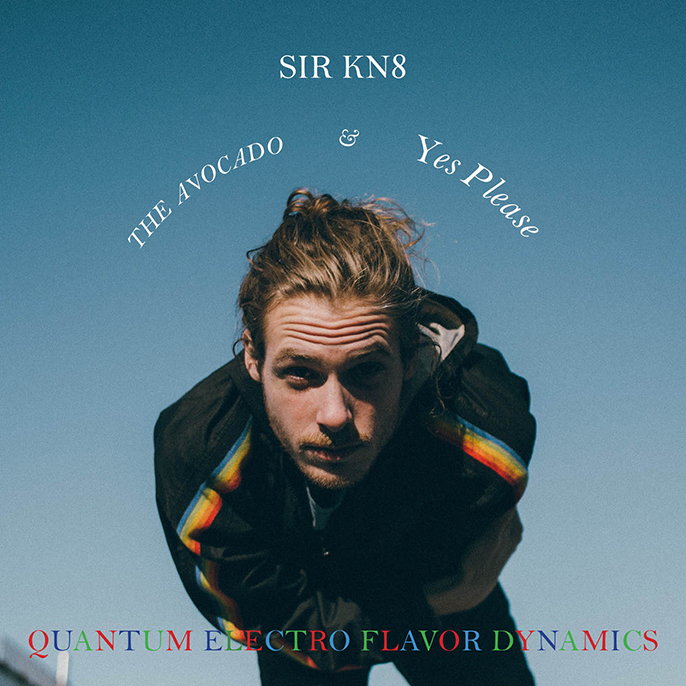