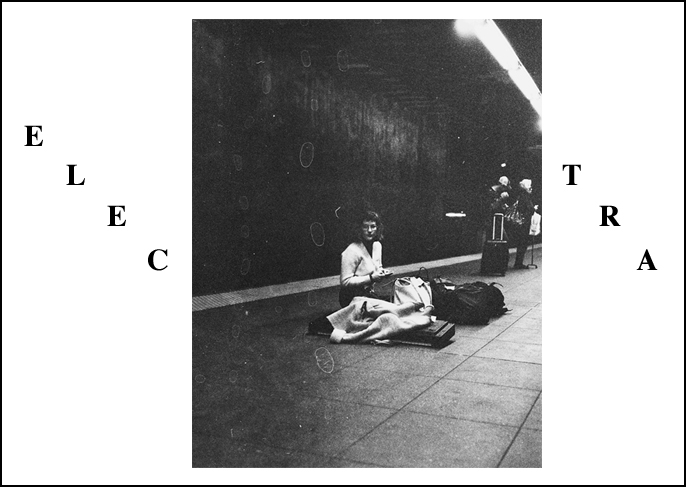 DECEMBER 14-16, 2013: The original plan involved cars, 4 musicians, gear, and a gig in Burlington VT. By the time our Metronorth train pulled out of the tunnel at the 125 Street station though, the city was turning strange with snow. The track to Poughkeepsie follows the Hudson and pretty soon we couldn’t see the other side … ELECTRA!!!

Our lite vehicles were decommissioned. So the first night I played a surprise basement gig in Pokip, and then by God we each wanted a little slice of Canada so Amtrak tix to Montreal ($67, 9 hours each way) were purchased, in order to make the second scheduled show after all. 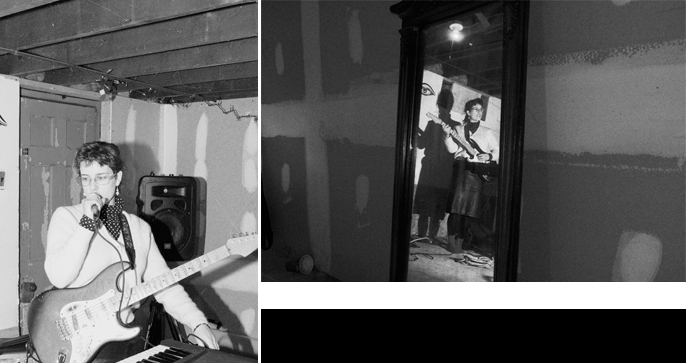 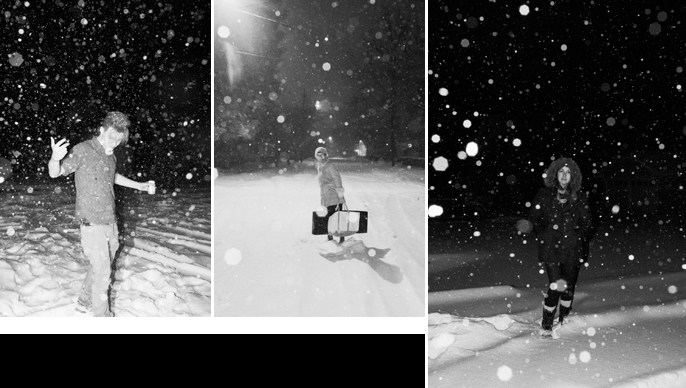 Why am I compelled to make bad jokes with border patrol?! The train has stopped here but there is no discernible border, no fence, no tollbooth even. The authority goes down the middle aisle exactly like a dementor to address each passenger. It’s my turn. I tell him that my friends and I are staying with a sort of uncle (true but not the whole truth, as gigging is illegal). He says, “Are you bringing anything for him?” A gentle smuggling inquiry, to which I reply, “No, but thanks for the reminder, you’re right! I’d better buy him a nice bottle of wine!” and I laugh and laugh with my eyes open until he walks away. Because this level of nervousness satisfies him that I am only non-essentially subversive. I suppose it is expected of innocent people that they should fear. 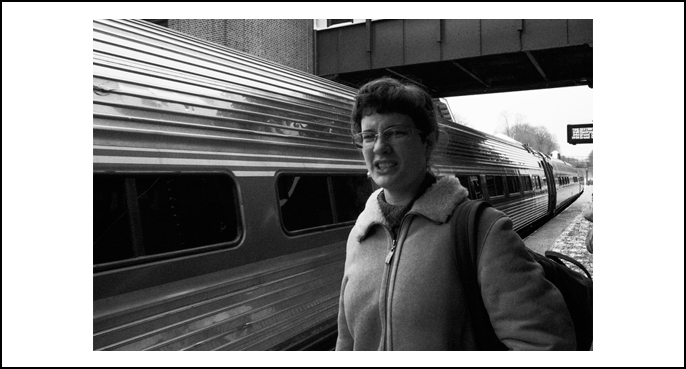 Montreal is a lot more foreign than I gave it credit for. Ignoramus! For instance the guy who sells you aspirin at the train station has no pretensions and at the same time he clearly prefers French to English. Does this mean that I can speak French without being pretentious? No! Parce qu’il est Quebecois and he has authority over the ramifications of his own tongue.

Someone tries to convince us to try the bagels, and I’m sorry but we live in New York. 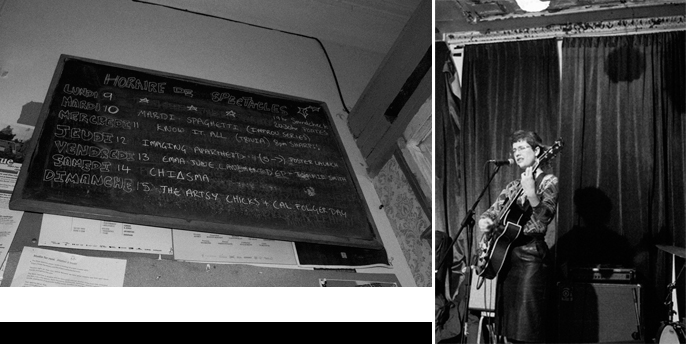 There’s no bother between the land and the frozen river also piled with snow. A man dances with a wooden pallet across a packed-down lot, his overcoat is a great equalizer. A tableau is a pattern that seems eternal but is really just regional.

We are back Stateside now. A silverback businessman dictates a Christmas card to his secretary from the train.

“Hey, chief. Yeah, here it is: ‘Cory got straight A’s this semester. Way to go, Cory.’ Exclamation point. Read back what I have. Oh, add Jim and Carol Brady. Thanks Ann.”

Click. He talks to the woman in the seat next to him. So far they’ve mostly been making out. His phone rings again.

A few seats over I’m writing my Christmas cards too. I’m thinking of writing to someone, “I know I don’t always make it easy, but I’m thinking long & hard about this Christmas card.” And then I’m wondering if I can write a really touching holiday song on this theme for next year. Jesus! What a scumbag! What debris I’m churning out as I barrel forward! 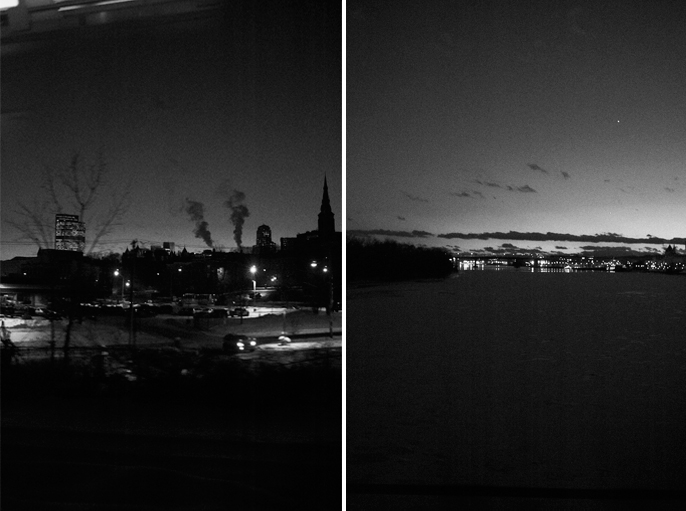 “Yeah this is where you get off. Albany. Good luck in your travels.”

“Thank you you too.”