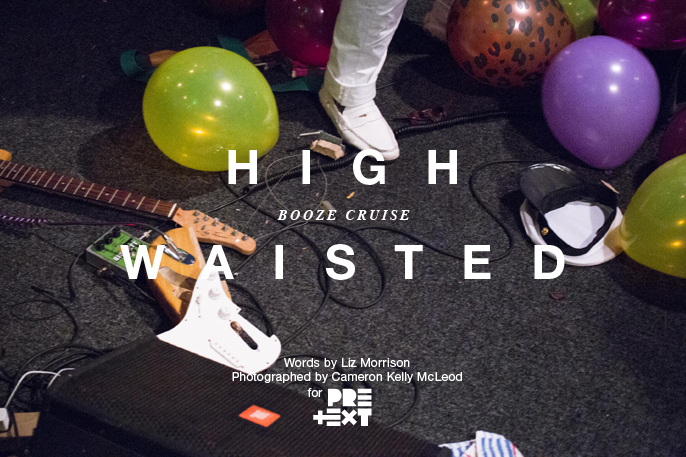 Last Thursday night, the NYC-based surf rock band High Waisted proved they know how to throw a booze cruise. Before even boarding, guests were appropriately greeted at the dock with leis. Once aboard, we found an open bar, only to be topped off by a photobooth provided by Self Portrait Project, face painting, gallons of balloons, and crowd-surfing palm trees. Frontwoman and beach-goddess Jessica Louise Dye kicked off the debauchery by smashing her guitar and our Fender-loving hearts. Meanwhile, bassist Jeremy Hansen, aka Captain pappy, kept the boat on course swayin’ his rhythms to the motion of the ocean. 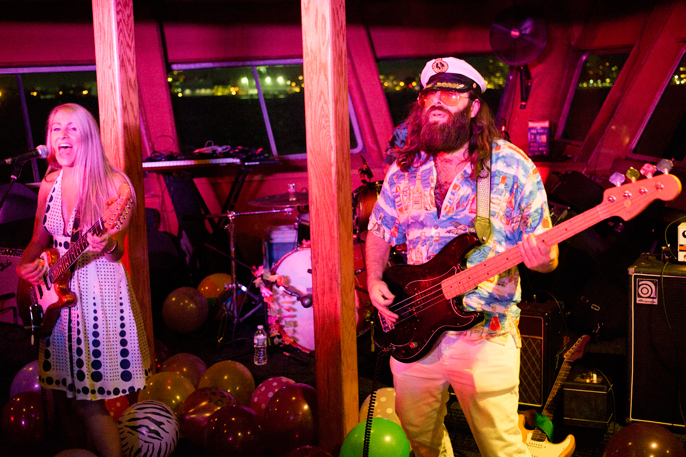 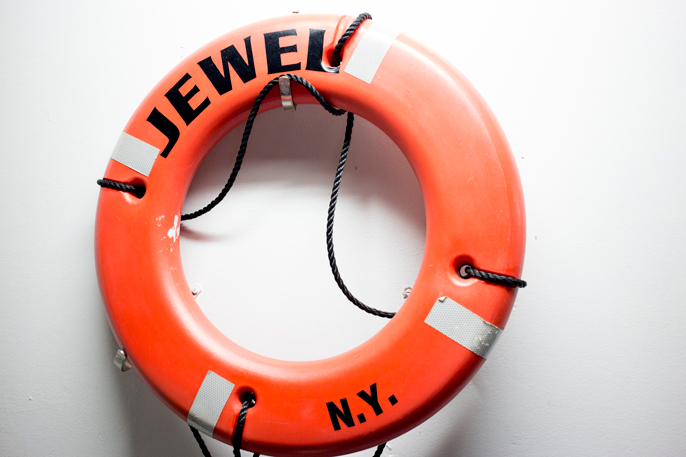 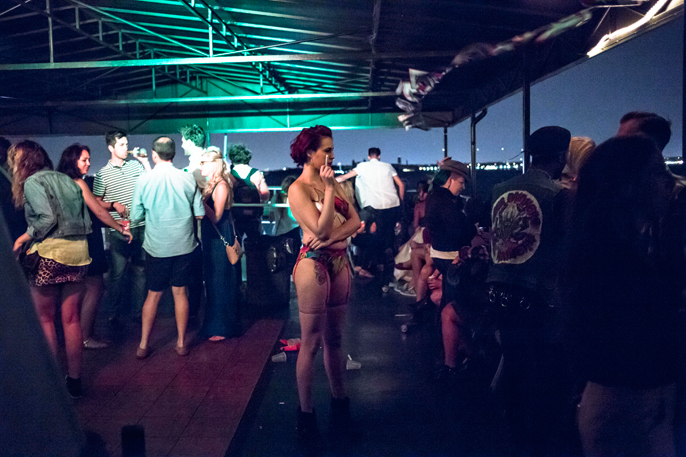 Following High Waisted’s raging set were performances by Mainland, Teen Commandments, and Prinze George against the perfect backdrop of a waxing moon against the iridescent Manhattan skyline. Yacht swagger was aplenty, to class the experience up, which included rock sponsor PBR dulling out the free booze as well as PBR-branded chapstick and wrist sweatbands. 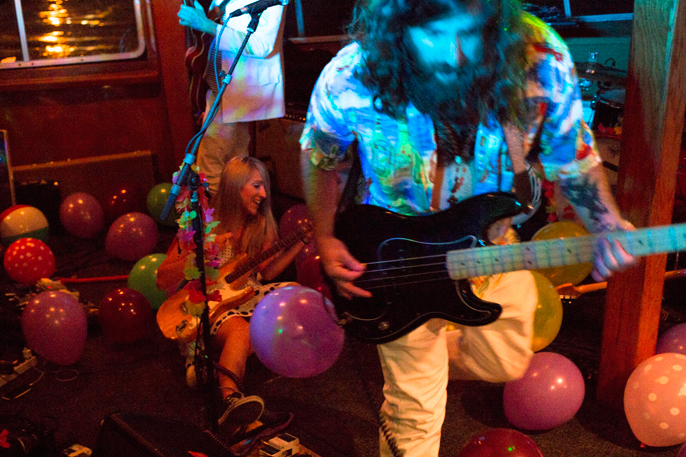 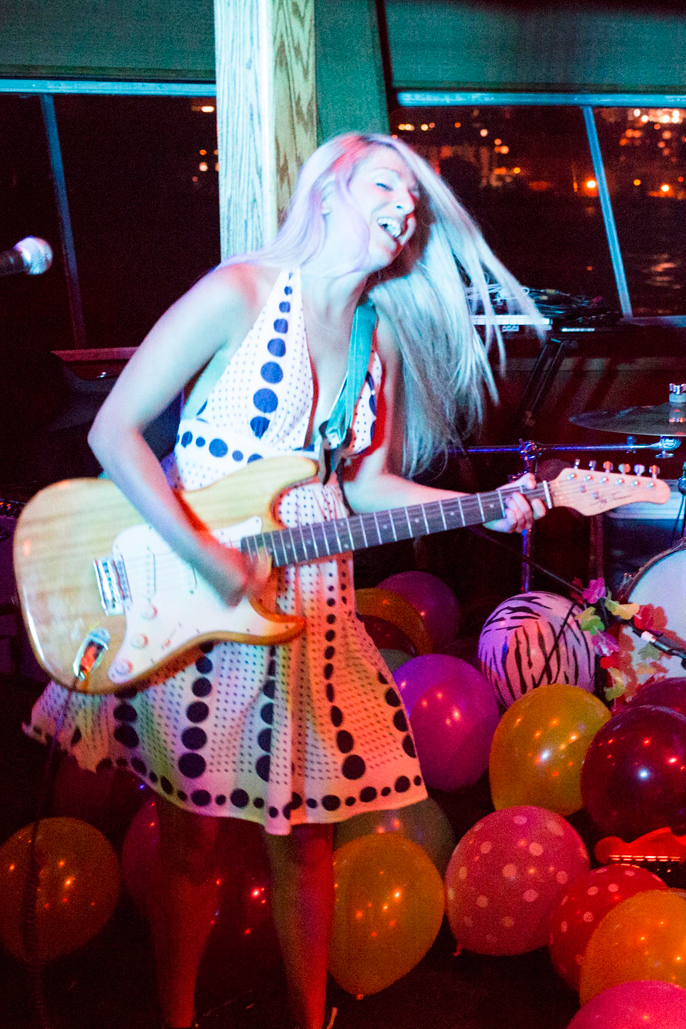 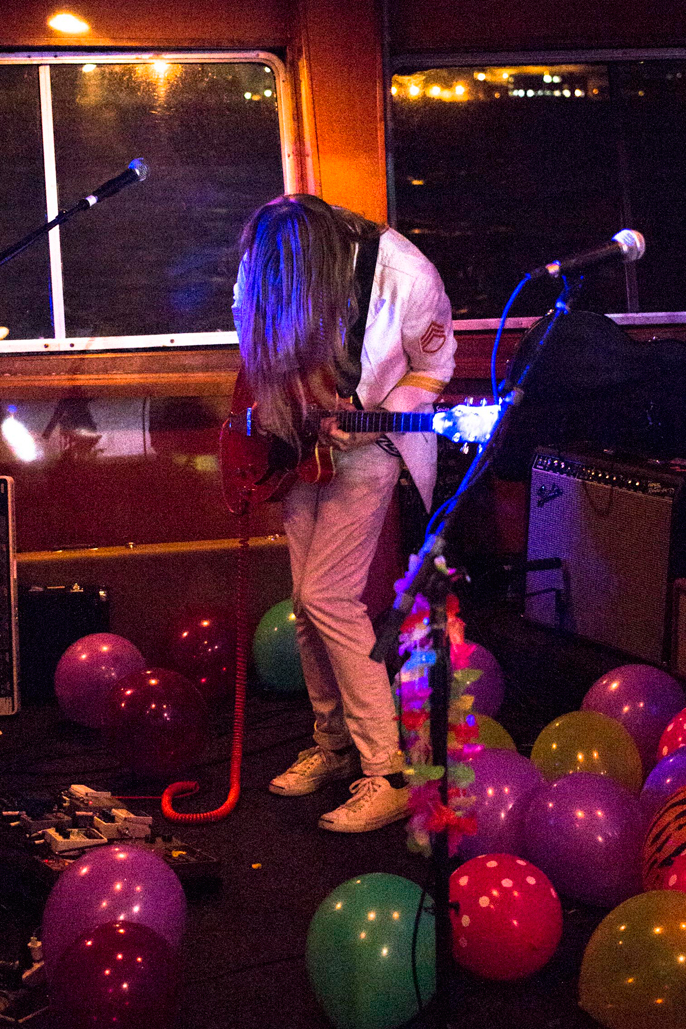 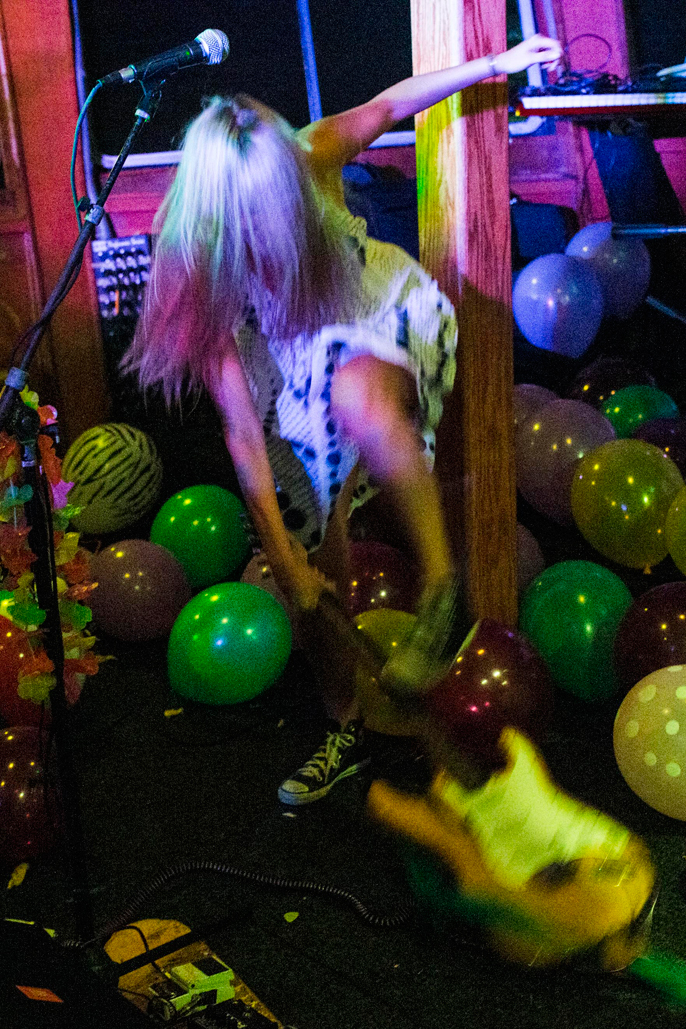 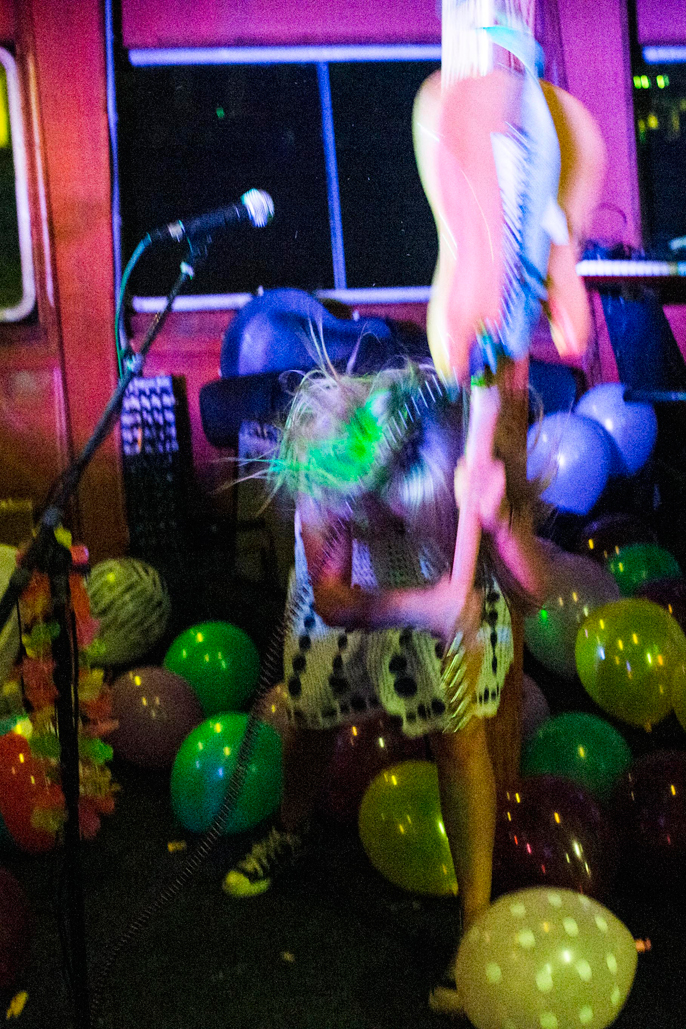 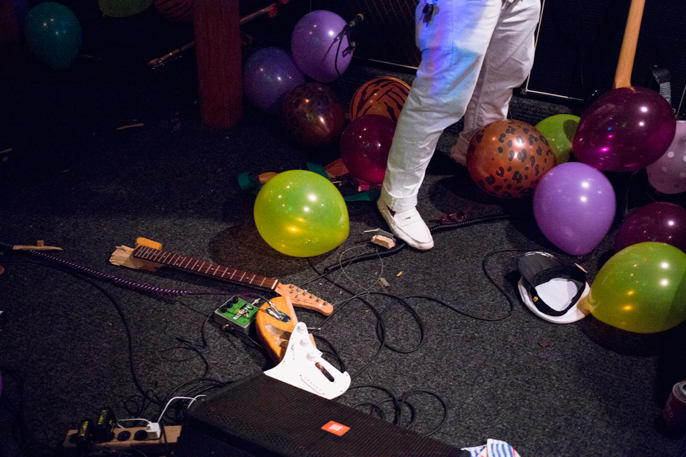 As the night came to an end, we stumbled back onto shore scoring a dumpster lobster and a free Uber ride home so that everyone arrived home just in time to catch enough sleep for a Friday workday. Thanks, High Waisted. 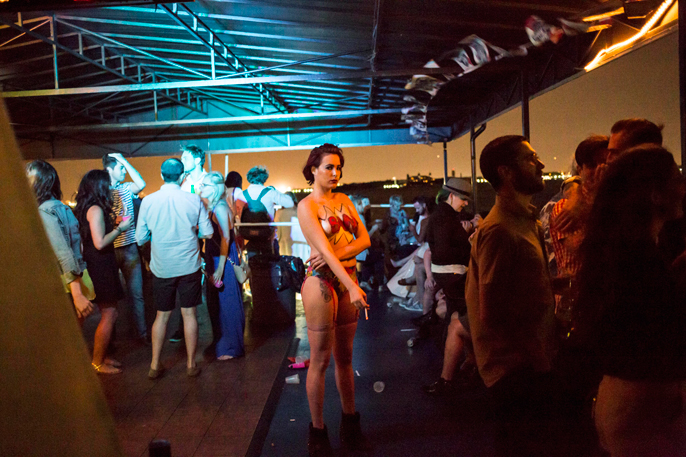 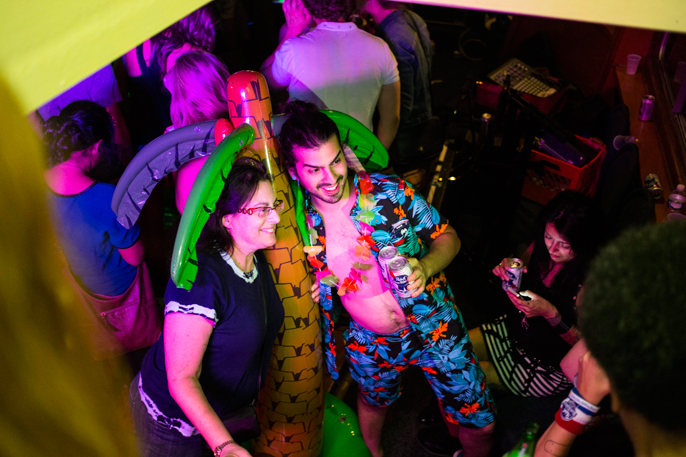 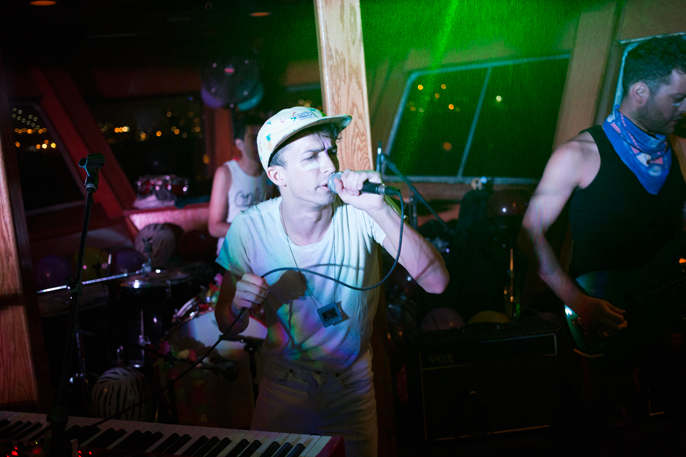 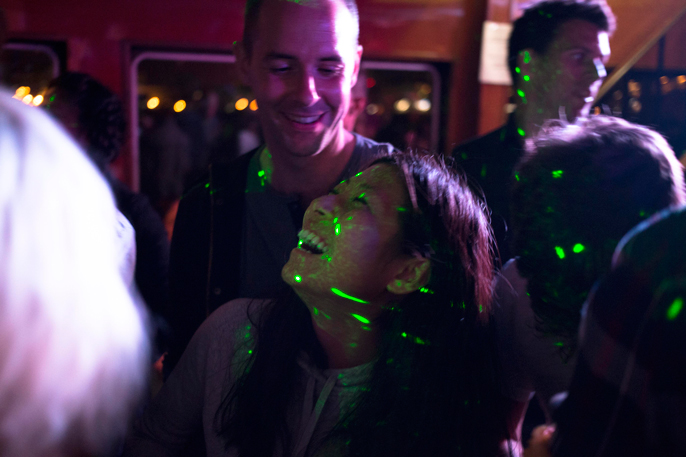 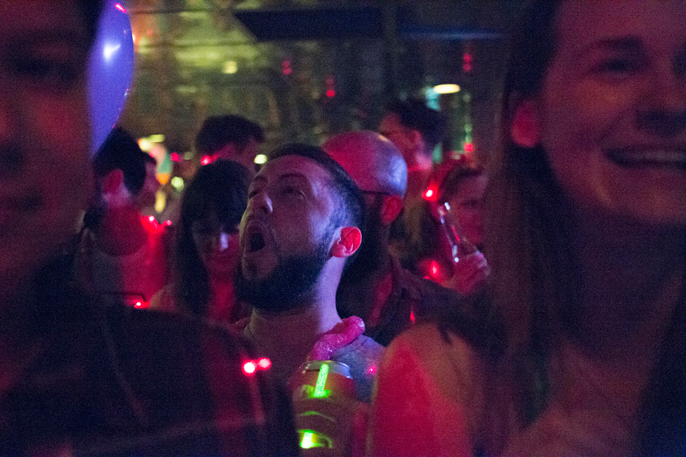 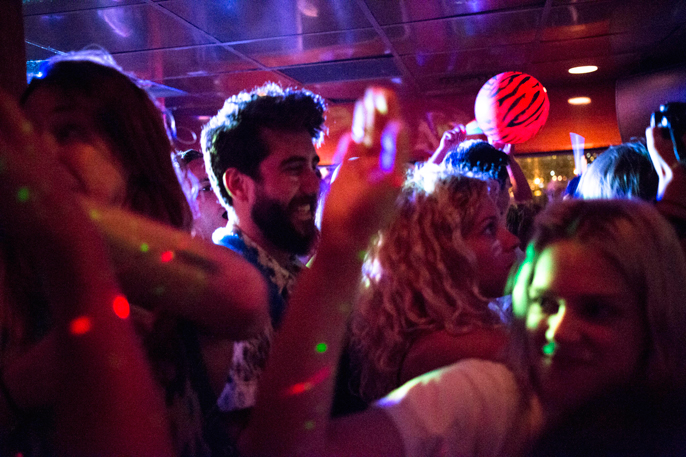 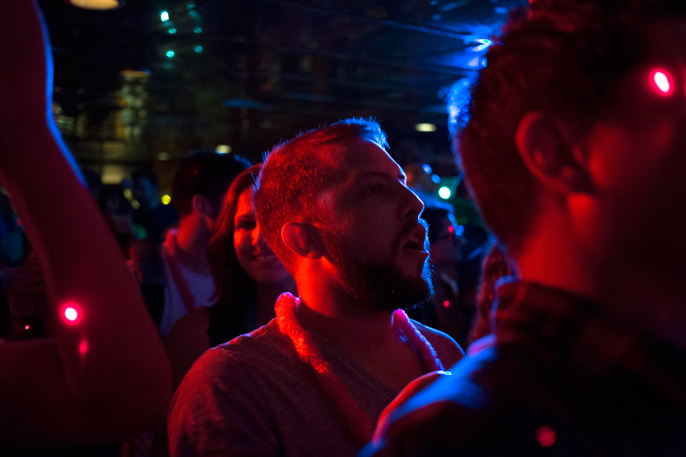 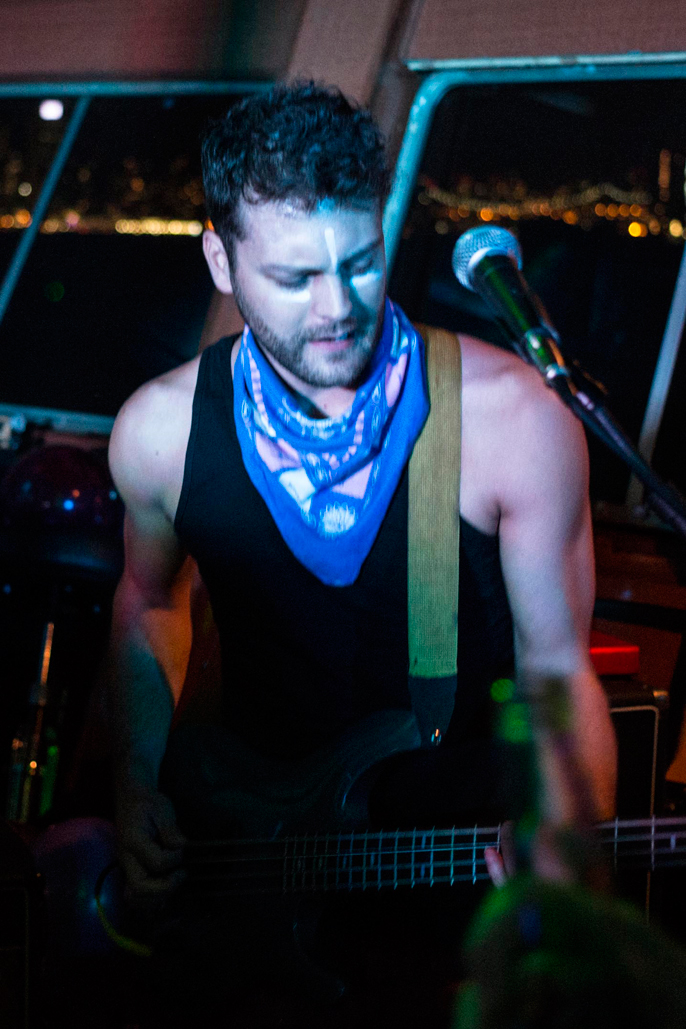 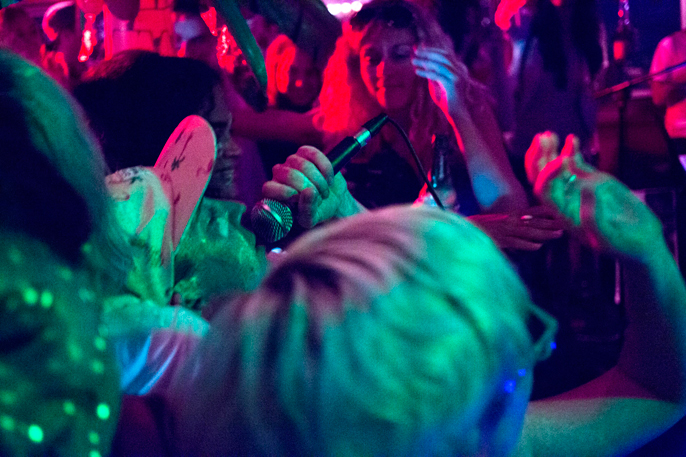 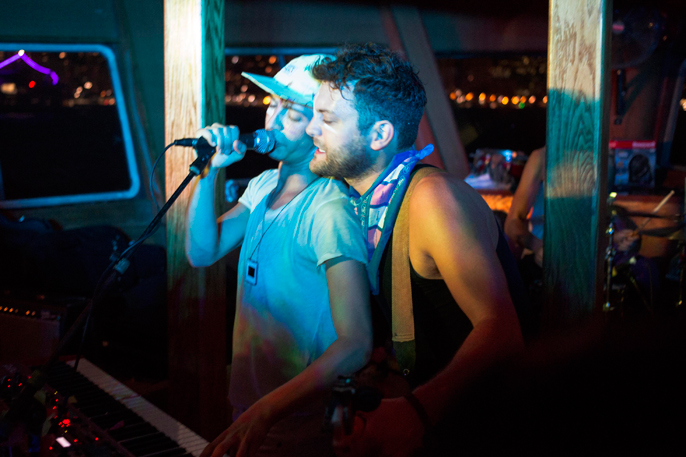 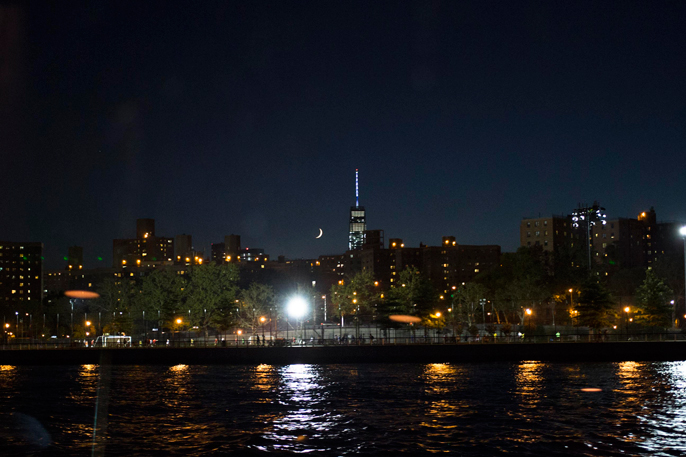