For Bushwick Open Studios, the charming shop Blonde Art Books, established by Sonel Breslav, hosted the BABZ Fair which showcased works and collections from 20 local publishers and independent artists. Among them were the Peradam, Miniature Garden, Capricious, Randy, Papercut Press and Francesca Tamse. 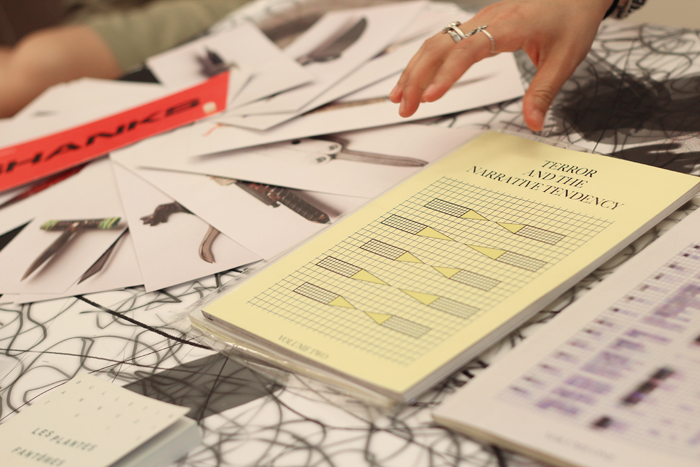 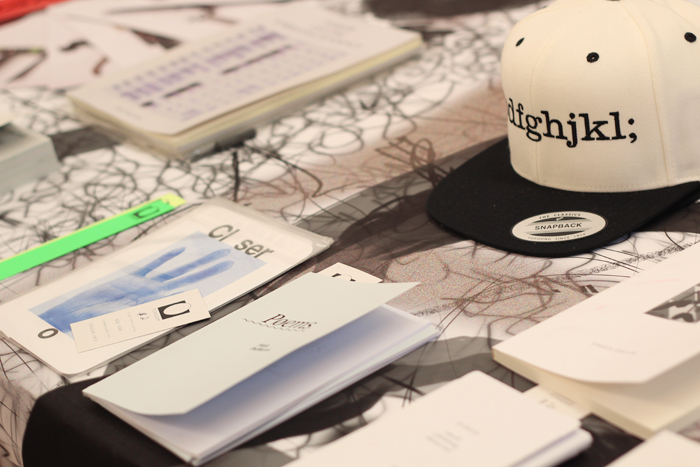 Owned and operated by Elizabeth Jaeger and Sam Cate-Gumpert, Peradam is a publishing group specializing in small run books that are designed and produced in collaboration with their artists. Each edition is strikingly beautiful, utilizing minimal yet eloquent typography to showcase the artist. The unconventional calendar Les Plantes Fantômes features a graphically stunning cover. 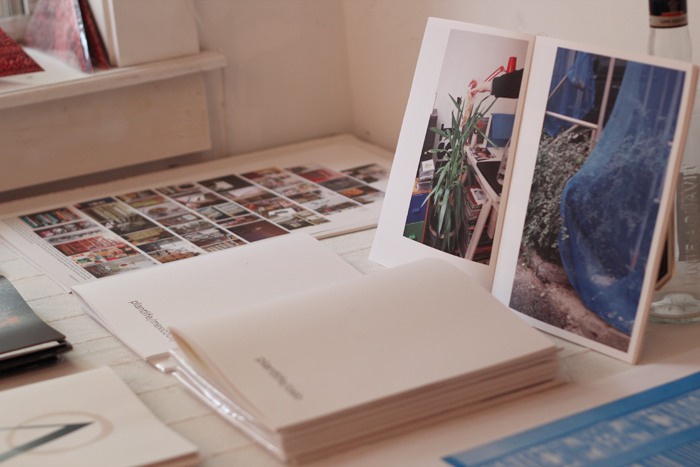 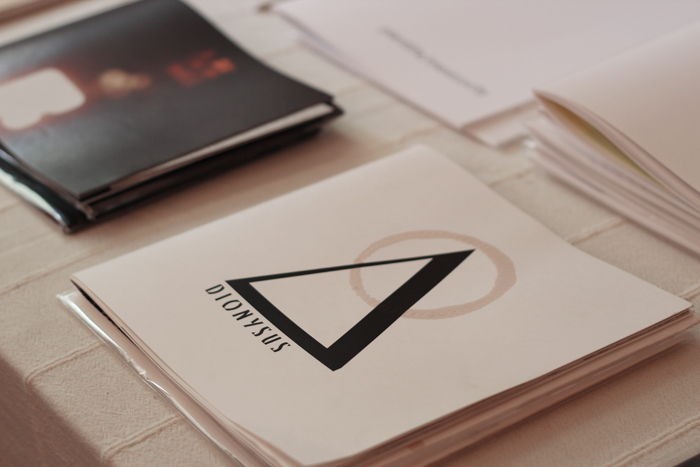 Inspired by a photos from the 1970’s, Miniature Garden [featured above] is a publication about growing ideas and collaborations. The collection features many works of books and posters that are printed in small runs. 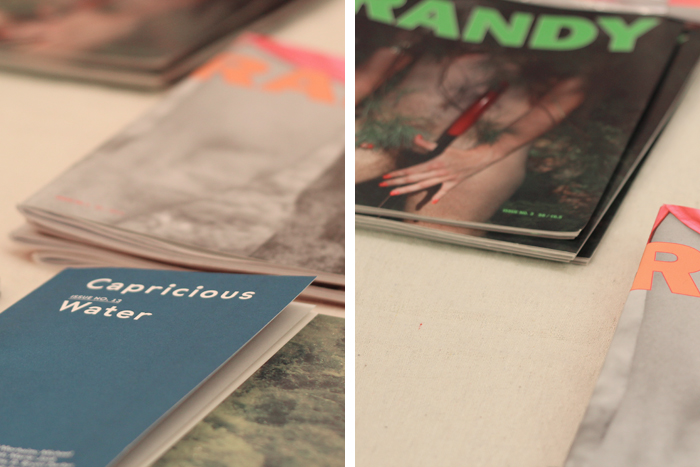 Founded by Sophie Mörner in 2004, Capricious [featured above, left] is a biannual publication that showcases emerging fine art photography and subject matter from all over the globe shown mostly through images. Collaborating with guest editors, each edition covers a new theme. A magazine initiatiated by A.K. Burns and Sophie Mörner in 2009, then later joined by Clark Solack in 2011, Randy [featured above, right] states that it “is about the people close to us and the people we have yet to meet. It is a celebration and critique of the queer arts. It is trans-feminist and vag-centric because that is a perspective we want to support.” 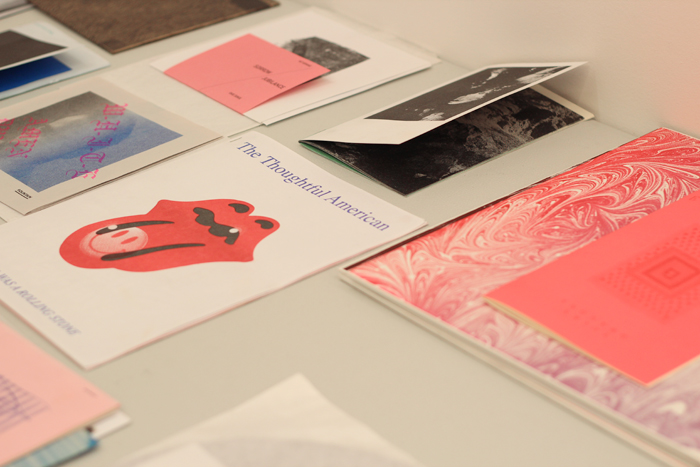 Started by Jesse Hlebo in 2009, Swill Children [featured above] houses a variety of projects including records, cassettes, small run CD’s and printed objects while also being a platform for collaborations and collectives such as  _ Quarterly, Certain Distinction, and Paperweight. In their own words, Swill Children “breeds concurrent positivity, creation, community, chaos, destruction and sadness” (how divinely morose!). 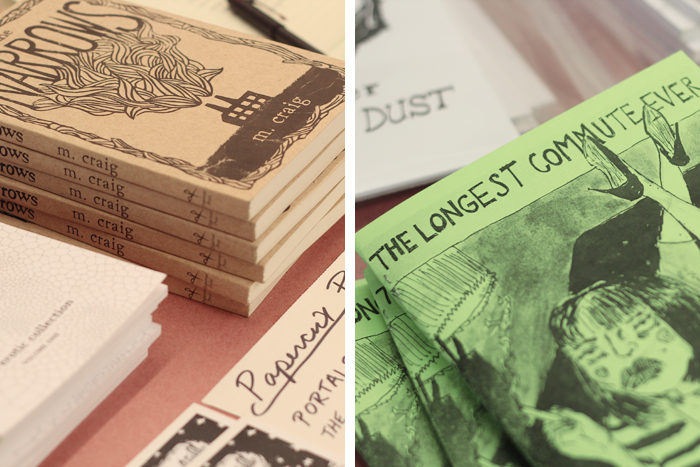 Papercut Press [featured above]  is a small press based out of Brooklyn, NY that focuses on under-appreciated writers with “strange works” they feel will unlikely be published otherwise. Such works include the Nerd Grrrl Series and The Narrows by M. Craig. 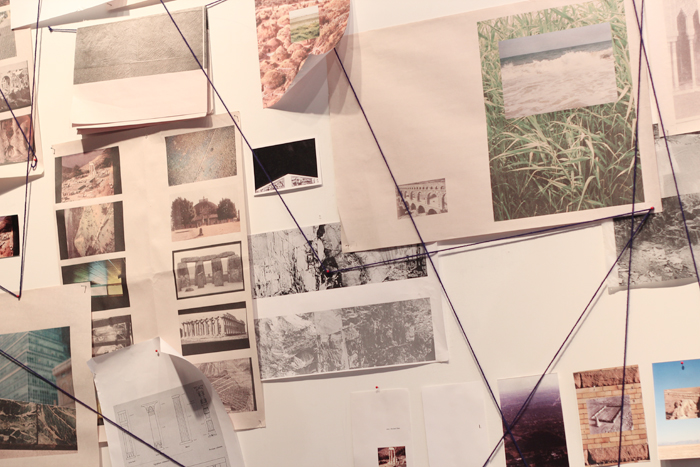 Above photo of an art installation at Blonde Art Books by Francesca Tamse.