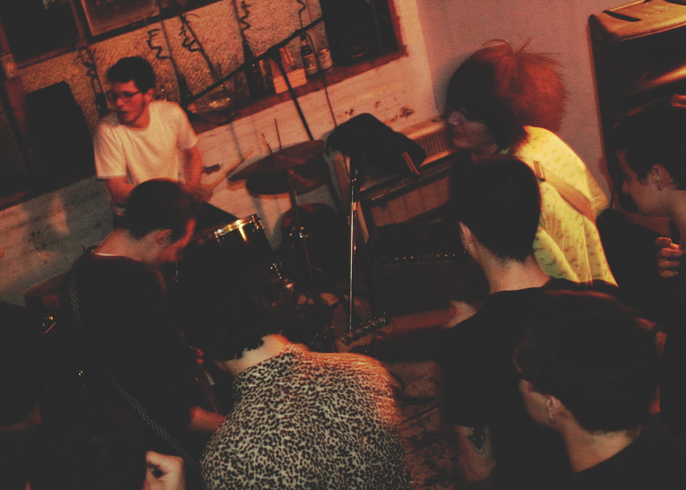 Dissonance is a funny thing.

It’s either a vehicle for whiny bravado and excessively macho self-indulgence, or a beautiful tool that expresses unfathomable emotion and energy. In the case of the young trio Big Neck Police it is most assuredly the latter. I went to see them at Emet last Friday, and was overcome with the headbanging urge to punch someone in the face. But I don’t want to write about it for two very selfish reasons.

First, because Emet is my favorite new place to see music in New York and I’d hate to see it overrun by sceney tourists. For months I’ve been searching for a place with the kind of storied, natural anarchic charm that elevated the 70s and 80s NYC music scene to its now iconic status, and Emet is that place.

And second, because Big Neck Police is so fucking good that I want them all to myself.

Furthermore, Big Neck Police’s punky post rock is a literal critic’s nightmare. It is a hyperactive collection of discordant changes in timbre that defy an all-encompassing description. They sound like… what sex might feel like after and during a weeklong bender of freebasing bath salts. They sound like what would be running through a demonic David Byrne’s mind working the graveyard shift in a post-apocalyptic daycare for zombie children. They sound like an angsty, serpentine Julian Casablancas meets the more intense moments of Trainspotting. Needless to say, their music complemented the grungy venue perfectly, and the venue did the same for their music.

The band spent about ten minutes tuning up before smashing out their opening number in which bassist Mac “Slow Bull” Kelly and guitarist/lead vox Paco “Pocket Pin” Cathcart shared vocal, or should I say screaming duties. Standing face to face, they yelled rhythmically into the same microphone as they wove a discordant piecemeal of instrumental melodies backed by drummer Hugo “Saliva”  Stanley, who provided an equally diverse patchwork of speedy drum fills. For the first several songs, I was too overwhelmed by the economic power of these strangely complementary musical forces to be able to dig deeper into their sound.

But as their set continued, I was struck by several highly advanced  elements of their performance that bely the stereotype that punk and dark rockers make unsophisticated music. Let’s break it down piece by piece. Most obviously there is the otherworldly force of Cathcart — his vocals, his guitar, and stage presence. He screams and whispers and angrily seduces the microphone, guiding your emotions until they are all but forced to follow this chaotic pattern of high highs and low lows. He extends this schizophrenia to his guitar parts, which are high-pitched, twangy dissonant licks sandwiched between the chaos of angry, non-melodic sounds. Meanwhile, he feels himself up and thrusts violently and suggestively into his guitar, like a hybrid Mick Jagger-Anton Chigurh (Cathcart has a bowl haircut, too). 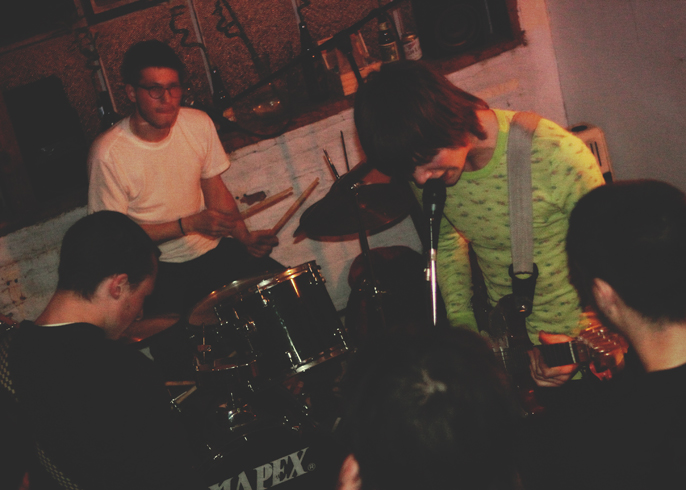 His musicality and intensity is matched, and at the appropriate moments eclipsed, both by Stanley and Kelly. The latter lays down deep working class funk and dark metal sounding lines that are aggressively fast, terrifyingly slow, discordant, and melodic, all within the same song. Not to be outdone, Stanley very cleverly interspersed dexterous and jazzy shuffles throughout the evening to add an extra level of depth to the band’s sound. I was already sold on the high quality of Mr. Stanley’s chops from his brief warm-up.

Here’s the kicker, though. Somehow, Big Neck Police is greater than the sum of their endlessly fascinating parts. Their strangely effective rapport coalesces to generate a dizzying number of different melodies over the course of one single song. They create an intricate maze of sonic eruptions that suck you in and keep you guessing, stimulating your intellect as well as your fists. For fuck’s sake, their second to last tune opened with a heavy dub intro before bursting into their trademark growls and smashing hits, the very same hits that had transformed the audience within a five foot radius of the band into a bopping mosh pit. The very same hits that hit so hard they forced the band to tune up again after every other song.

You might have noticed that across the entire gamut of the genre spectrum, the future of cutting edge music is being redefined by a group of impossibly precious young musicians. Far be it for me to compare a trio of musicians yet to eclipse 22, sans an official release, to a group of pioneering future legends, but after seeing Big Neck Police live, I asked myself the same question I reflexively asked after I heard King Krule, after I saw The Districts, after hearing Earl Sweatshirt — how in the hell can you be this young and still be able to do this? To have such a seemingly effortless grasp of such complex sonic texture? To be able to tap into a power so raw and intense? To be able to express musical and emotional concepts so seemingly far beyond your years?

World, watch the fuck out.

EDIT: A previous version of this review mistakenly stated that the members of Big Neck Police are teenagers. At the time of this performance, both Paco and Hugo were 22, and Mac, 21. 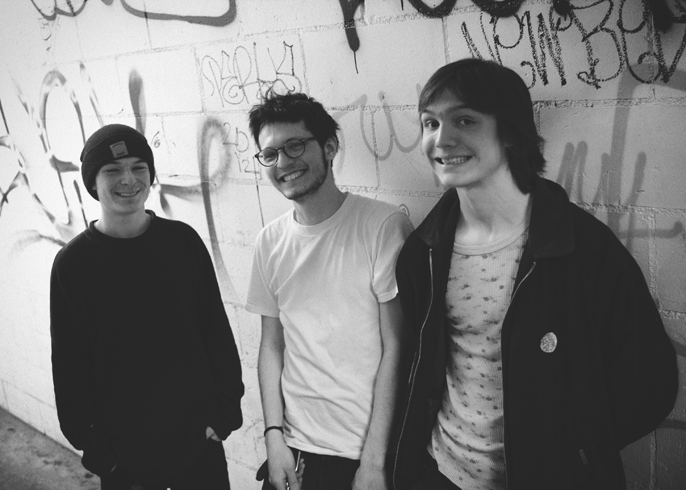 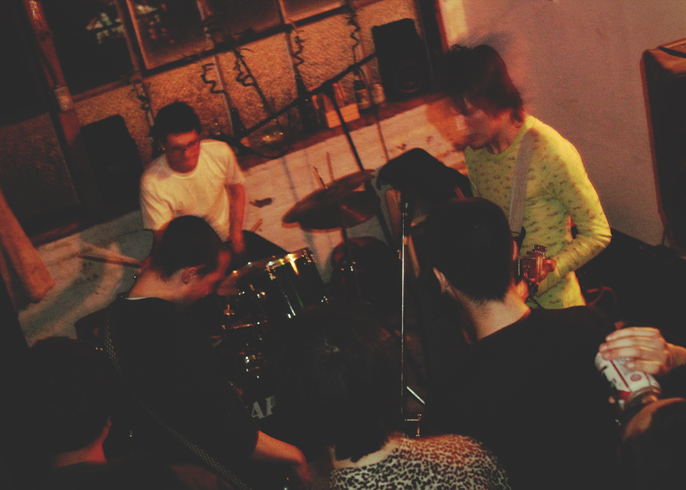