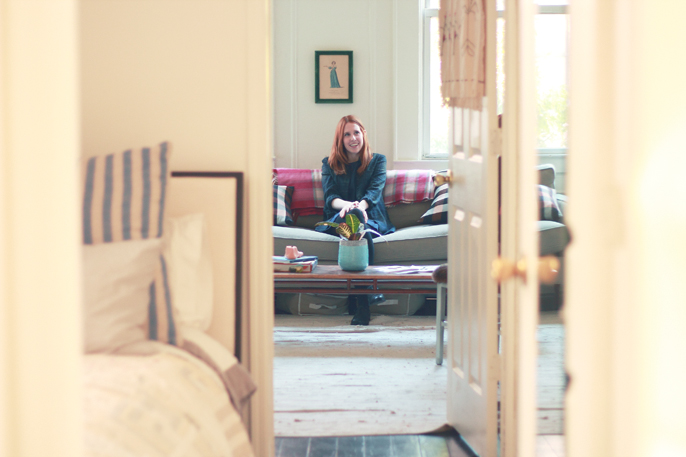 Colleen Keller is a Williamsburg-based fashion designer whose business-savvy sensibility and polished aesthetic exemplifies the success of her label, Babe.

Keller’s minimalist mindset — “I’m always trying to get rid of things” — allows for a flexible and forgiving response to the ever-evolving and challenging dynamics of the fashion industry. In a mere three seasons, Keller has generated low-cost garments that exhibit her keen attention to fit, search for supreme fabric quality, and signature look. Her attention to the interests of the wearer result in designs that are striking and organic in spirit. They allow the wearer to layer, accessorize, and add novelty items that suit their own style.

After learning about her brave entrepreneurial jump into a solo career, I knew I had to learn more, so I met with Keller at her clean and simple live/work space. The following excerpt delves into Keller’s hidden talents beginning with quilting and expanding to her innate ability to simplify.

MORRISON: I love how you started out making clothes for yourself. When did that start and how did that evolve into designing for Babe today?

KELLER: I’ve been sewing for as long as I can remember… I think at age 8. And I originally did quilting, which is so nerdy. I always loved textiles and fabric – I’m a very tactile person. It wasn’t really until I went to college and studied fashion design that I got into clothing.

MORRISON: Which school were you studying at?

KELLER: I went to Cornell. They had a tiny little program with apparel design that is very technical which I think for me was the right thing to do. And I really enjoy pattern-making, I make all of the patterns for the line. 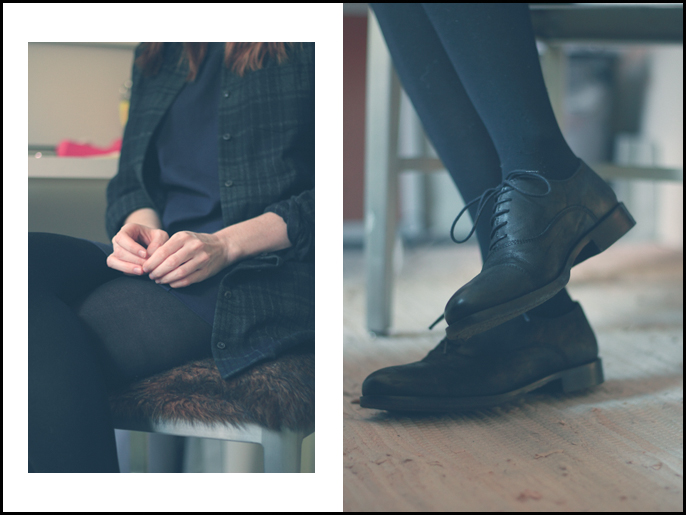 During college I did a few internships. I worked for threeASFOUR. They are so inspiring… they’re artists working in fashion. And then after college, I’m from California, I moved back to San Francisco. I worked for a high-end store that sold Margiela and Yohji Yamamoto, and I started their own in-house line. That was awesome because it was basically a store on the first floor, and on the second floor we had a sewing area with a big pattern-making table and all the supplies. So I would sit there making all the patterns, cut out the fabric, give it to our sewer and then we would throw it over the balcony and sell it… [laughs]. So we immediately got to see what worked and what didn’t.

MORRISON: That’s amazing. The customers were able to try it on and figure out any fit issues on the spot!

KELLER: Yeah that was great! It was called Harputs Market, and the line we did was Harputs Own. It was awesome because you can really see what you can do with basically two people – someone sewing and someone selling.

MORRISON: So it’s still very mom and pop but with high-end luxury.

KELLER: Yeah, and it was right after I graduated college when the recession hit, so everyone’s buying habits shifted dramatically. And that was part of the reason he started his own line because people weren’t buying Yamamoto daily… like they were before. So we were making very functional, basic clothing that blended in with what was sold there but at a lower price point.

MORRISON: How long did you work there?

KELLER: I worked there a year and a half. I decided that I wanted to do fashion design, and you really have to do that in New York. So I moved back here and worked for the designer Tom Scott. It started as an internship, pretty much. I just targeted designers I really love – I was like, “I want to work for you.” So that’s why I decided to get in touch with him. And I did a short stint with Inhabit doing technical design. Then I worked for a company called Launch Collective. I worked on the production, technical design side of it. So I worked with a lot of factories in the Garment District and really understood what it takes to start a business. I decided to start my own line while I was there. 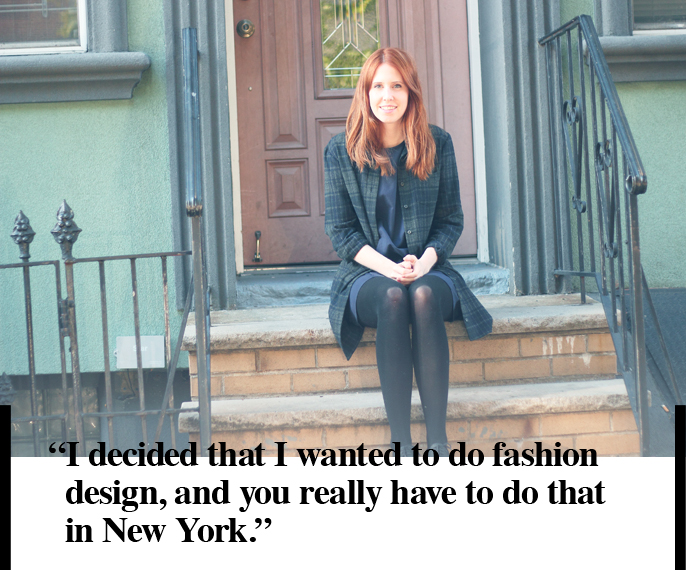 MORRISON: Breaking out of technical design into creative positions is a difficult career change.

KELLER: Yeah, it is. Once you are pigeon-holed as that sort of person at a company, they don’t see you as a creative at all and don’t think you have those capabilities. A technical designer makes all of the blueprints for the designs, so all of the measurements and how you would construct the garment – all of the minutia. Then preparing a package that you send out for production and communicating that in the easiest way possible because they don’t understand English that well. It’s really tedious.

MORRISON: But everything you manufacture with Babe is done in NYC, not overseas?

KELLER: Yeah, I do all of the sample making and production in the U.S. Last season I worked with a company in Brooklyn that I didn’t really like, so I’m moving back to a factory I worked with in the Garment District. I don’t really do tech packs now, except for knitwear. But for wovens I do the patterns, make a drawing that shows the type of stitching they do and give them the pattern. I’ve worked with this factory for 2 to 3 years now.

MORRISON: How was that process? Approaching factories you’ve worked with for clients and now asking they work with your collection…

KELLER: I thought they would be easier to work with since I already had that reputation. But the difference is, when I worked at my old company [Launch Collective] it would be for emerging designers – 4 designers at once that represented a larger group. But it was just me. I’m so small I would just get pushed to the side.

MORRISON: So was it harder to push for strict deadlines and quick turnaround?

KELLER: Yes, I can hope for the best but if someone else comes in like Marc Jacobs, they’ll say they have to do that first. I’ve had to change photoshoot dates. I would say, “I have this date and this many samples to make, can you get it done?” and they’d say, “Yeah, yeah, yeah” and then a week later… “No, what are you talking about? We would never say that.” I’ve learned to work around it… I am working around it. It’s giving yourself more time than you’d ever think you’d need.

KELLER: They have three months to do it. But in reality, it gets done in 2 weeks [laughs]. And they probably won’t do it until the 2 weeks before I have to deliver. But then next season you have 5 months. Its weird, designing for Fall/Winter and producing for Spring/Summer is 2 to 3 months shorter because you have all of the holidays. Everyone complains about it [laughs]… its funny. 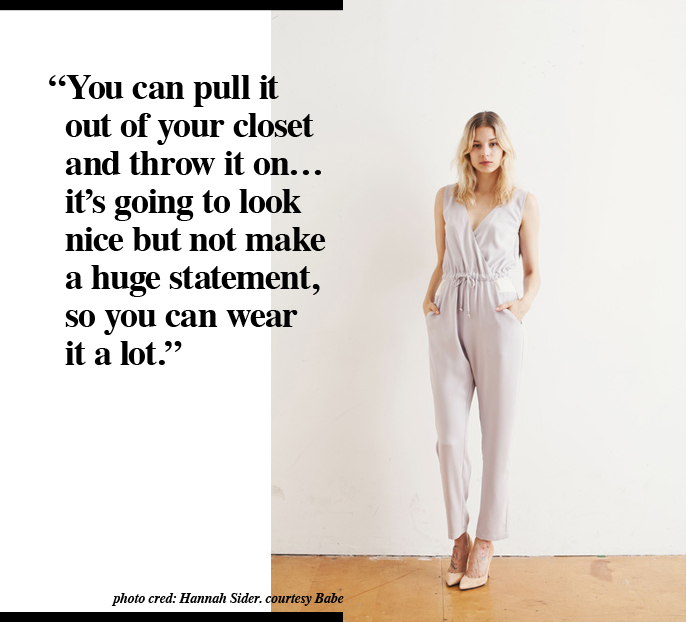 MORRISON: What are your price points?

KELLER: $175 to $525. Which I think is one of the reasons why it does really well, because it sits right at what Steven Alan sells but often is a little bit below it.

MORRISON: Do you attend fabric trade shows for sourcing? I imagine the expensive, novelty fabrics are hard to pass up.

KELLER: Yes! And while I am drawn to novelty, I have to remind myself… this isn’t for me, this is for someone else. I’ll just take the swatches for myself [laughs]. A lot of it is just what is presented to me and what’s popular for that season. It’s interesting because the fabric suppliers definitely dictate trends.

MORRISON: It’s so insane how influential they are. 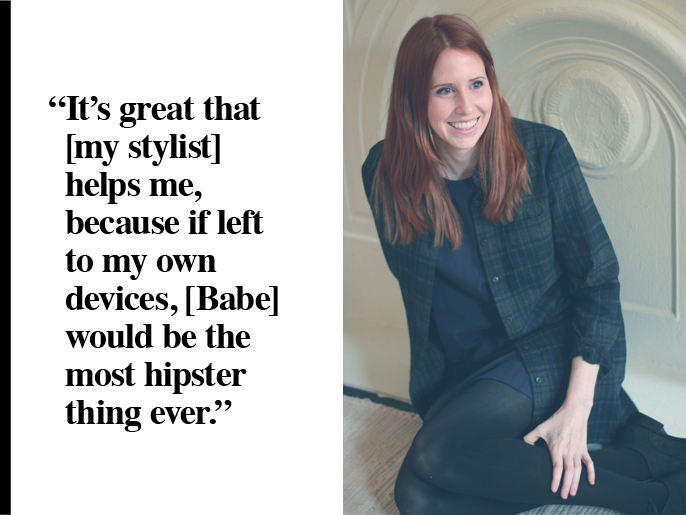 MORRISON: Do you see trends from buyers when purchasing your collection?

KELLER: Its always changing. They look where they can fill their holes. 90% is existing designers and 10% is new designers. And a lot of the time they look for novelty in that 10%. I like novelty, but my line is not that. Everyone tells you, “Bottoms never sell! Focus on dresses and tops.” But I’ve found a lot of stores do buy my bottoms, because they are priced lower and the fit is there.

MORRISON: Yeah, your fit is very relaxed and styled for a comfortable yet confident appearance.

KELLER: Thanks. It’s great that [my stylist] helps me, because if left to my own devices, [Babe] would be the most hipster thing ever.

MORRISON: How would you describe your customer?

KELLER:  … 25 to 35 year old women who could be working in any field  – a lawyer or working for an art gallery. People who are very busy, running around all day and just want something polished but relaxed. You can pull it out of your closet and throw it on… it’s going to look nice but not make a huge statement, so you can wear it a lot.

MORRISON: And you can pair it with your novelty pieces, too.

KELLER: Exactly. And as I continue the collection, I am focusing on those transitional pieces. Not a coat but an over-layer jacket that you would need right now. I think that’s hard to find.

MORRISON: Yeah, because this hot/cold weather has lasted for so long, and I’m always wondering… should I be wearing my winter coat now or what?

KELLER: Yeah! And it’s definitely easier to do in the Fall because you wear more. 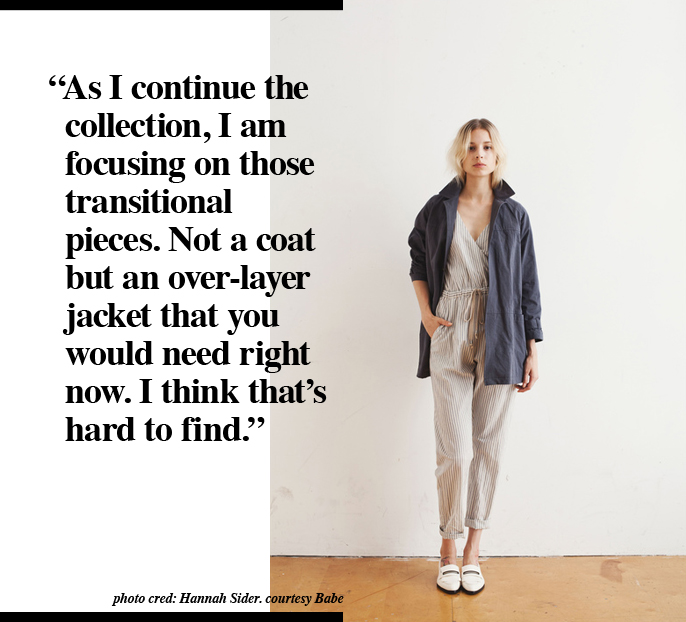 MORRISON: Your basics are easy to wear with accessories too, they lean to that naturally.

KELLER: Yes, you can really personalize everything your own way. I always try to create a basic with a twist.

MORRISON: What’s next for Babe?

KELLER: The next step is a showroom… but it has to be the right one. 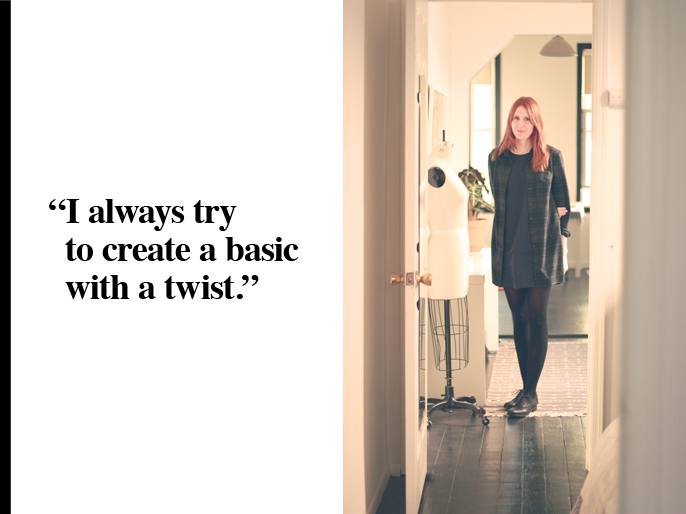 —
For us New Yorkers, Babe is carefully curated at No.6 Store in Little Italy and Steven Alan in Nolita. Babe will also be available in 9 new stores next season, from Philadelphia to Texas. Find out more about Babe:  www.babenewyork.com.