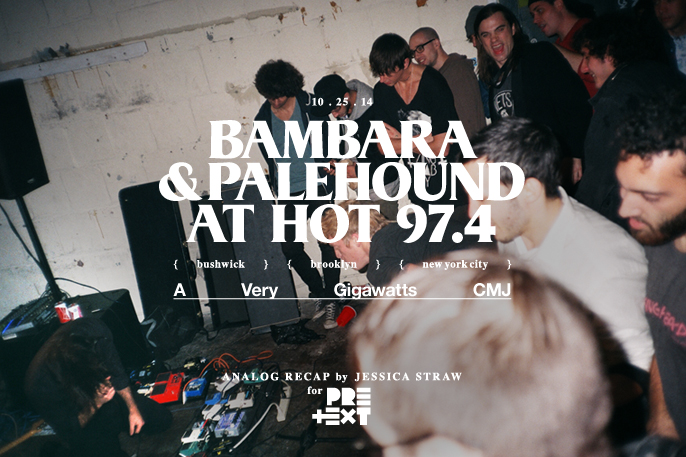 Hot 97.4’s showcase during CMJ was an all day affair. Arriving late as per the usual manner, I climbed the stairs to the Bushwick DIY loft venue with a first-time attendee friend right as Palehound was setting up. Intriguing before even hitting the first note, I admired the frontswoman’s sense of style and realized how rare it is that I see a female musician with a guitar slung over a long skirt or dress. Gritty and raw, their set was filled with 90s grunge-influenced highs and lows. 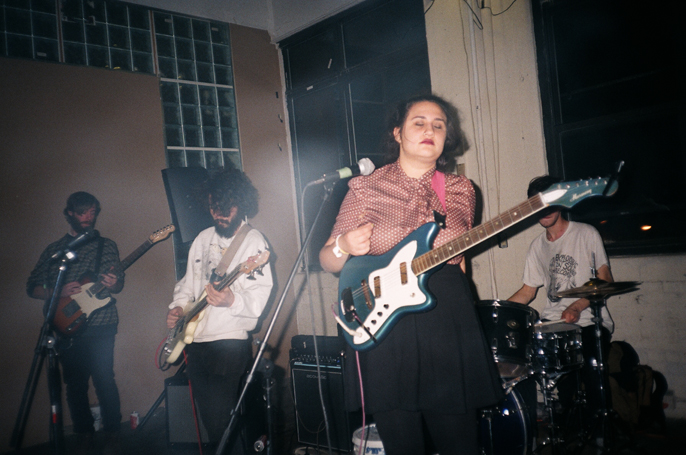 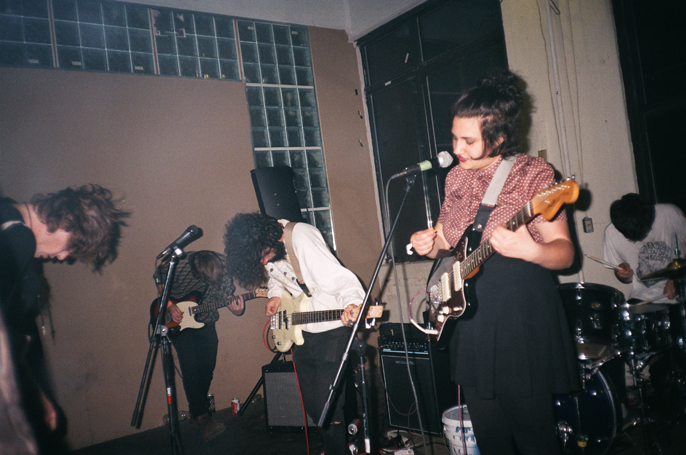 Next up, Bambara. Their energetic set was accentuated by flashing lights that flung the room from white to black. People began tossing about, slinging each other from linked arms to the heavy, barnyard-punk beats as if they were at a demented country hoedown. The lead singer howled as if to channel Elvis from his home in the depths of hell. Immediately after their set ended, my friend and I retreated into a vacant room for the fresh, cold air billowing in from the open windows. He expressed to me with amazement how their appeared to be a transference of energy between band and onlookers, each providing a cosmic fuel that elevated both, the momentum building into a heightened climatic experience. It was then that an NYPD officer entered our hiding place, informing us that we had to remove ourselves from the premises, and it is now as I write these words that I realize I’ve become far too expectant of the incredible displays Hot 97.4 has become known for. (Not quite jaded, but also not grateful.) So I’ll say it now: Thank you Hot 97.4 and all you other beautifully weird not-so-Kosher DIY venues, for the risks you take and the amazing experiences you create, all for the love of artistic expression. Later that evening my friend suggested admiration of my overall un-fazed demeanor during the bust, to which I replied, “Well, it was only two cops this time.” Shame on me! 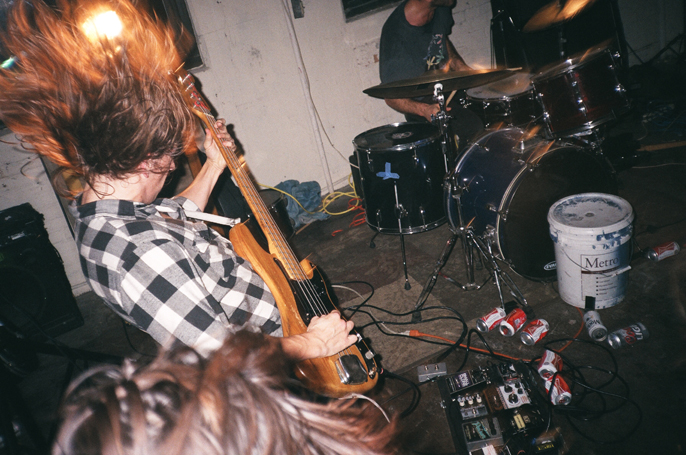 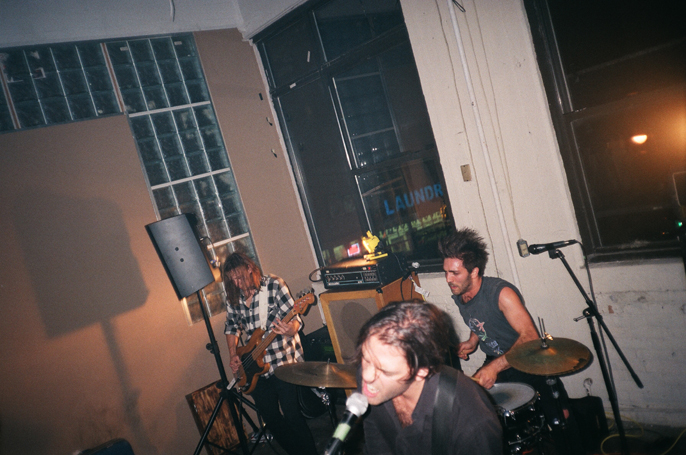 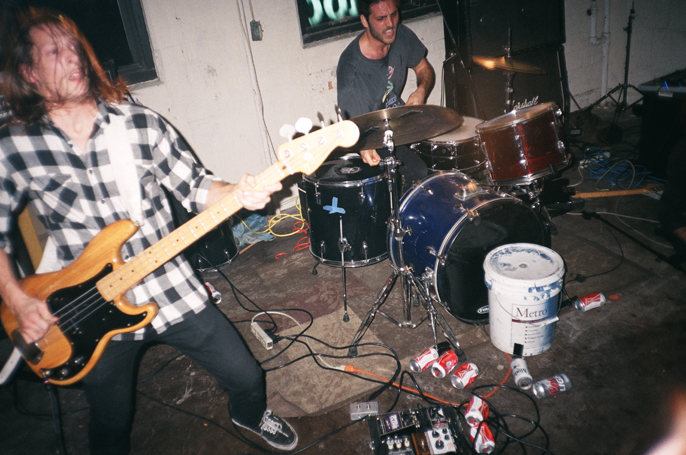 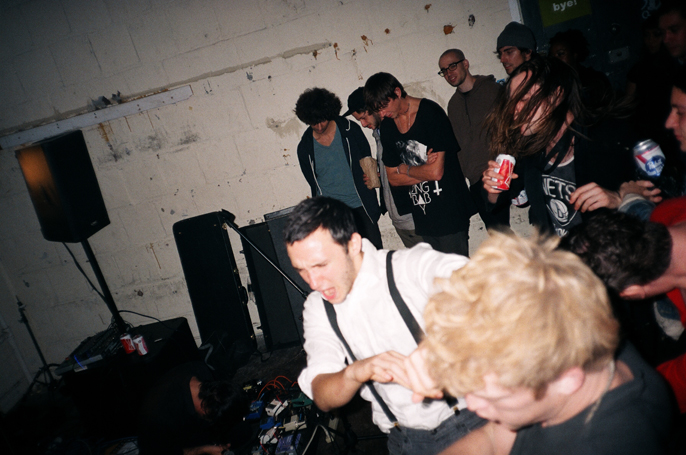 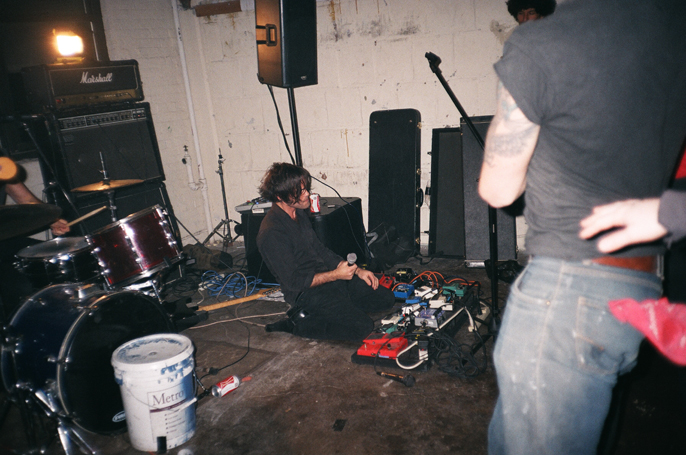 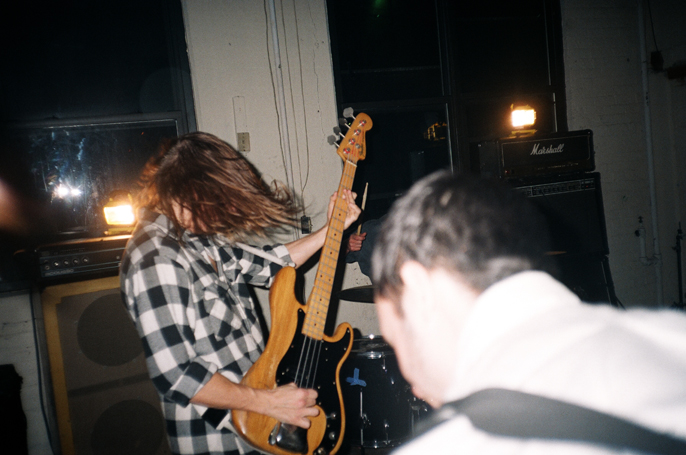 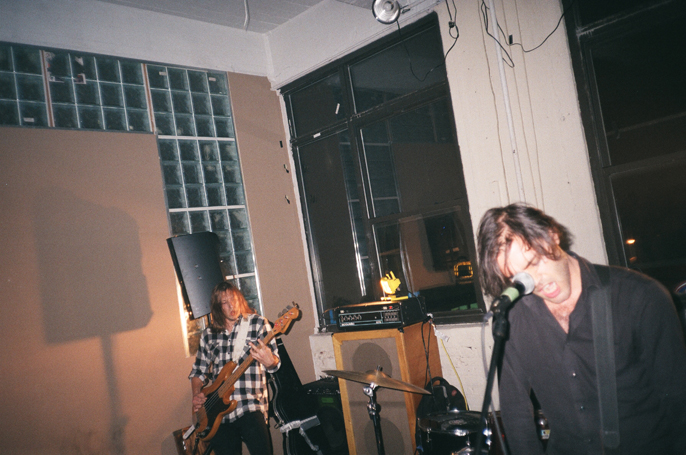 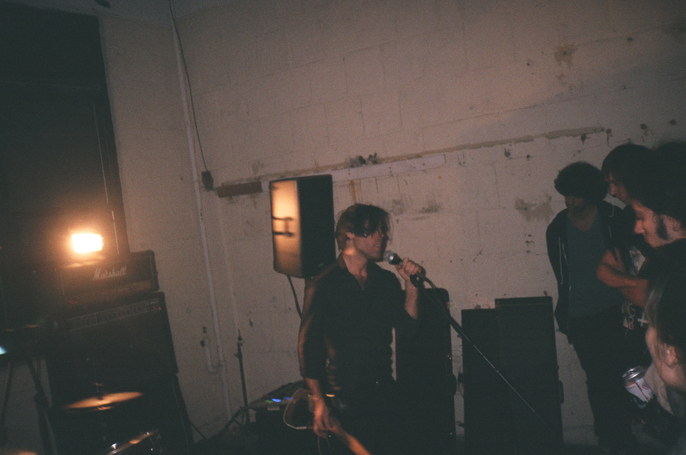 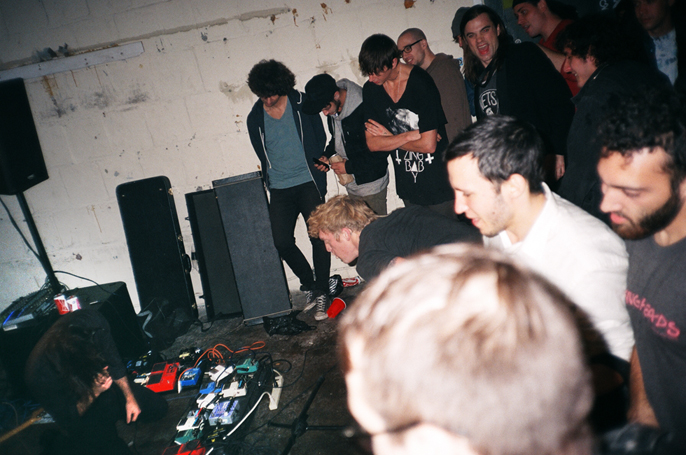 Happy Lives and Honduras were also on that evening’s bill, but for obvious reasons were unable to perform–despite one admirable attempt made to jump on the lineup of a rooftop show nearby.