Listening to the recorded version of Unicycle Loves You’s most recent album, Failure, I should have known that the squealing guitar and vocals brimming with pensive energy would translate into an explosive set–a rawness that wasn’t quite captured digitally, merely eluded to. 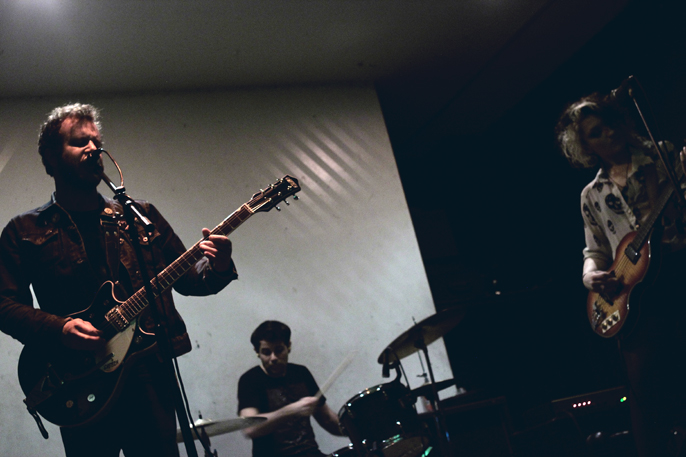 What I previously interpreted as a nostalgic theme woven throughout Unicycle Loves You’s songwriting was shattered last Thursday at Shea Stadium, giving way to an almost anarchic bitterness–like a “good riddance” to the past and a fervid hope for the future. Seeing them live contextualized their music, not that their three albums need grounding to be enjoyed. Failure is an impeccable feat of 90s grunge-pop painting a picture full of suburban soundscapes without feeling overtly gimmicky. “Separate Places” is a divine teenage anthem written with the hindsight from a late-20s perspective. Starting with a unique electronic beat that I can only assume is the sound made by a robot slurping soup, and continues with Jim’s voice speak-singing, “Bigger, faster… forever, after… desperate humor… High school jungle… Desperate faces… It’s just too crowded… Empty heartthrobs” yes, Yes YES! But again, the assumption that their music is rooted in nostalgia rises.

Seeing them live I realized it’s not that they hold the past sacred; they revel in the mistakes responsible for shaping the present–or at least that’s what I’d like to think. Form your own opinion by watching their live performance of “Suicide Pizza” off their upcoming album The Dead Age, or better yet, see them for yourself at Cake Shop April 17th with Shark? and High Waisted. 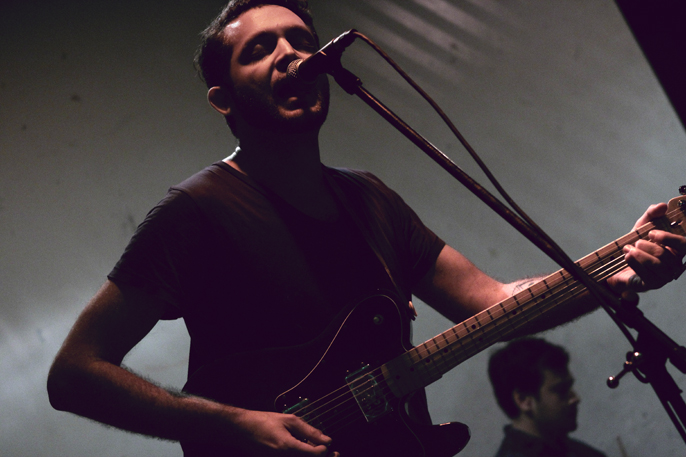 Then there’s ARMS, who from their recordings you would never expect the twisting, writhing form of frontman (and ARMS brainchild) Todd Goldstein. He contorts his body, twisting his guitar so fast giving the illusion it’s made of rubber as he belts his lyrics from a face filled with passion. The power of the songwriter comes from contrasting highs and lows, quick and slow, that emit an ethereal mix of folk and indie rock. “Sleepwalker” begins with a rapid drum beat that grows, climaxing unexpectedly into Goldstein’s droning, emotional falsetto.

Once again a band whose albums and EP’s are outstanding all on their own are made even better during a live experience. “Comfort” off their most recent release, EP2, is incredible to witness as Goldstein and bassist Matty Fasano turn to face each other, playfully coordinating their timing that gives the song such power. And to make the night special, ARMS premiered a new song, “Baby Teeth,” that will be on the upcoming album. 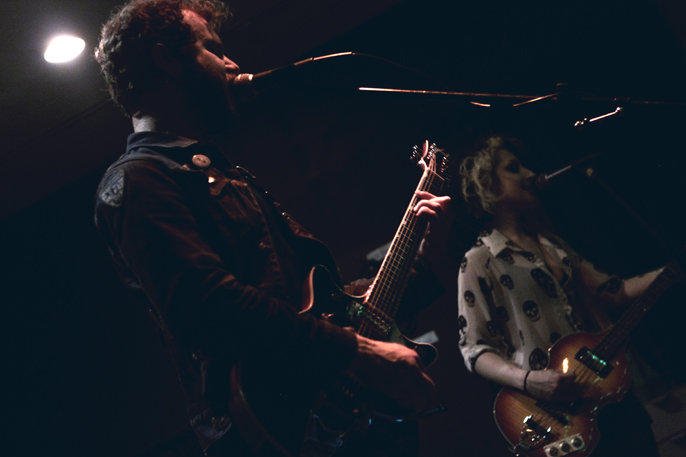 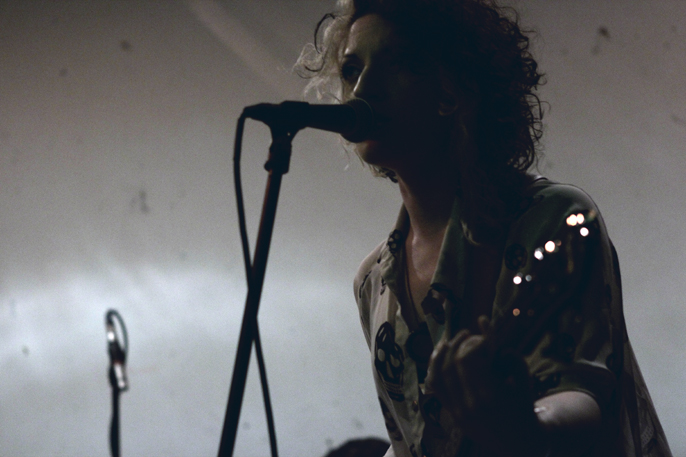 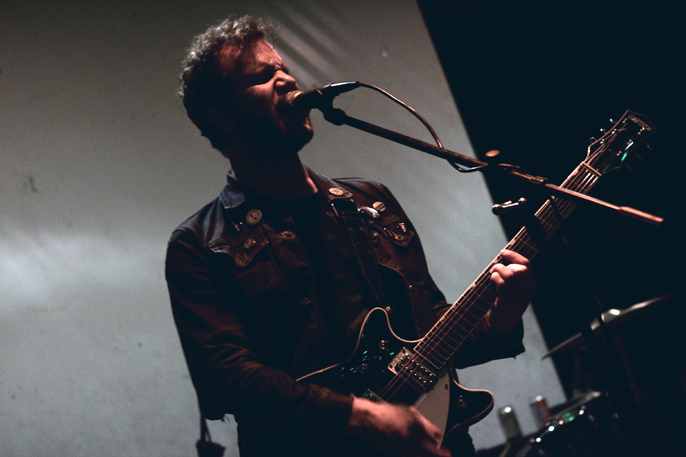 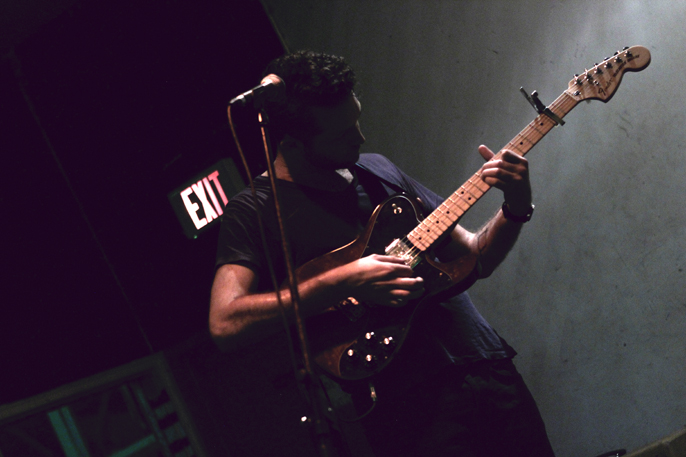 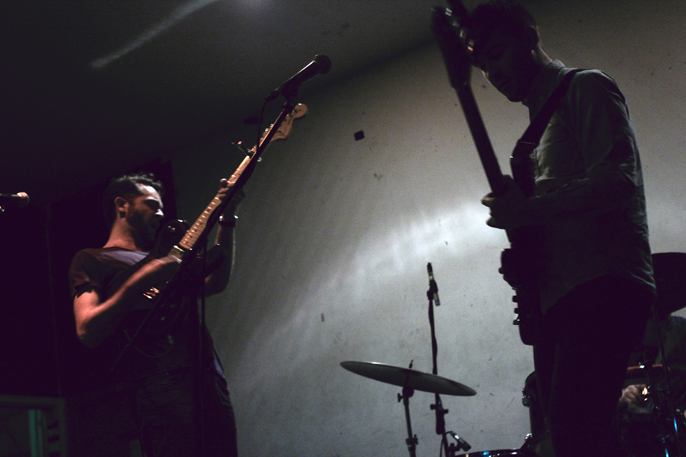 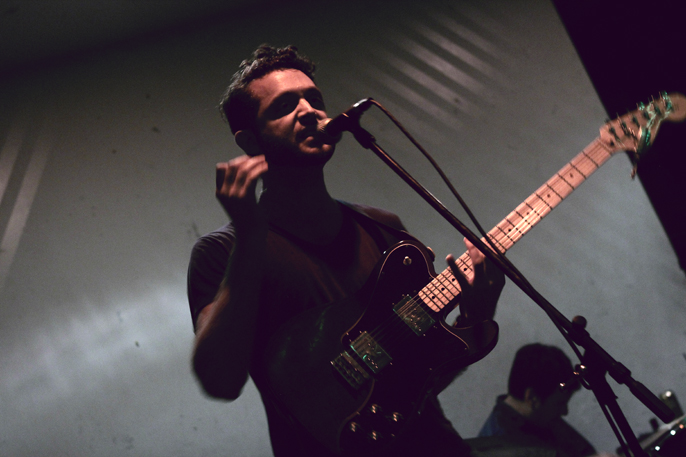 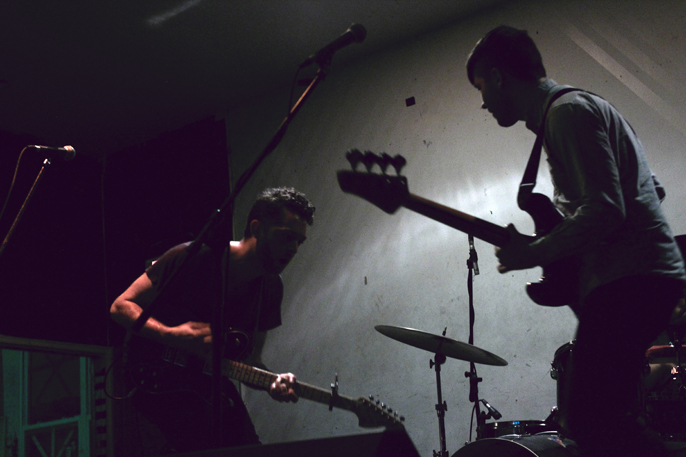