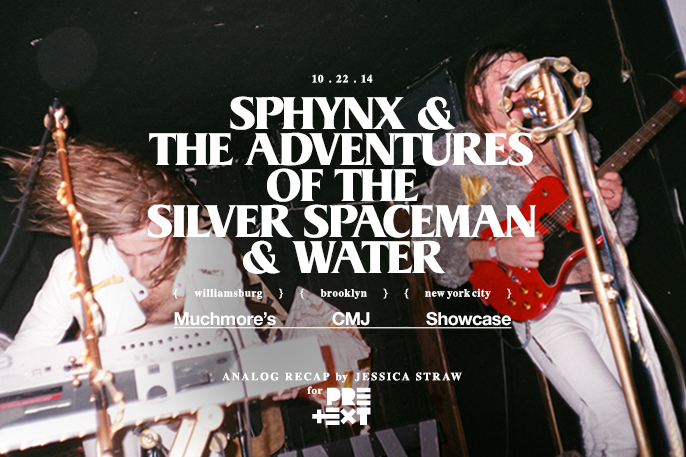 Playing the final set of Muchmore’s CMJ Showcase in Williamsburg, Brooklyn, Sphynx took me by surprise. One, because I had not considered that in a world where 50s-retro and 60s-vintage reign supreme, that some seriously 70s Brit-fluenced psych-glam style could exist in such a beautiful on-stage execution; and two, this was unlike anything I’d ever seen at Muchmore’s before. Complete with head twerks and coordinated hair flips, this Austin-based trio with a flair for theatrics took glam rock to a whole new level. As I watched them set up the grungy stage with strung lights and hand-painted covers for their gear, converting into something resembling a Bushwick art installation, my jaded inner dialogue thought “phht.” That is, until they got started, and the entire monstrosity instantly made sense, and I began dancing–DANCING. For those who don’t know me, I never dance. And did I mention the head twerking? The following night, in an attempt to provide a reenactment for a friend, I nearly gave myself whiplash, but Sphynx keyboardist/singer had a neck that would not quit. Their set went long, far too long for my sad feet to endure, so I finished out the night slowly sipping my wine at the bar, peering through doorway, enthralled until the very last second. 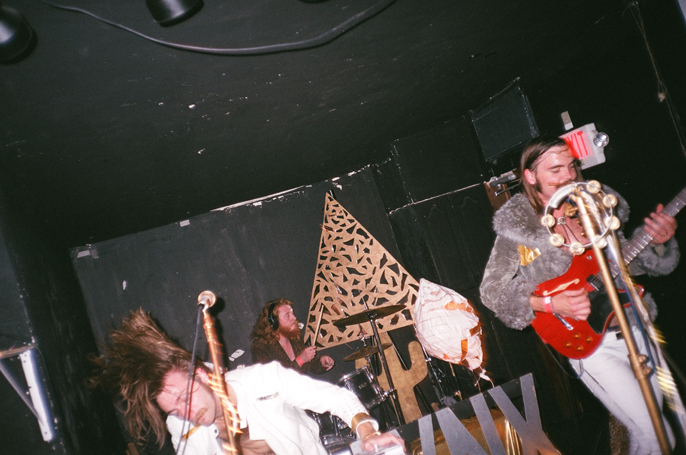 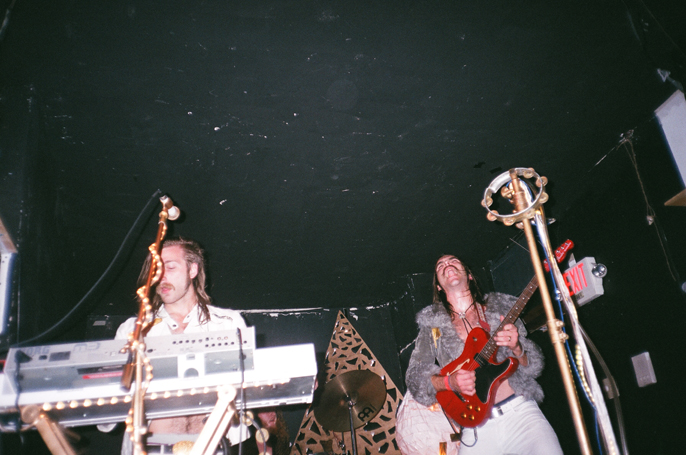 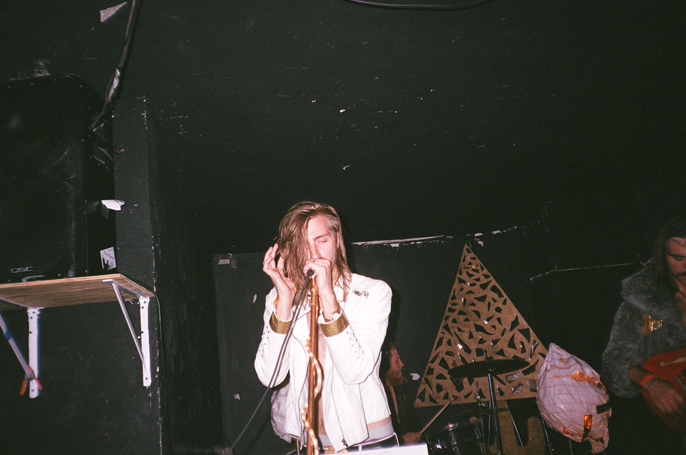 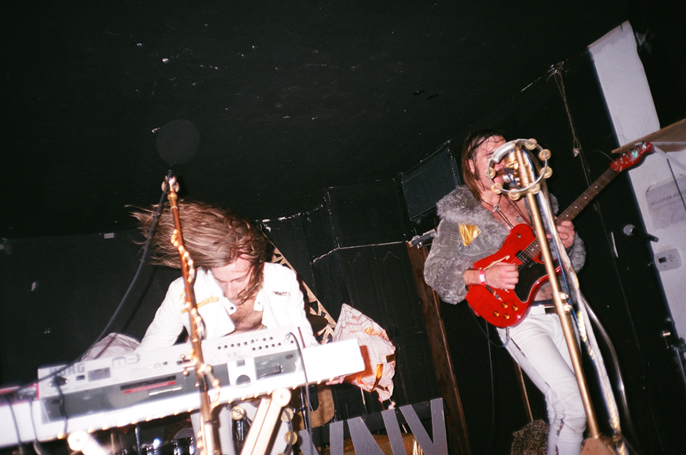 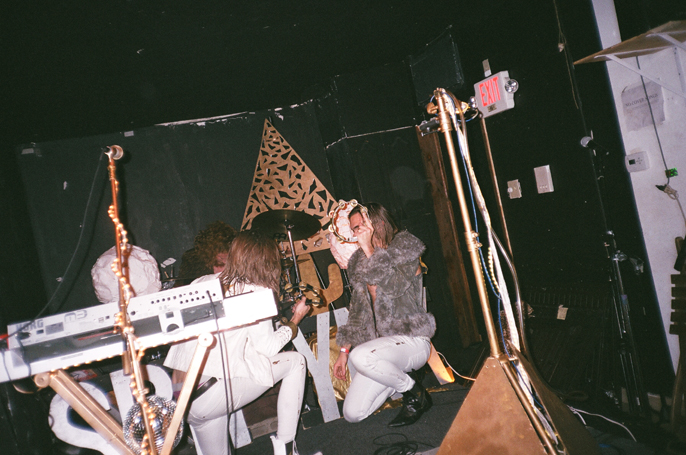 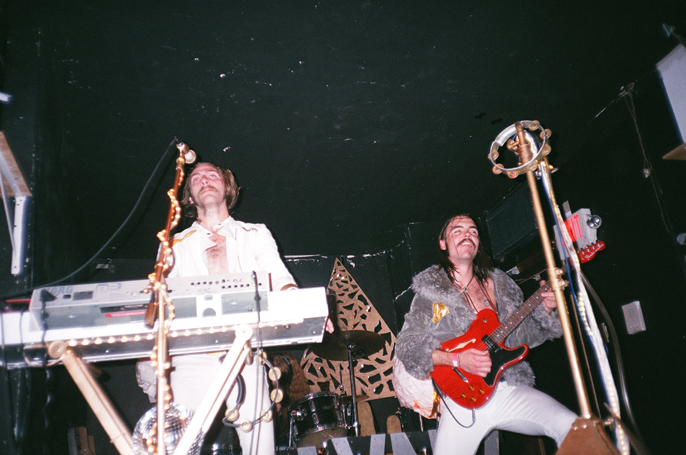 Performing much earlier in the evening (and presumably finishing their second CMJ set of the night at Legion by the time Sphynx took the stage), The Adventures of the Silver Spaceman brought their A-game. Having seen the folk punk act created by Zachary J. Ellis numerous times before, I can attest something wicked was present that night on Muchmore’s stage. Clarification: wicked awesome. Ellis channelled his inner rock spirit so fiercely so as to contort his face and body more than I had ever seen before (never before until witnessing his music video for “Free Jazz”). I couldn’t help but smile manically to myself upon discovering my film managed to capture a glimpse of Ellis’ wild display from that evening. As always, TAOTSS drummer Chris Abbadessa performed with a deceptive nonchalance with his face at ease causing you to presume safety until the shit gets heavy, his fists go crazy, and knock you against the waves. Meanwhile, Sam Yield serene expression remained impervious to the blissful highs and lows, guiding you to just let go. 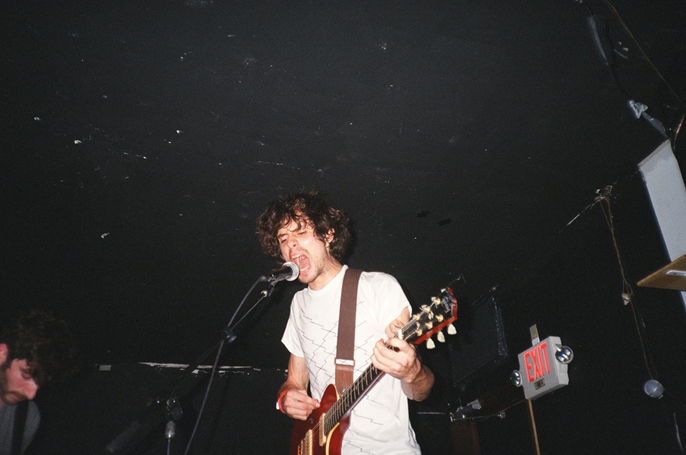 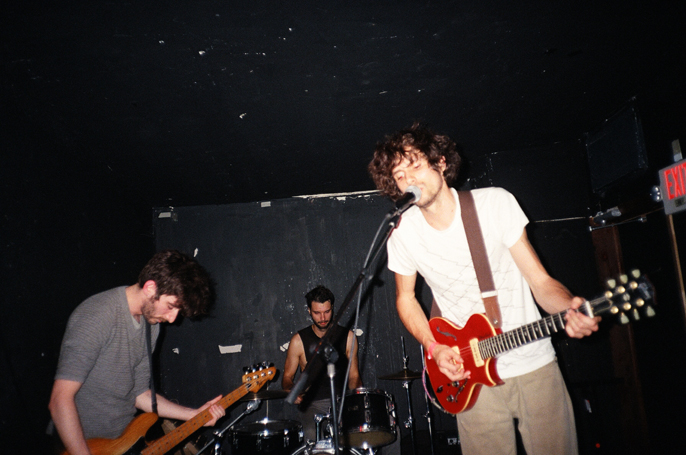 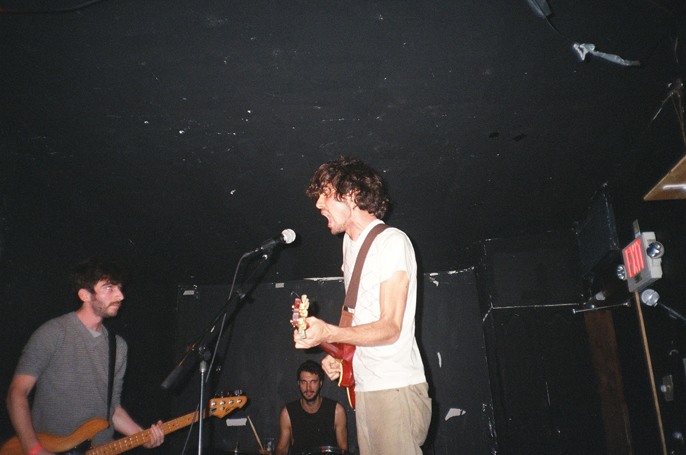 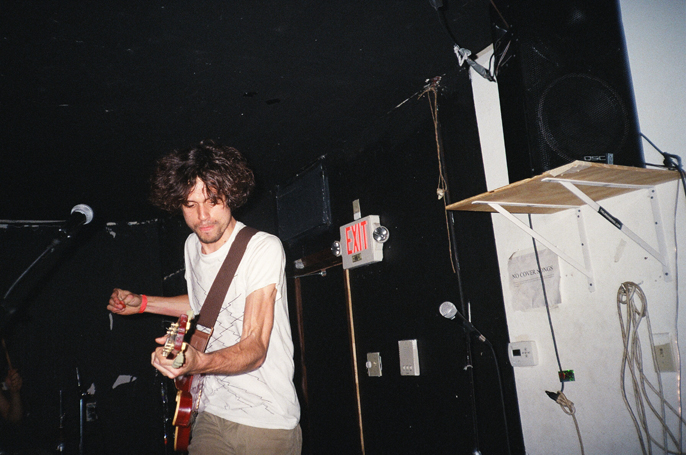 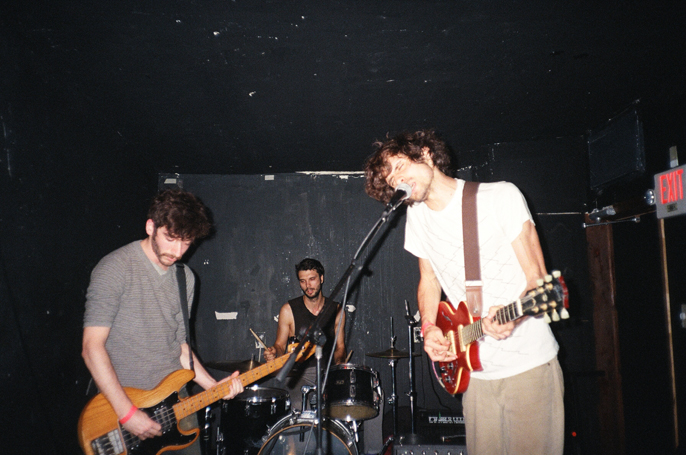 Brooklyn-based Water exudes the kind of  apathetic energy that a series of small misfortunes leading to an incident of gum on your shoe amounts to you weeping on the kitchen floor in cathartic ecstasy. The professionals always advise it’s best to first feel your emotions in order to work through them, and who better to be accompanied by? Water’s 90s-grunge pop vibe amplified by frontman Jack Collins’ stoner-esque vocals felt like a warm, cathartic embrace with a screaming guitar pick-me-up to keep ya going. Ahh, it’s good. It’s pretty damn good. 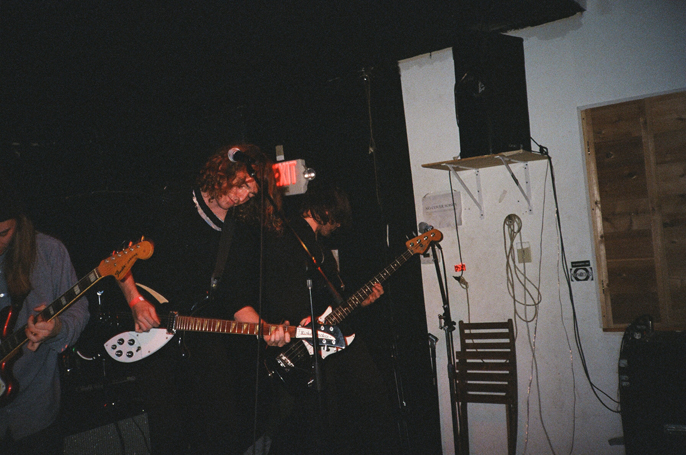 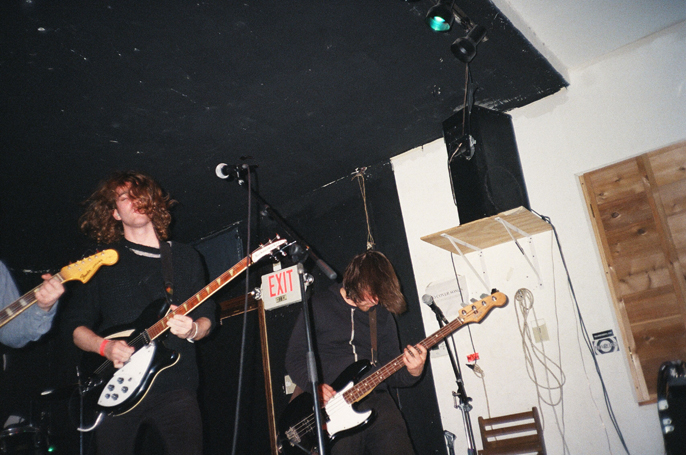 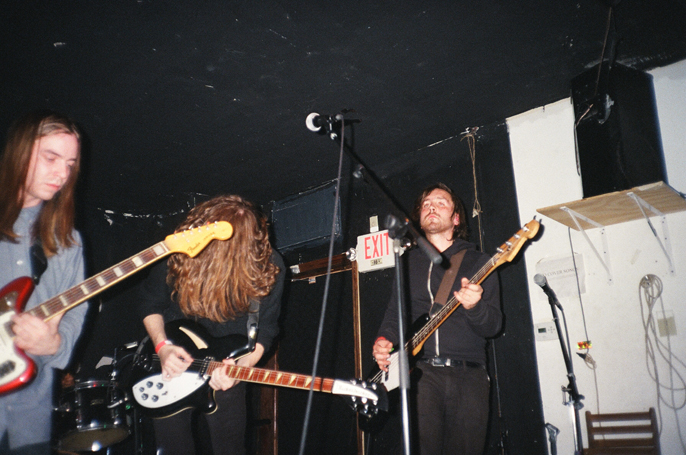