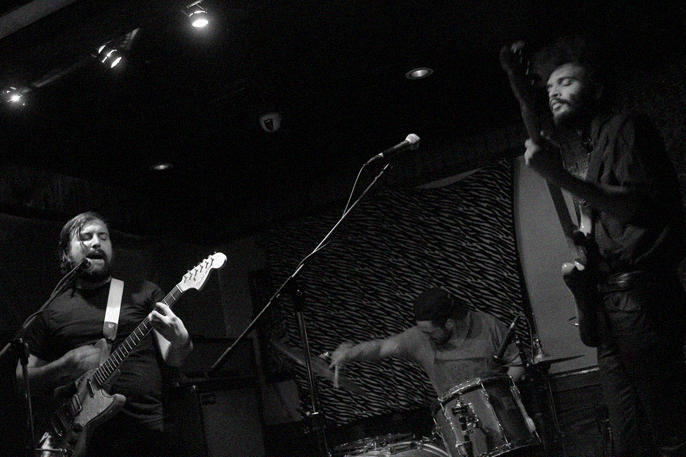 On my first trip to The Flat, it was only fit that I was treated to an evening of intense rock and roll, seeing how I was coming down from a weeklong bender. I was given a heavy dose in the unique package of New Modern Nails, a band about which I knew literally nothing prior to this night.

Their first ever live set was prefaced by one from Video Daughters, a hard rock trio that surprised me with a refreshingly grim re-imagining of early 2000s power punk-pop that, á la The Vines, The Hives, the darker sounds of The Strokes, and the good parts of Weezer. Video Daughters aggressively channeled a modest sound and for the most part, was a highly compelling act. Frontman and guitarist Mike Green led the trio and frequently broke out in fits where he did some seriously demented shit to his guitar in the most appealing avant-rock fashion possible. It sounded like angry wizard cats fighting with electricity. Equally as noteworthy were the gutting melodic bass lines laid down by bassist Ronnie Gonzales, a new addition to the group. But their lackluster songwriting often failed to match the intrigue of their interesting sound. Keep an eye out for their new tape though, as well as their future evolution. 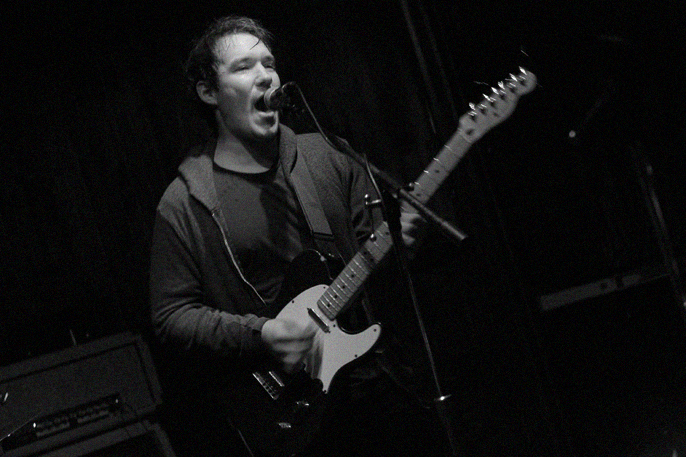 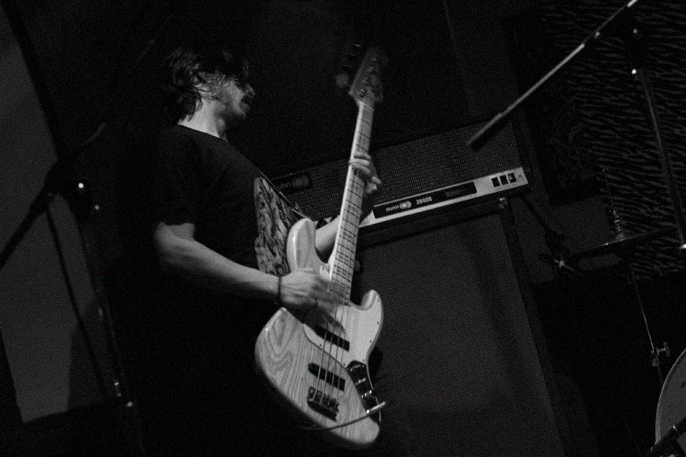 Feeling better than before Video Daughters’ set, I still had a way to go. Two spoonfuls of sugar helps the medicine go down.

New Modern Nails didn’t waste any time taking the stage. Not knowing what to expect, I was still somehow pleasantly surprised. Like Video Daughters, they engaged a modest but overwhelming energy. Only their set crept its way into a large range of emotions and influences, harnessing especially the isolation and loneliness of 80s drone music — shoegaze, new wave, and punk to name the most notable. Such unique and disparate influences simultaneously sounded like everything, and nothing at all. Frontman and guitarist Ethan Miller belted out guitar and vocal melodies that recall 90s power pop ballads, bassist Lee Lichstein channeled the trip-rock swagger of the 1970s, and drummer Justin Padro decimated the drums like in the glory days of hard metal — before it started sucking. After they bid us adieu, I was surprised his kit was still left standing. 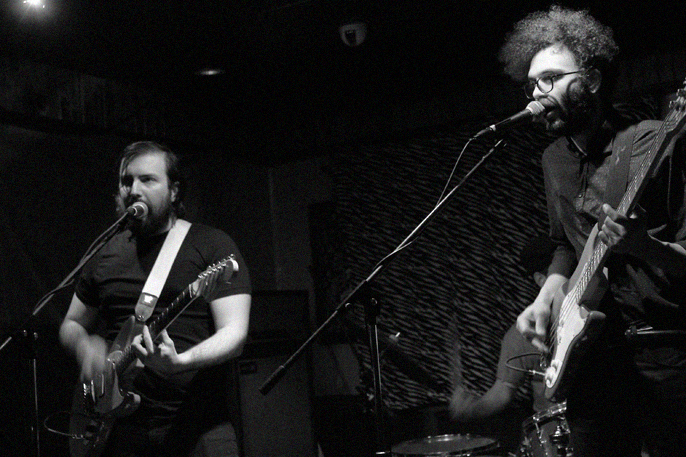 Allow me to elaborate on said drumming. Padro puts a good eighty-five to ninety-three percent of other local drummers to shame in reminding us what rock drums are supposed to sound like. Much more so than on other instruments, it is very easy to coast along as a mediocre drummer (as one myself, I should know). But it takes a unique kind of talent to play next level drums as Padro did during his outfit’s maiden voyage. His crazy fast, hard hitting fills and ubiquitously high standard of musicality had me shaking my head in disbelief several times throughout the evening. More importantly, like a sideways-turned gat, Padro smashed his crash cymbol with a lateral hand, as if to shout “THUG LIFE!” 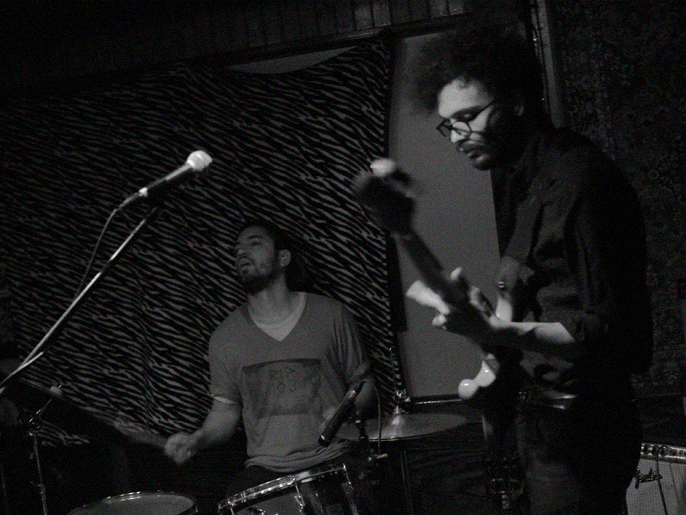 Aside from Padro’s drumming, the most memorable quality of New Modern Nails’ music is their songwriting ability and conjuring of interesting sonic texture. They compose each song with varying sounds, emotions, and tempos, which, as simple as it may sound, is actually a difficult feat to realize with cohesion, and is increasingly rare in the global indie circuit. Their songs are simultaneously tough but calming, jagged and cushy. Each song contains pieces of grungy bass, atmospheric guitar that at its most abstract sounds like angry futuristic video game effects, charmingly flat vocals, and hollow, crisp drums. Theirs is an ambitious style that never sounded cliché.

In announcing that this was their first show, New Modern Nails said something to the effect of: “We don’t know what to expect. We could crash and burn, or be amazing, but that’s the fun.” As is to be expected of a debut performance, their set signaled some flaws. The band needs bass lines that take more risks, a more energetic stage presence out of its lead singer, vocals that are a bit more emotive, and a more cohesive identity. And maybe Padro could slide his attention away from bumprushing fills and towards subtler, funkier grooves.

But on a night when no one knew what to expect, I left feeling energized, exhausted, and like I just witnessed top quality artists attempt a very ballsy and unique musical endeavor. And I will be waiting to see what New Modern Nails does next, with much higher expectations, and more sobriety.